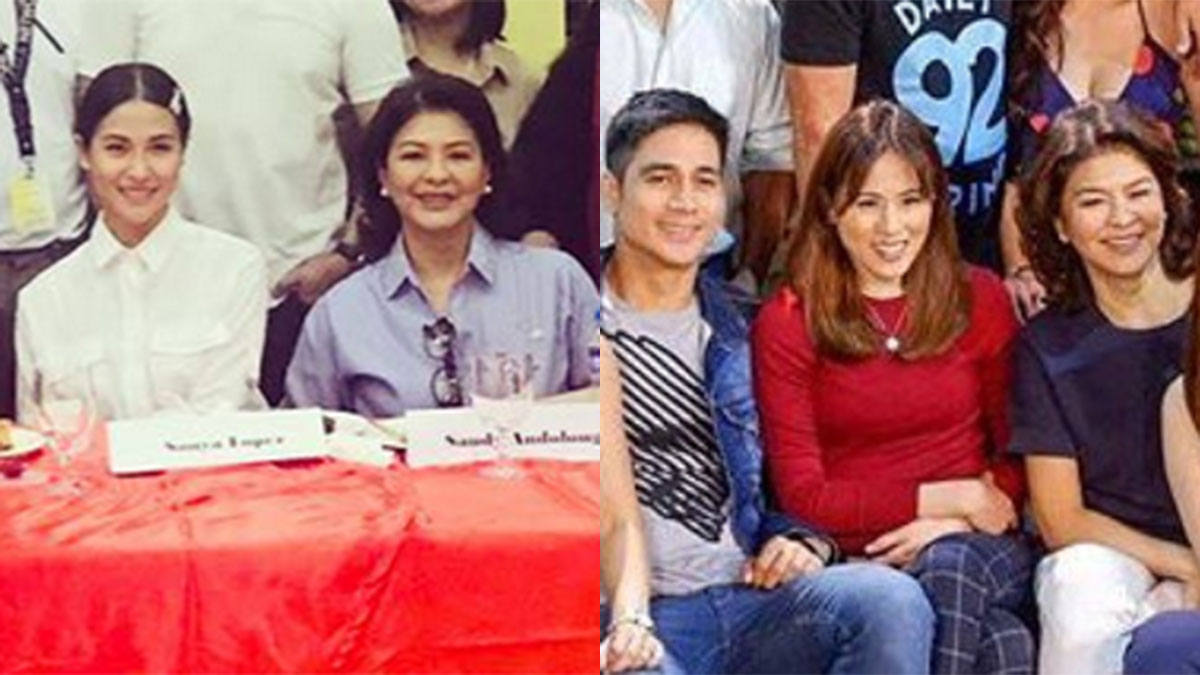 She will be part of an upcoming teleserye, tentatively titled Blood Money, which features the reunion of Sanya Lopez and Rocco Nacino's love team.

Sandy attended the story conference of the show last March 20. Photos of the story con were posted on Sanya's Instagram account.

Blood Money is under the direction of Ricky Davao.

Since 2014, Sandy has been appearing only on ABS-CBN's weekly sitcom, Home Sweetie Home, starring Toni Gonzaga.

Her last regular teleserye was GMA-7's remake of Anna Karenina aired in 2013.

However, while doing a Kapamilya sitcom, Sandy was able to star in an episode of Magpakailanman in late 2018.

Since 1998, Sandy has been doing intermittent projects with ABS-CBN and GMA-7.

She also had a short apperance in the remake of Pangako Sa 'Yo in 2015.

The two first worked in the prime-time series, Encantadia, in 2016, where they assumed the roles of Danaya and Aquil, respectively.

Their love team proved to be such a success that GMA-7 gave them their follow-up series, Haplos, together with Thea Tolentino and Pancho Magno.

This is also Winwyn Marquez's first teleserye after winning Reina Hispanoamericana in 2017, and after backing out of the prime-time series, Pamilya Roces.

While their roles are yet to be disclosed, Rocco's inclusion in the series can also mean that he might not be part of GMA-7's remake of Descendants of the Sun (DOTS).

This is contrary to speculations of fans that he will be part of DOTS remake, after Rocco posted photos of him undergoing military training.

An airing date has yet to be announced for Blood Money.