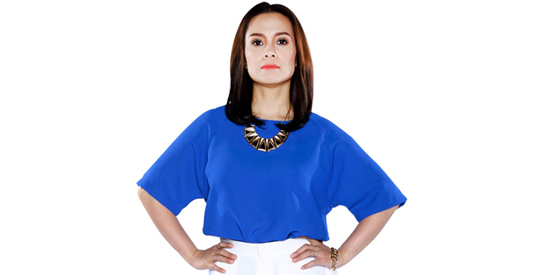 In the first night of two-night finale of the singing talent search show, Broadway actress Lea commended Juan Karlos for his charming performance of Bruno Mars’s “Runaway Baby” during the Up Beat round.

In her turn to comment, Lea told the Cebuano Charmer, “I’m actually looking at you as a 13-year-old and see what you’re going to be like five years from now.

“‘Yong mga DJ na ‘yan, wala, sorry, their names will be erased once you get to that age.

DJ is the popular nickname of She’s Dating the Gangster actor among his fans, who immediately expressed their disappointment over Coach Lea’s comment.

However, the winning coach of The Voice Season 1 was quick to clarify that her comment on Juan Karlos did not mean anything negative about Daniel.

Ohhh dear... I offer my deepest apologies to Daniel P and his fans. In building up JK I neglected to think that I might hurt other people.

I meant no disrespect, but I humbly ask for forgiveness if that's how it came across. Sana mapatawad po ninyo ako sa aking pagkakamali.

In connection to this, Twitter followers accepted Lea’s apology while others gave her their support.

@MsLeaSalonga what? I think it was a compliment towards Dj bec you made him the basis of fame. We should be thanking you instead

@iMic27 @MsLeaSalonga agree, its non-offensive since you said "5 years from now" JK will most probably beat DJ.and i believe even now he do

POWER BALLAD AND UPBEAT ROUNDS. Meanwhile, the final four contestants of The Voice Kids showcased their singing prowess for a two-round vocal battle last night, wherein they each performed a power ballad and an upbeat song.

Coach Sarah Geronimo told him after his performance, “You know, the best thing about you is you sing from the heart.”

Coach Bamboo was impressed about how Darlene still managed to keep identity while performing this song.

In the upbeat round, where Darlene performed Charice’s “Louder,” Coach Lea took note of her protégé’s intonation.

She told the so-called Girl on Fire, “That is one heck of a performance, ‘yong kanina at ngayon.

In the upbeat round, Lyca showed the three coaches and the audience that she can also perform English songs by singing Carly Rae Jepsen’s “Call Me Maybe.”

Darren Espanto gives his powerful version of Basil Valdez’s “Ngayon” in the first round.

In the upbeat round, Team Sarah’s Total Perfomer owned the stage while performing Justin Bieber’s “Somebody to Love.”

FINAL ROUND. For the last round of the two-night finale, each contestant will be paired with guest local music artist—Gary Valenciano, Martin Nievera, Lani Misalucha, Aiza Seguerra, and novelty rock group Aegis.

The winner will be determined by the accumulated votes for each contestant during each round.

The first The Voice Kids grand champion will take home P1 million, a one-year recording contract from MCA Universal, house and lot, a home appliance showcase, a musical instrument showcase, and a P1 million worth of trust fund.

The finale will happen tonight, July 27, at Resorts World Manila in Pasay City, and will be aired live on ABS-CBN.