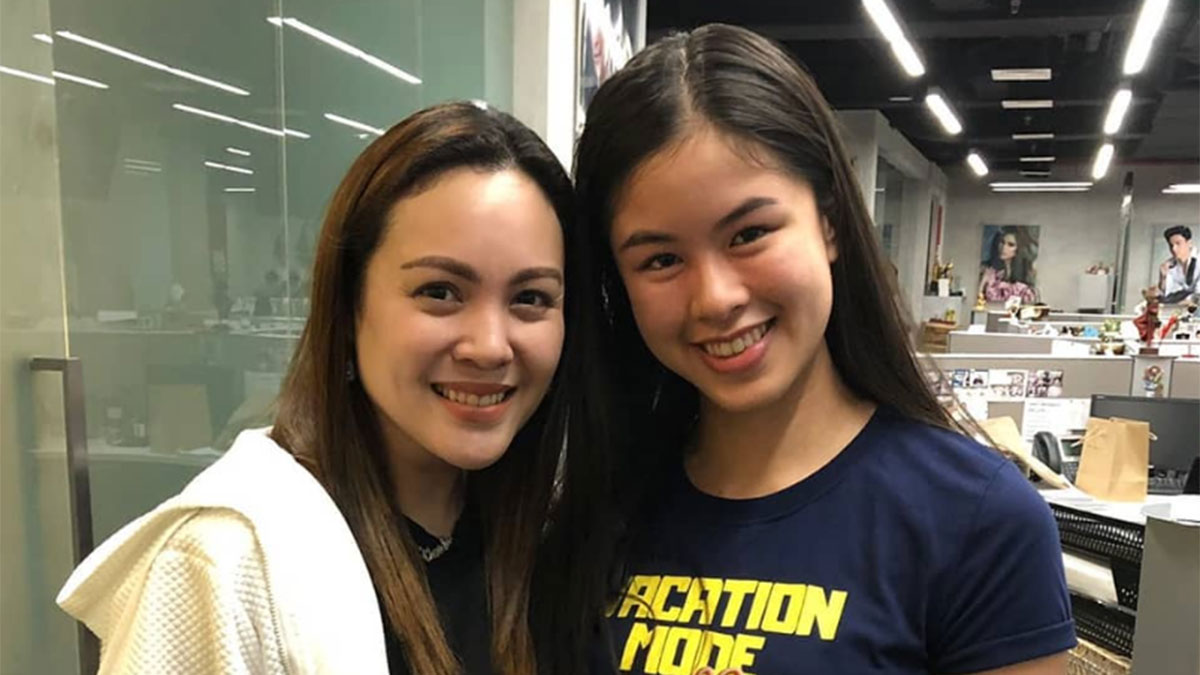 Kisses Delavin posts photo with Claudine Barretto during the latter's recent visit to the Star Magic office. Does this mean a project for Claudine in ABS-CBN is in the works?

After many years, Claudine Barretto was spotted at the compound of her former mother network, ABS-CBN.

Claudine was seen in a photo uploaded on Instagram by Kapamilya actress Kisses Delavin last March 25.

Claudine and Kisses were photographed at the Star Magic office at the ELJ Building of ABS-CBN.

Kisses wrote in the caption: "With the ABSCBN teleserye queen"

It isn't clear if Claudine's visit happened on March 25, or if it is a late post.

However, Claudine revealed during her Instagram Live with sister Gretchen Barretto last March 20 that she might be seen in teleseryes and movies in the future.

Claudine started her career with ABS-CBN as part of Ang TV in 1992. Back then, she was managed by ABS-CBN Talent Center, which is now known as Star Magic.

In 1997, Claudine got her big break on television when she top-billed the prime-time series, Mula sa Puso, with Rico Yan and Diether Ocampo.

For this reason, ABS-CBN tagged Claudine as the "Optimum Teleserye Queen."

In 2009, people were surprised by Claudine's decision to leave Star Magic and Star Cinema. She signed a management and movie contract with VIVA Films and VIVA Artists Agency.

This was immediately followed by a shocking career move: transferring to ABS-CBN's rival network, GMA-7.

In 2010, Claudine's contemporary and another ABS-CBN teleserye queen, Judy Ann Santos, was officially dubbed by the network as the "Queen of Pinoy Soap Opera."

Back then, Judy Ann was chosen to be the face of ABS-CBN's celebration of the 60 Years of Pinoy Soap Opera.

It became a big deal when both Claudine and Juday were given the "Teleserye Queen" title.

This was a particularly sensitive topic for Claudine because it was during her network transfer that Juday was given the title.

Meanwhile, in a TV Patrol interview with Juday on the same year, she pointed out: "Ako, I believe that if it weren't for Claudine na magkasabay rin kaming gumagawa ng teleserye, dalawa kami. I believe dalawa kami, nagkataon lang na kumabilang bakod siya."

During Claudine's stay with the Kapuso network, she was able to do her self-titled drama anthology and a teleserye titled Iglot, apart from other guest appearances.

In 2012, after her contract with GMA-7 was not renewed, Claudine took a break from acting.

In 2015, she made a comeback in her mother studio, ABS-CBN, via an episode of Maalaala Mo Kaya.

This was followed by a comeback movie with Star Cinema, Etiquette for Mistresses. During her comeback, Claudine was tagged by the Kapamilya Network as the "Optimum Star."

After doing the movie, Claudine surprised her fans when she agreed to do a teleserye produced by VIVA and TV5. This project was the remake of the 1985 Danny Zialcita movie, Bakit Manipis Ang Ulap?

After the short-lived series, Claudine returned to ABS-CBN to do an episode of Maalaala Mo Kaya.

Since then, Claudine has not done any acting project.

With her recent visit in ABS-CBN, does this mean Claudine is slated to do a teleserye in the Kapamilya Network or headline a movie that will be produced by ABS-CBN Films?

Claudine and ABS-CBN have yet to officially make an announcement regarding this.