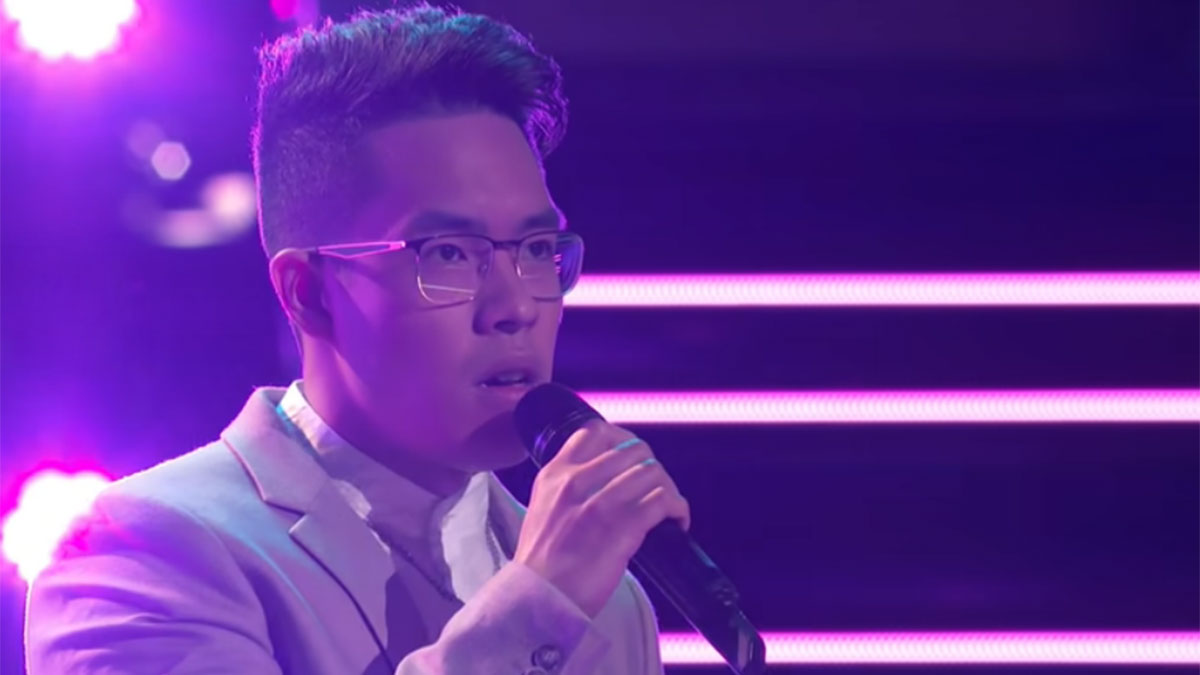 Twenty-year-old Filipino singer Jej Vinson advances to the next round of The Voice US Season 16.
PHOTO/S: The Voice US

Filipino singer Jej Vinson advances to the next round of The Voice US.

In the 16th season of the American reality singing competition, Jej faced contestant Beth Griffith-Manley during the "Battles" round.

Jej and Beth performed their own rendition of the song "Jealous," which was popularized by Labrinth in 2014.

Both are members of coach Kelly Clarkson's team.

He told the contestants, "Jej, your tone was really interesting and cool. Beth, the same thing, actually. Both of your voices don't sound like I've heard the song before, but you both really sounded great doing it."

Coach Adam Levine described the unison they did as "maybe the best I've ever heard."

If both singers were part of his team, Adam said that he would have chosen Jej.

The Maroon 5 vocalist reasoned out, "I'll probably gonna go with Jej just because you did upstage Beth a little bit."

Meanwhile, their coach Kelly was very happy by thier performance.

She told Jej and Beth, "I'm so excited because you all did exactly what I asked you because you are so incredibly talented.

"That's why not only the unison parts were so in sync, but what you all did in harmony, it is note-for-note on point. It's insane how incredibly talented you both are."

In the end, she chose Jej as the winner of the battle, allowing him to remain as part of her team.

Kelly went up the stage to hug Jej and told him, "I'm looking forward to you, man!"

Explaining her choice in a separate The Voice interview, Kelly said, "I picked Jej because his range is incredible."

In another interview, Jej promised: "Thank you, Kelly, for believing in me and choosing me. I'm not gonna let you down!"

Jej, a 22-year-old Filipino based in Los Angeles, was a four-chair turner during his blind auditions for his performance of "Passionfruit" by Drake.

(To learn more about Jej's performance during the blind auditions, read: Maroon 5 vocalist to Pinoy contestant: "You're a better singer than all of us.")


Here is Jej Vinson's performance during the "Battles" round: