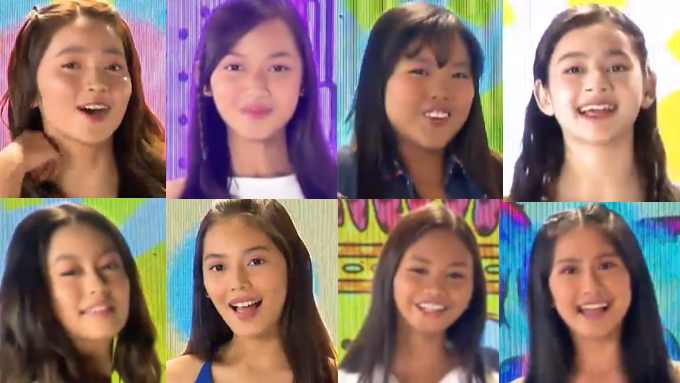 A huge crowd gathered outside the Pinoy Big Brother Otso house last night, March 31, to witness the exit of the Big Four of the show’s second batch. The batch has become very popular, so it was not surprising that there were a lot of fans who waited to greet housemates Yamyam Gucong, Fumiya Sankai, Andre Brouillette, and Lou Yanong. The hosts of PBB Otso even commented that the size of the live audience seemed equivalent to the Big Night.

The last moments of the four adult housemates in the house were chill and relaxed. They are now lifelong friends, and they planned to continue the connection in the outside world.

But Big Brother still did not fail to keep things interesting. Kuya even asked showbiz host Boy Abunda to moderate a tapatan, or a one-on-one question session, with the Big Four of the adult housemates Batch 1.

The first tapatan was between spiritual brothers Yamyam and Fumiya whose comedic tandem has been dubbed as Fumiyam.

Yamyam’s first question was if Fumiya ever got angry with him. Fumiya answered, “Hindi galit, because we are together.”

Fumiya asked Yamyam to give three things that he dislikes about him. Yamyam said there isn’t one negative trait about Fumiya. “No, kasi I understand you a lot.”

Yamyam asked if they will continue be be brothers outside the house. Fumiya answered with an enthusiastic, “Siyempre!”

The second tapatan was between Lou and Andre, who gained a lot of supporters because they developed a romantic relationship during their time in the house.

Lou asked Andre if he regrets the controversial kiss that got them into trouble weeks ago. Andre said he does not, and he added, “It is something I want to save for the right time, but with tequila in my blood, and you know how I feel towards you, we kissed.”

Andre asked Lou what her definition of love is. She answered that it is putting someone as a priority. “Love is putting them before anything else. Priority wise, next to family.”

How does she know that she’s in love? If she’s nervous, she said.

Is she nervous now? “Yes,” she confirmed.

Lou’s turn came up. She asked Andre if he thinks the relationship could continue even outside the house. Andre was hopeful. “I absolutely do, because I feel we understand each other and I feel like we can work anything out because we are honest with each other,” he said.

Then it was Andre’s turn and he dropped a bombshell.

“Lou, over the past few weeks with you, I’ve learned a lot more about you and I feel that we’ve gotten a lot more closer. And I can say that, honestly speaking, you are absolutely one of the most amazing girls I’ve ever met,” he started.

Andre continued, “I can trust you, I feel we can talk anything out, we can work anything out. We’re there for each other in the very hard times. You’re my sun to my typhoon. We can laugh together. The cute little whistle in your nose when you laugh, or the turtle fights that we have. Yun. I honestly mean it when I say that I am falling in love with you. I love you, which leads me to this question that I’ve been wanting to ask. Will you be my girlfriend?

Lou hesitated a little, but she responded positively.

“Of course,” she said, making them an official couple. Andre and Lou, who have been dubbed as the LouDre tandem, then gave each other a hug.


Before the exit of the PBB Otso Adults Batch 2, a netizen using the Twitter handle @jozefd14 pointed out that viewers were not shown the audition clips of certain housemates, namely Fumiya and Andre.

"We saw Lou and Yamyam’s introduction to themselves from the auditions..."

"And we also didn’t see Andre’s audition clip too!!!"

The exit of the adult housemates signaled the start of the third batch of PBB Otso. It’s back to teen housemates this time, and the show first introduced eight female Star Dreamers that have the potential to become official housemates of PBB Otso teen edition Batch 2.
ADVERTISEMENT - CONTINUE READING BELOW ↓

The eight girls started their journey at the Hundred Islands in Alaminos, Pangasinan, where they have to face several challenges to prove that they are worthy to enter the house.

These are the eight new Star Dreamers:

The eight male teen Star Dreamers will be introduced in the next episode.