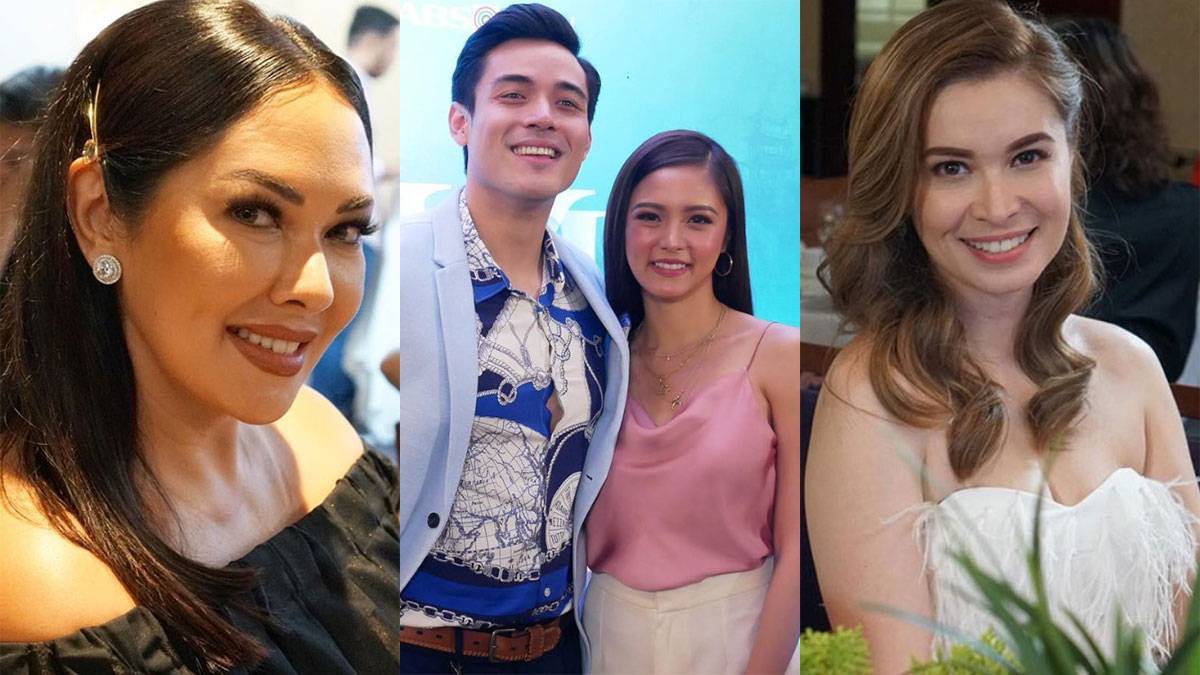 Kim Chiu and Xian Lim are teaming up again for a teleserye after three years.

The story conference held on April 8 was attended by all the cast members of the Kapamilya teleserye.

According to ABS-CBN News, Kim is cast as the daughter of the characters of Sunshine Cruz and Christopher de Leon. The characters of Kim and Erich Gonzales are actually half-sisters.

At the start of the series, Xian's character is the fiancé of Erich Gonzales’ character.

Kim and Xian last worked together in the prime-time series, The Story of Us, in 2016.

Sharing top billing with Kim and Xian is actress Erich Gonzales, who works with Kim again after seven years.

Xian was also in that project as the young John Estrada.

But the last full-length soap of Kim and Erich together was the 2007 drama series, Sana Maulit Muli, wherein they figured in a love triangle with Gerald Anderson.

It was both Kim and Erich's first foray to portraying lead roles in a TV series.

This is also her first regular show with ABS-CBN, after transferring to TV5 in 2010.

Sunshine Cruz first confirmed to PEP.ph (Philippine Entertainment Portal) in a March 12 interview that she is staging an ABS-CBN comeback this year. She was last seen in the GMA-7 series Kapag Nahati ang Puso.

Zsa Zsa Padilla, Eula Valdes, and Christopher de Leon comprise the veteran stars who are part of this new teleserye.

Former actresses Jana Victoria and Jennifer Sevilla, who both took a hiatus from showbiz, are staging their comebacks via Love Thy Woman.

The upcoming drama series will be directed by Jeffrey Jeturian, who works with Dreamscape Entertainment for the first time after many years.

More details, including the airing date and official timeslot, have yet to be announced for Love Thy Woman.