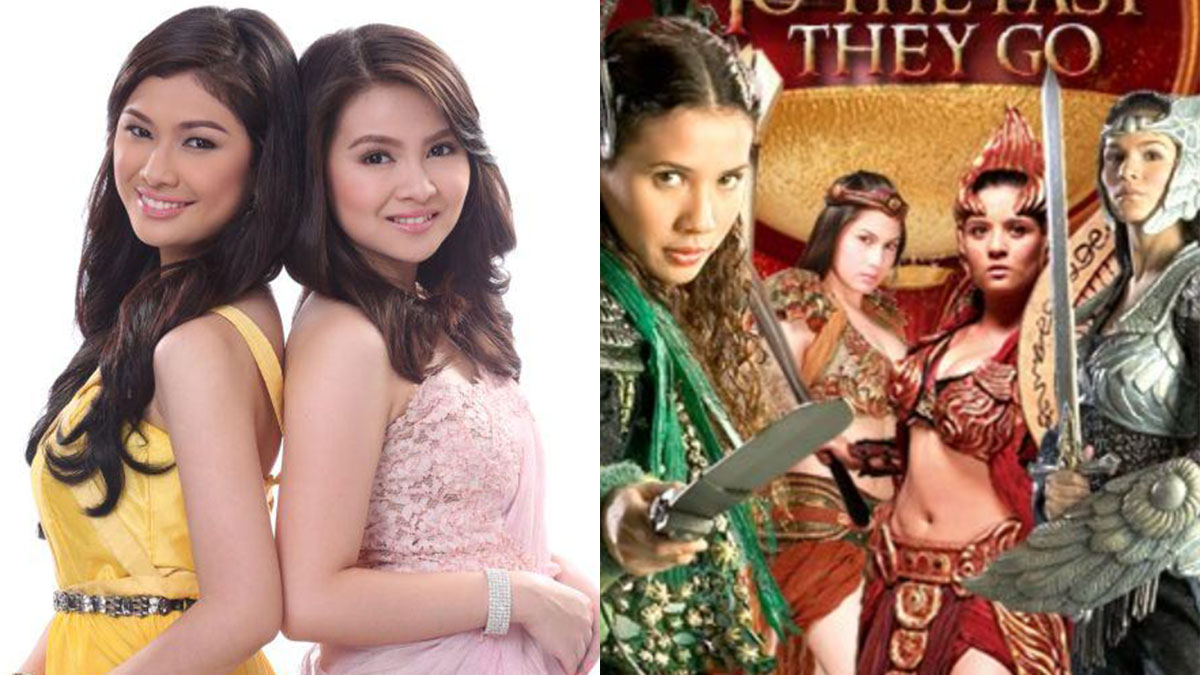 The Half Sisters (left) and Encantadia (right) are two of the longest-running GMA teleseryes.
PHOTO/S: GMA-7

The regular run of a drama series, especially among GMA-7 teleseryes, is usually 13 weeks.

However, this is not always the case for all GMA teleseryes.

Depending on its success and TV ratings, a GMA teleserye can get extended up to more than one year.

PEP.ph (Philippine Entertainment Portal) regularly reports about the Kapuso shows that get awarded with extensions.

PEP.ph looks back on the longest GMA-7 teleseryes that aired from the 1990s to the present. The shows included in this list aired for a year or almost 52 weeks.

Take note that this list does not include weekend GMA drama shows (like Anna Karenina and TGIS) and seasonal umbrella drama shows (such as Daisy Siete and Sine Novela).

This project was GMA-7’s first foray into producing teleseryes after almost two years (the last was the 1999 series Di Ba’t Ikaw, starring Jessa Zaragoza, which aired for five months). Executives of the Kapuso Network said they were happy with the reception of viewers to Ikaw Lang Ang Mamahalin.

Back then, it was also normal for a show to run for more than one year on television, especially if it is successful in terms of ratings and feedback.

In the middle of this GMA drama, Sunshine Dizon was pulled out of the show.

It was said that a real-life rivalry between her and Angelika caused her to leave the show, but according to her contract, she was only allowed to do 13 episodes.

Still, the series continued to air with Angelika taking the solo lead in the series.

In 2011, GMA-7 produced a remake with Barbie Forteza and Joyce Ching assuming the characters of Angelika and Sunshine, respectively. This time, the network aired it as part of its afternoon block.

The remake, which ran for 20 weeks on air, was also considered a long-running show because at that time, GMA teleseryes normally run for 13 to 16 weeks, especially in the afternoon slot. 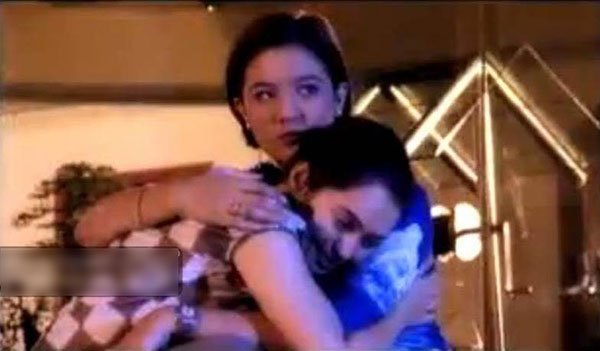 The Half Sisters is GMA-7’s afternoon series starring Barbie Forteza and Thea Tolentino. It ran from June 9, 2014 to January 15, 2016.

Before reaching an almost two-year run, The Half Sisters was only intended to air for 13 weeks or one season.

The Half Sisters registered impressive ratings that, at times, according to AGB Nielsen, it would come second to Eat Bulaga, GMA-7’s top-rating noontime show.

Because of this, the GMA-7 show was extended up to January 2015.

Its replacement show, Healing Hearts, was ready to air that month.

However, the Kapuso Network decided to extend The Half Sisters indefinitely. Healing Hearts was then placed in the third afternoon slot in April 2015.

In October 2015, GMA-7 invited reporters for a press visit to the set of The Half Sisters, which was intended to be a finale press conference. However, its director Mark Reyes announced there that the show is extended for one more season. Finally, the show stopped airing on January 2016.

The Dingdong-Tanya show was considered a success since it was able to put up a close fight against ABS-CBN’s Pangako Sa 'Yo in the ratings game.

At that time, Pangako Sa 'Yo was considered as the No. 1 drama series when it comes to ratings.

Since Sana Ay Ikaw Na Nga proved to be a success when it ended on April, GMA-7 gave Dingdong and Tanya another follow-up series titled Twin Hearts that aired its pilot episode in October 2003. It ran for eight months. 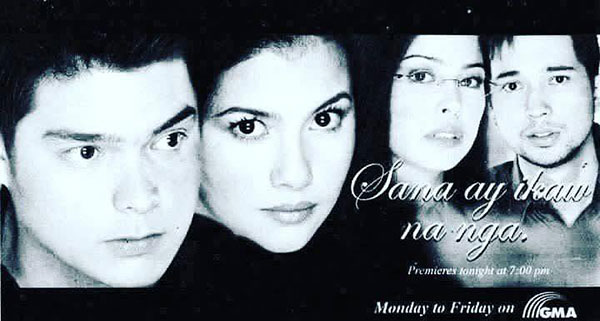 Ika-6 Na Utos is GMA-7’s successful afternoon drama series starring Sunshine Dizon, Ryza Cenon, and Gabby Concepcion. It tackled the story of a wife and a mistress fighting over one man. It aired its pilot episode on December 5, 2016.

The GMA drama had a slow start in the ratings game, until the show's conflict started escalating. Viewers then became hooked on the show's campy and outrageous fight scenes.

These confrontation scenes became viral online, and spawned memes on social media. One scene that went viral was Emma (Sunshine) and Georgia's (Ryza) fight scene at a baby store. Georgia ended up pointing a nerf gun at a scared, pregnant Emma.

It was also the first soap, after many years, that aired from Monday to Saturday. 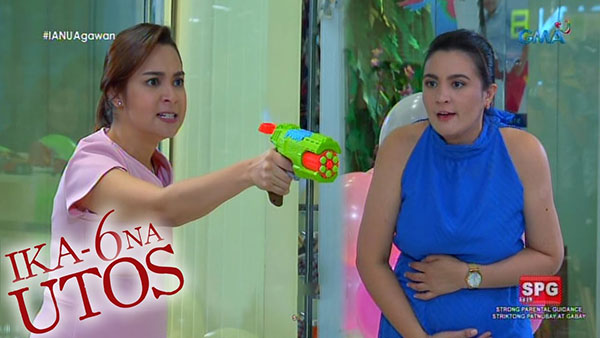 In 1996, RPN-9 introduced Mexican dramas in the Philippines via Thalia’s MariMar. The show was so successful that ABS-CBN transferred its top-rating afternoon series, Mara Clara, to the prime-time slot.

As a result, a three-way fight ensued in the ratings game among MariMar, Mara Clara, and Villa Quintana.

Even though Villa Quintana placed third in the ratings game sometimes, the series earned a huge following that it still registered impressive ratings until its final episode on January 24, 1997.

With its success, VIVA Films planned to do a movie version of the show. However, the plan was shelved, along with other movies because at that time, sexy movies were making more money in the box office.

In 2013, GMA-7 did a remake of Villa Quintana with Janine Gutierrez and Elmo Magalona playing the lead roles. The remake was a consistent top-rater that it ran from November 2013 to June 2014, or seven months. 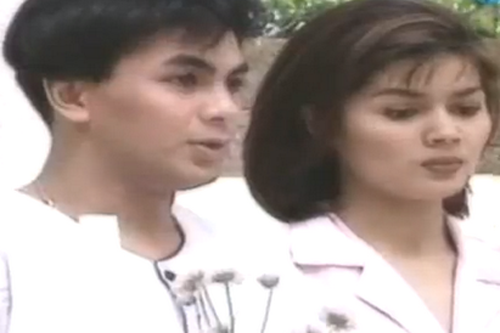 After Sunshine Dizon was pulled out of Ikaw Lang Ang Mamahalin, GMA-7 assigned her to play the lead role in the politically-themed drama series, Kung Mawawala Ka.

Sunshine was paired with Cogie Domingo, who was eventually pulled out of Ikaw Lang Ang Mamahalin. Their show premiered on April 22, 2002.

The series, directed by Joel Lamangan, was pitted against Pangako Sa ‘Yo when it entered GMA Telebabad.

Kung Mawawala Ka was only supposed to run for nine months, but due to good feedback and impressive ratings, the show was extended for one more season.

According to Joel Lamangan, even though GMA-7 bigwigs wanted to extend Kung Mawawala Ka's run even more, it was him and writer Roy Iglesias who decided to end the story to remain faithful to their storyline. 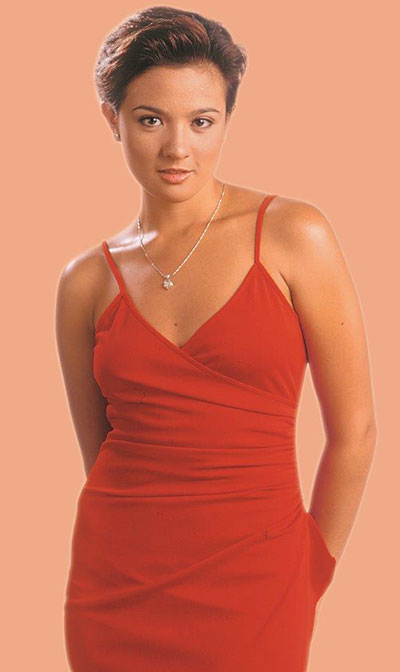 Ang Iibigin Ay Ikaw, launched in July 8, 2002, was dubbed as GMA-7’s "cine novela." It was not a remake of a movie, but GMA-7 coined the term since the show's sequences were shot and treated like a movie.

The drama series was top-billed by Christopher de Leon, Lani Mercado, Alice Dixson, and Richard Gomez. Karen delos Reyes was being groomed as the next drama princess of GMA-7 through this program.

However, halfway through the GMA-7 show, Karen was reportedly causing problems on the set, and her character was eventually killed. This paved the show to end its first chapter on April 11, 2003, and introduce its second book titled Ang Iibigin Ay Ikaw Pa Rin.

The show also featured Gladys Reyes, who just transferred to GMA-7 and VIVA after her main kontrabida role in the ABS-CBN series, Mara Clara. It aired its pilot episode on March 17, 1997.

The popularity of Angelu and Bobby’s love team in the youth-oriented series TGIS spilled over to this drama series that it ran for one year and one month on television. 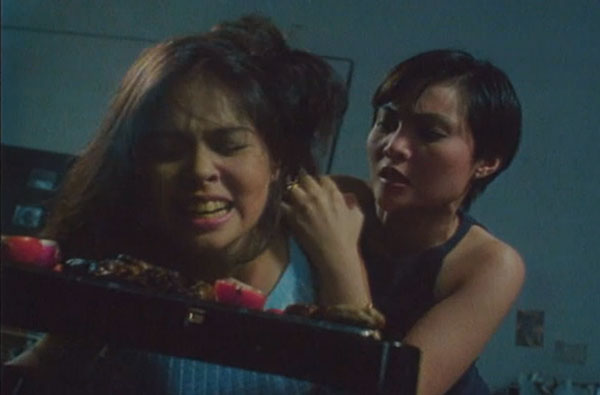 Considered as one of the most successful and iconic shows of GMA-7, Encantadia is also one of the network's longest-running shows. It aired its pilot episode on May 2, 2005 and ended on April 28, 2006.

Top-billed by Sunshine Dizon, Iza Calzado, Karylle, and Diana Zubiri as the four Sang'gres, the show registered impressive ratings on its timeslot.

It also has a huge following that it earned its own fanbase called "Encantadiks."

In 2016, GMA-7 aired a requel (remake and sequel) of Encantadia, which also had a long run from July 2016 to May 2017. It was pitted against ABS-CBN's highly successful series, FPJ's Ang Probinsyano. 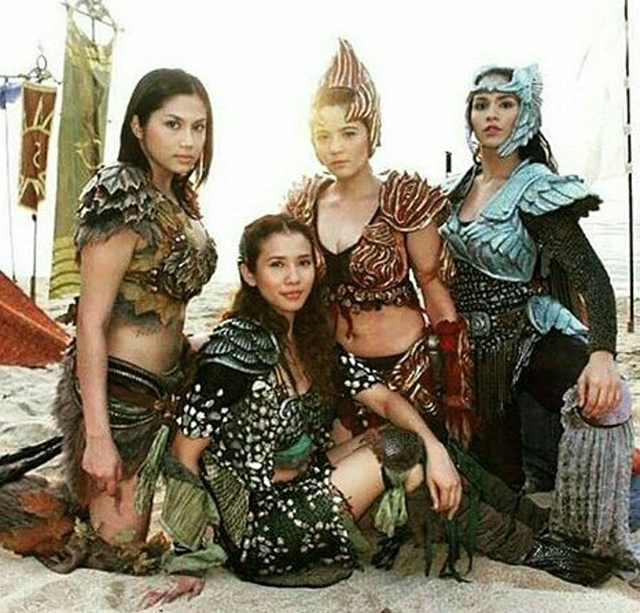 The GMA-7 show replaced Ikaw Lang Ang Mamahalin on its timeslot on November 4, 2002.

This time, Angelika was joined by Toni Gonzaga, Railey Valeroso, and Victor Neri.

Chynna Ortaleza and Richard Gutierrez, who were paired in the latter part of Ikaw Lang Ang Mamahalin, were also part of the series.

The show also earned good ratings on its timeslot, that it ran for almost a year, or 50 weeks.

It was also the oldest GMA-7 series to be re-aired on FOX Filipino. 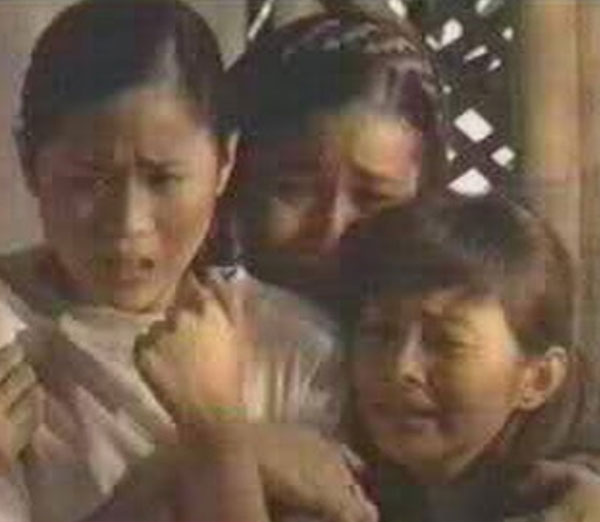