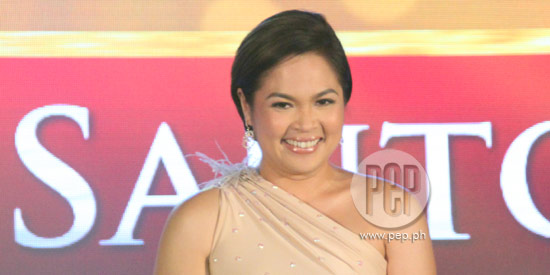 Infotainment TV program MTRCB Uncut will air every Sunday on PTV4 starting August 10, 2014. Judy Ann Santos (in photo) will guest on the “Klik Kay Juan at Juana” celebrity segment of the pilot episode.

Premiering on 10 August 2014, Sunday, at 8pm is MTRCB Uncut, an infotainment TV program that tackles initiatives about the TV and motion picture industries. The program is an initiative of the Movie and Television Review and Classification Board (MTRCB) and government television station People’s Television Network Inc. (PTV4).

MTRCB Uncut is hosted by MTRCB board members Bobby Andrews and Jackie Aquino. Segments include “Pulso ni Juan at Juana” in which board member Gladys Reyes interviews viewers to get their insights and opinions, and “Kita-Keats,” wherein educator Board Member Carmen “Keats” Musngi dishes out her funny observations about media.

The heart of the show is “Prangkahan,” a no-holds barred discussion with MTRCB board members and resource persons on issues that promote and protect the family, the youth, the disabled, and other vulnerable sectors of society requiring special attention in the realm of media and entertainment.

Gracing the “Klik Kay Juan at Juana” celebrity segment of the pilot episode is queen of primetime Judy Ann Santos-Agoncillo.

MTRCB Uncut is the first foray of the government classification agency into TV production. Chair Toto explains the show’s rationale by saying, “We embarked on this to fulfill our developmental mandate to our primary stakeholders which are the TV viewers and the moviegoers.

“Another goal of ours is to promote audience sensitivity to sectors that are considered vulnerable in media such as the women, children, Persons With Disabilities, and senior citizens.”

Chair Toto hopes that their program will contribute to the Filipinos’ growth as media consumers. “Ultimately, we want to empower viewers to become discerning about what they watch and encourage those in their circle of influence to be the same.”