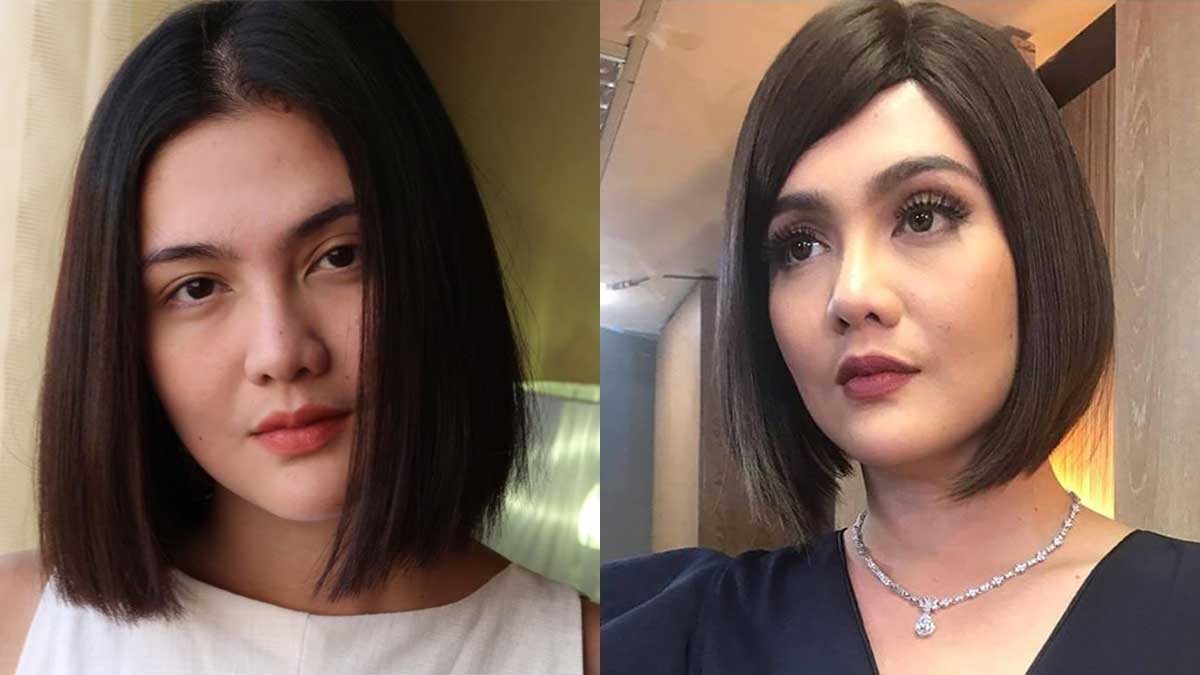 What can you say about Dimples Romana's new hairstyle as Daniela Mondragon in Kadenang Ginto?
PHOTO/S: @iamantoniopapa on Instagram / Daniela Facebook page

Yesterday, April 17, Dimples posted on her Instagram account that she already cut her hair for the show.

She wrote in the caption, "Unleash the dragon"

"Dragon" refers to her Daniela character, whose surname is Mondragon.

Kadenang Ginto viewers wrote comments about Dimples not wearing a wig anymore for her Daniela a.k.a. Dani Gurl character.

Dimples replied to one follower saying that she'll also miss the Daniela wig. 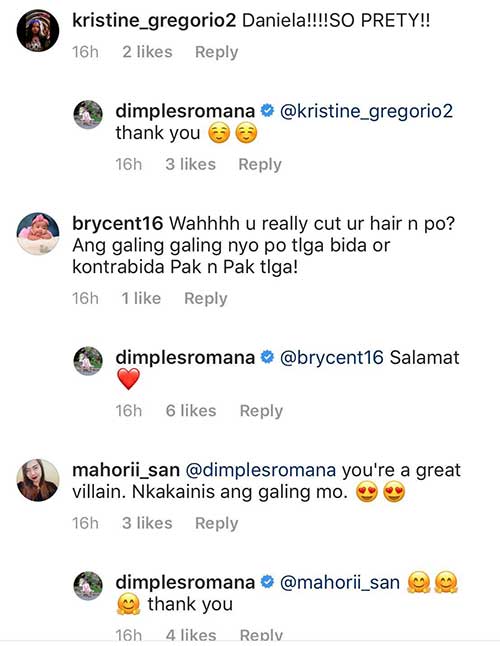 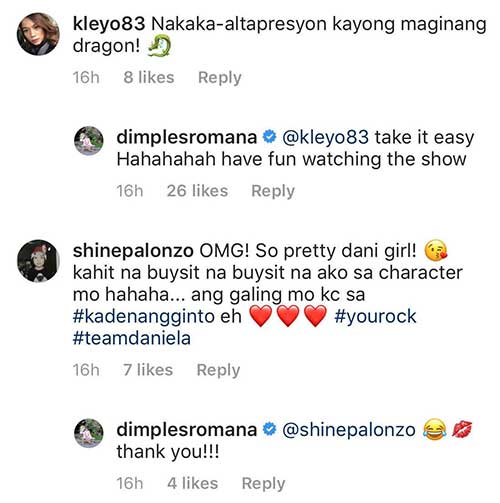 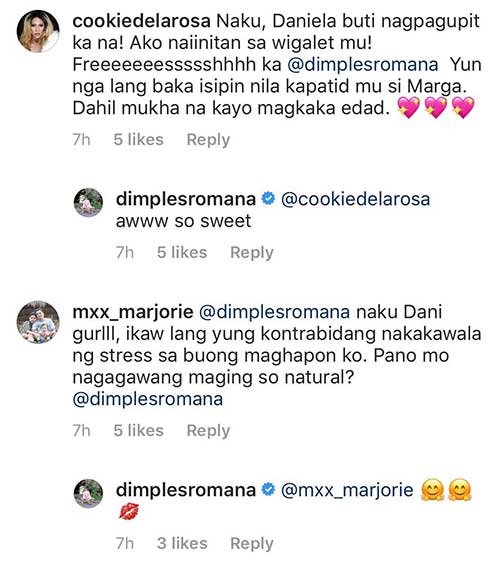 Dimples told PEP.ph (Philippine Entertainment Portal) and other bloggers during her April 14 book launch that she cannot cut her hair yet because she is still shooting the zombie-themed movie, Block Z.

Kadenang Ginto, which has been airing since October 8, 2018, is currently on its second book.

Though there was no official announcement yet, showbiz insiders say that the show will run until it reaches its first year on television this October 2019.

Dimples's wig in Kadenang Ginto became a source of memes and funny posts that surfaced online about the show.

The Daniela character even has its own Facebook page, sharing memes about the wig. 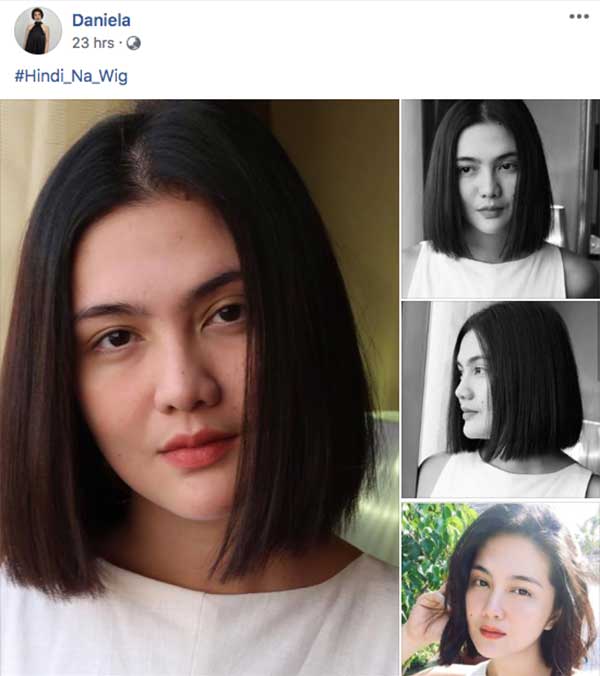 Here are other posts about Daniela's wig: 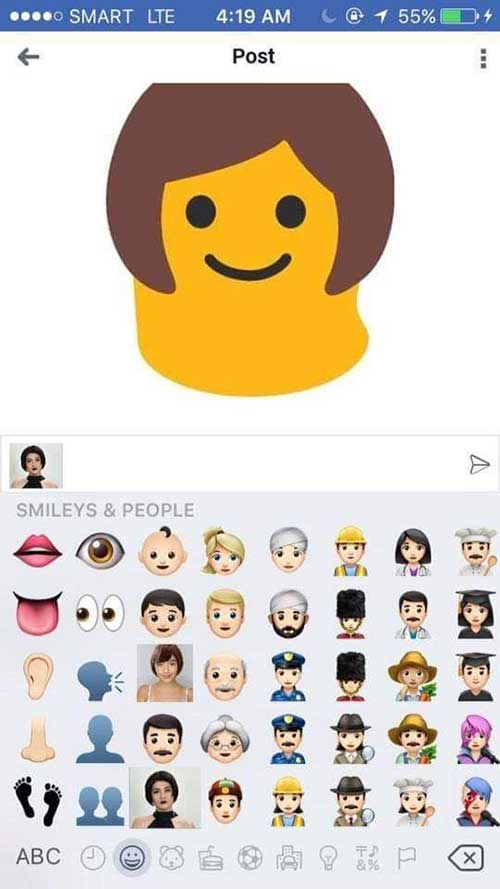 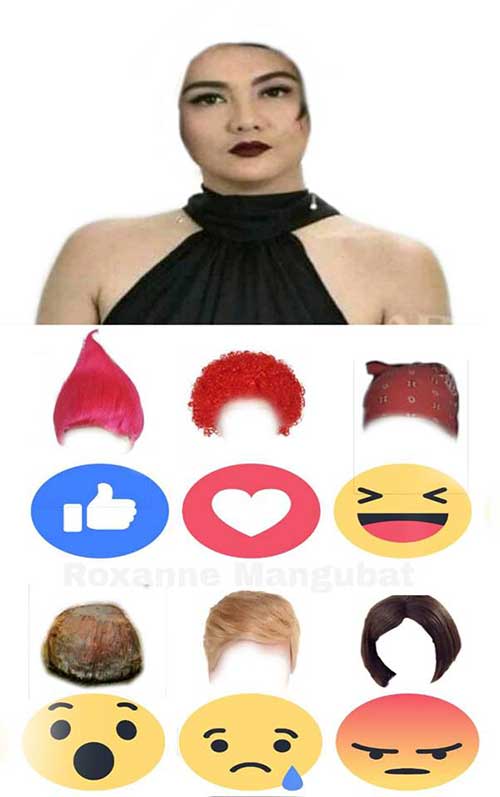 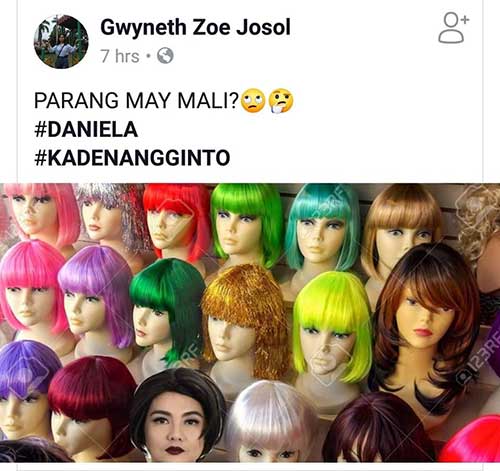