How did Claudine Barretto's MMK comeback fare in ratings game? 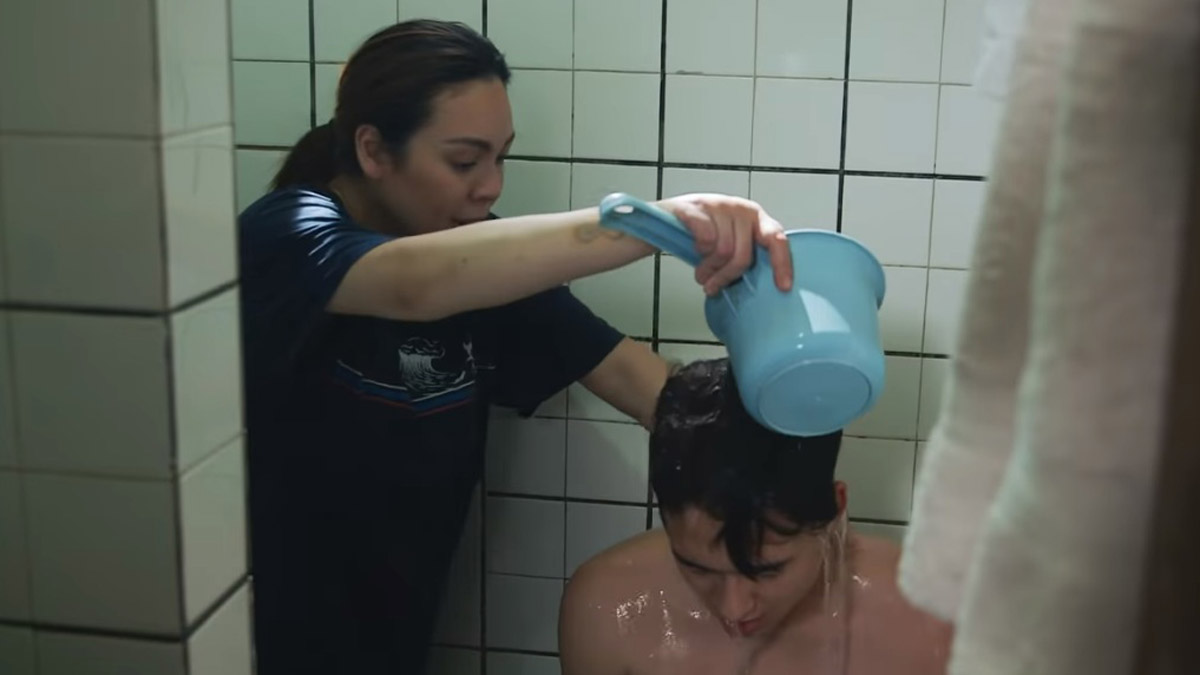 RJ's own biological mother Maya (Kathleen Hermosa) gave him up for adoption. Later on, RJ becomes a well-known dance sports competitor who gets diagnosed with Guillain-Barré Syndrome (GBS), a rare neurological disorder that causes progressive paralysis.

A flashback then showed that RJ was four years old when his adoptive mother left the Philippines to work in Brunei.

It was revealed through a voiceover that his biological mother gave him up for adoption because she wasn’t capable of raising him.

After saving enough money, Vivian brought RJ to Brunei. There, Vivian discovered RJ’s talent in dancing after watching him perform at a class presentation. The shy RJ initially didn’t want to dance because he did not want people to stare at him. But through Vivian’s encouragement, RJ started to believe in himself.

Eventually, Vivian and RJ returned to the Philippines.

RJ was enrolled by his adoptive mother in a dance class. The dance instructor (portrayed by Regine Tolentino) saw his potential and asked him to continue training.

The young man started joining contests and his mother Vivian was always there to boost his confidence and cheer him on.

In one competition, RJ and his partner won for their rumba performance.

Back in school, RJ was teased by his classmates as "gay" for being a ballroom dancer. Vivian was there to protect her son from the bullies.

Since he knew that Vivian was a lesbian, RJ was thankful to have found both a mother and father in her.

RJ asked his adoptive mother about her girlfriend but Vivian said Jean went back to Japan. Jean could not understand why Vivian had to devote all her time to him.

RJ then assured Vivian that he will never leave her. He promised to protect her and to make her proud so that she would not regret choosing him and being his mother.

After some time, RJ gets confined in a hospital. Doctors feared the worst about his condition, and he was advised to visit a neurologist in Manila.

A doctor revealed that because of Guillain-Barré Syndrome (GBS), RJ will experience progressive paralysis starting from the feet and affect the rest of his body.

At home, RJ disliked eating vegetables, but Vivian kept on preparing healthy meals for him. She also told RJ to give up dancing temporarily, but RJ did not want to stop.

Vivian insisted that he should stop until he gets the approval of his doctor.

RJ continued with his physical therapy. However, it can be seen that his condition was worsening.

He then visited the dance studio where he used to practice. At home, he tried to do the steps but he fell and stumbled.

It reached the point where Vivian had to help RJ take a bath.

Vivian opened up to her mother about RJ's worsening condition. Her mother advised her not to lose hope. She stressed that the challenges sent her way are not punishments sent by God.

The young man became despondent and locked himself inside his room. He did not want to attend his therapy anymore because he felt he was being a burden to his adoptive mother. RJ felt disheartened because the people who used to admire him have now come to pity him.

Vivian reminded him that he was still lucky because he could still do things that other GBS patients can’t do anymore. She also assured her son that he is a blessing to her life even though he got diagnosed with this disease.

The two hugged each other while Vivian expressed her unconditional love for RJ. The next day, RJ tried to dance once more.

Eight months later, after continuous therapy and taking medication regularly, RJ started joining local and international dance competitions once again. Even though his GBS symptoms recurred at times, he still represented the Philippines in competitions outside the country.

The episode ended with mother and son dancing and hugging each other.

How did Claudine Barretto's TV comeback fare in the ratings game?

According to Kantar Media, the MMK episode titled "Dance Floor" was able to get a Kantar TV rating of 22.2%.

The ABS-CBN comeback of Claudine allowed MMK to become the second most-watched program on Saturday, April 27, 2019.

The No. 1 show with the highest TV rating that day was Idol Philippines, which registered 27.9%.

The Claudine Barretto-Jameson Blake MMK episode was outperformed by its rival show based on AGB ratings. This is based on Nationwide (NUTAM) People's Ratings data.

According to AGB Nielsen data, the Kapamilya drama anthology show MMK got a much lower AGB rating of 9.7%.

The Kapuso drama anthology show Magpakailanman got an AGB rating of 11.1%.

Jeric Gonzales and Denise Barbacena portrayed a married couple in this episode titled "Male Sex Slave sa Saudi." Jeric's character was forced to have sex with his female employer who had hidden his passport and held him against his will.