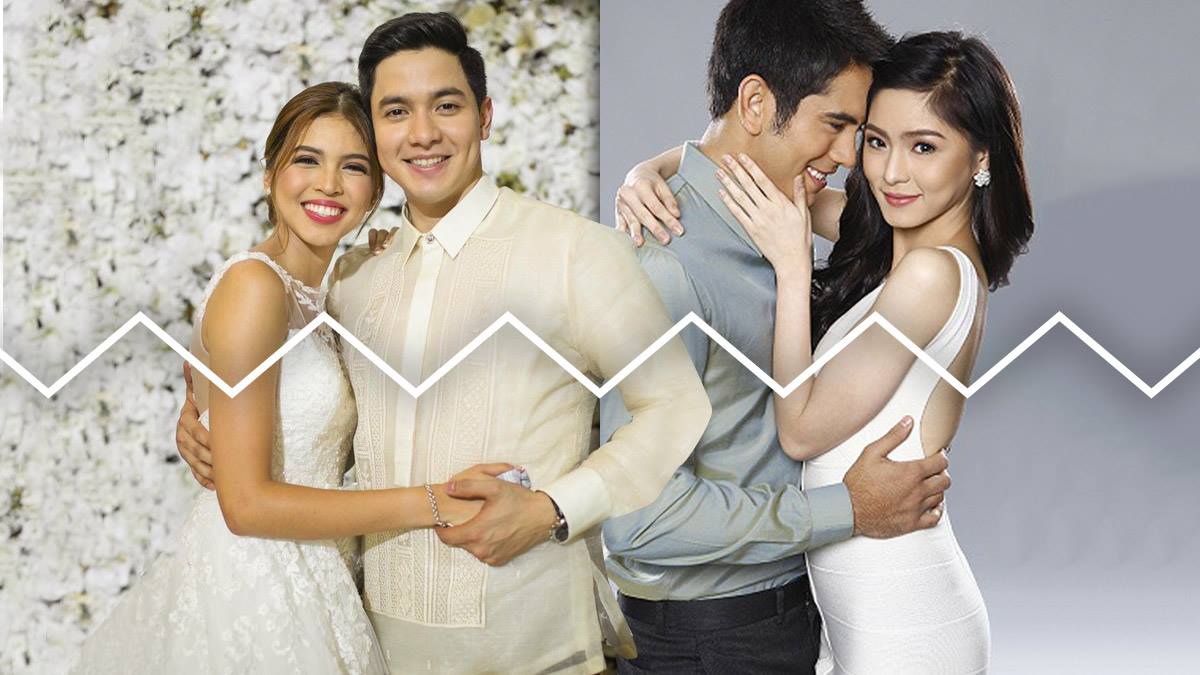 The split-up of AlDub and Kimerald are among the most-talked about Pinoy love team breakups.

Nowadays, it is impossible to picture Philippine showbiz without loveteams.

While some onscreen romances cross over into real life, there are other love teams partners who go their separate ways.

Why did these tandems have a fallout? Who broke up with whom?

Here are nine of the most talked about Philippine love team breakups:

Alden Richards and Maine Mendoza’s love team was "accidentally" formed in July 2015 during a segment of Eat Bulaga.

As Yaya Dub, Maine was supposed to be the stern-looking assistant of Donya Nidora (played by Wally Bayola). However, when Maine saw Alden looking at her while he was at the studio, she could not help but smile at her celebrity crush.

This paved the way for them to have a "split-screen" romance that was documented through the "Kalyeserye" segment of Eat Bulaga.

Since then, the whole nation was hooked, hoping that they will all witness a reel-turned-real romance.

However, Alden and Maine remained colleagues as they continued hosting the Kapuso noontime show.

They began to pursue separate projects in 2018. Alden top-billed the fantaserye Victor Magtanggol and got two leading ladies: Janine Gutierrez and Andrea Torres.

This project allowed Maine to meet ABS-CBN actor Arjo Atayde. In March 2019, Maine confirmed that she was dating the Kapamilya actor.

Meanwhile, Alden gets a new leading lady from ABS-CBN: Kathryn Bernardo. They form the KathDen love team that will be featured in the upcoming Star Cinema movie titled Hello, Love, Goodbye.

(Read PEP's Special Report: The breakup of AlDub: A timeline) 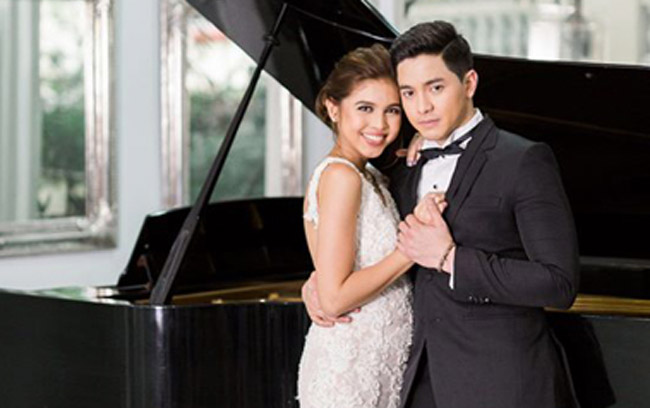 Considered as one of the most enduring Philippine love teams, Kimerald first started within the walls of the Pinoy Big Brother house. After joining the reality show, Kim Chiu and Gerald Anderson were paired in Kapamilya TV shows and movies as a love team.

However, in 2010, Kim and Gerald went their separate ways.

In April 2010, Gerald became close to Bea Alonzo after doing a concert tour in the United States. The Kapamilya actress told Gerald to wait three months before she agreed to enter into a relationship with him.

During the press conference for the movie Till My Heartaches End, Gerald broke down as he admitted that he and Bea have been receiving death threats from some Kimerald fans.

Some people threatened to pour acid on him and Bea who was accused of causing the breakup of Kimerald.

The intense pressure caused Bea and Gerald to split up in November 2010.

Three years later, Maja Salvador (who was Kim’s best friend at that time) confirmed her relationship with Gerald. Upon getting the confirmation, Kim cried over it on national television. This caused a controversial rift between the two former best friends. Gerald and Maja eventually ended their relationship in 2015.

Gerald then reconnected with ex-girlfriend Bea when they did the 2016 movie How To Be Yours, paving the way for them to rekindle their romance. 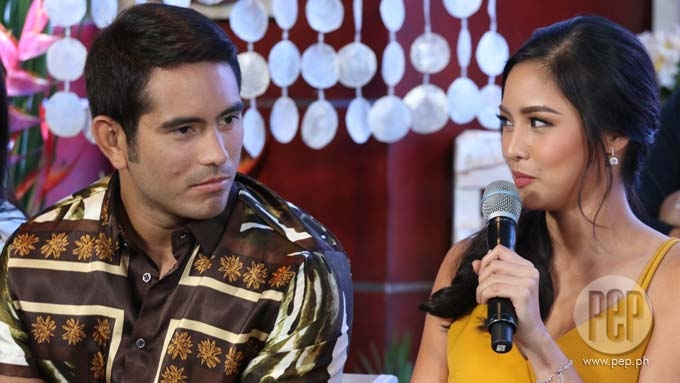 The 2016 ABS-CBN teleserye Born For You launched the ElNella loveteam. Through this project, former GMA-7 actor Elmo Magalona developed a budding romance off-cam with Janella Salvador.

However, Janella’s mom expressed her displeasure over her daughter’s rebelliousness, with some followers thinking that Jenine did not support Janella’s relationship with Elmo.

Months later, Jenine published a Facebook post about a “gatecrasher” during their Yuletide family reunion. Fans assumed that she was referring to Elmo.

On September 9, 2018, Janella posted a cryptic tweet about physical violence. She wrote, “I think everyone deserves someone who does not hurt them regardless if they’re drunk or not.” She added, “Men who are raised properly are never supposed to hurt women no matter what.”

However, the Kapamilya actress did not name the person who supposedly committed these acts.

It was only in October 2018 when Janella alleged that Elmo was physically hurting her.

In an interview with the Philippine Star, Janella said that Elmo had hit her twice. “The first time happened months earlier. He claimed that he didn’t remember what he did, maybe because he had a drink, and he asked for forgiveness and I gave him a chance," she was quoted as saying.

The second time supposedly took place after they attended a party of Janella’s friend. She claimed Elmo had too much to drink that night. To defend herself, Janella slapped Elmo because she felt he disrespected her.

In a separate interview with the Philippine Daily Inquirer, Janella said, “We built something beautiful—our friendship, our relationship—but some beautiful things need to come to an end.”

Meanwhile, Elmo remained silent about the issue until last December.

In an interview with ABS-CBN News, the Kapamilya actor said he was “doing fine and keeping his focus.” 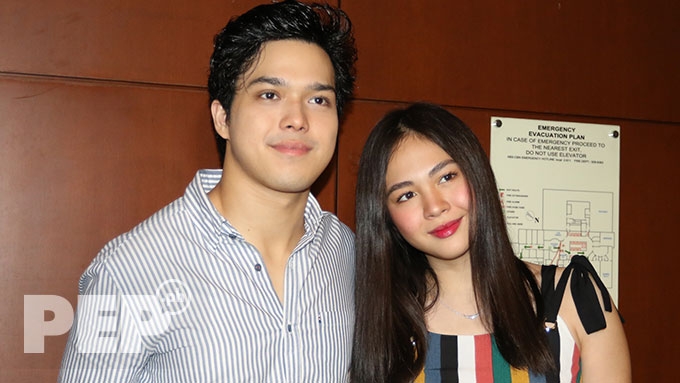 Daniel Matsunaga and Erich Gonzales first worked with each other as guests hosts in the ABS-CBN program Kris TV. Kris Aquino played a huge part in the couple’s lovestory.

The morning show paved the way for them to star in the Koreanovela adaptation of Two Wives.

Their relationship was made public when Daniel accidentally introduced Erich as his girlfriend during an episode of Kapamilya Deal or No Deal.

DanRich called it quits in 2017 without revealing the true reason behind the breakup.

Erich said she didn’t really want to talk about her failed relationship with Daniel but she was being provoked by Daniel’s sister, Vanessa.

In a statement sent to ABS-CBN News, the Kapamilya actress said: 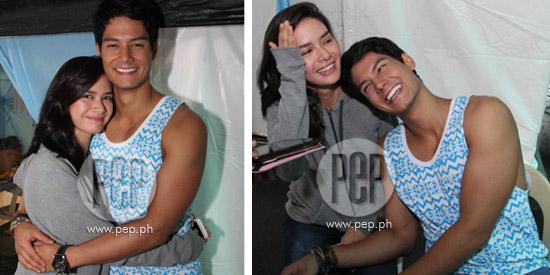 With no definite reason, the four-year-old tandem of this GMA-7 love team ended on May 2018.

Gabbi Garcia released an open letter reflecting on the years that she was part of her GabRu love team with Ruru Madrid. 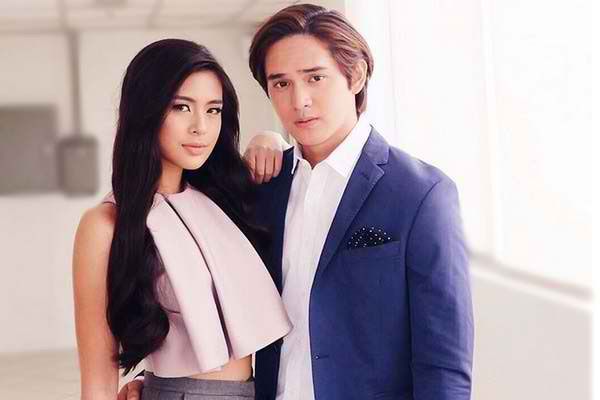 The love team dubbed as McLisse went through a difficult time in March 2018 but they did not disclose the reason behind their falling out.

Despite their personal rift, McCoy and Elisse pushed through with their 2019 movie Sakaling Maging Tayo.

In a YouTube video posted by Black Sheep, McCoy admitted he was at fault, saying he sacrificed their relationship for his family. “Mali ko kasi, sinakripisyo kung ano man yung sa amin, for the sake of happiness of family. Ayun, sorry.” 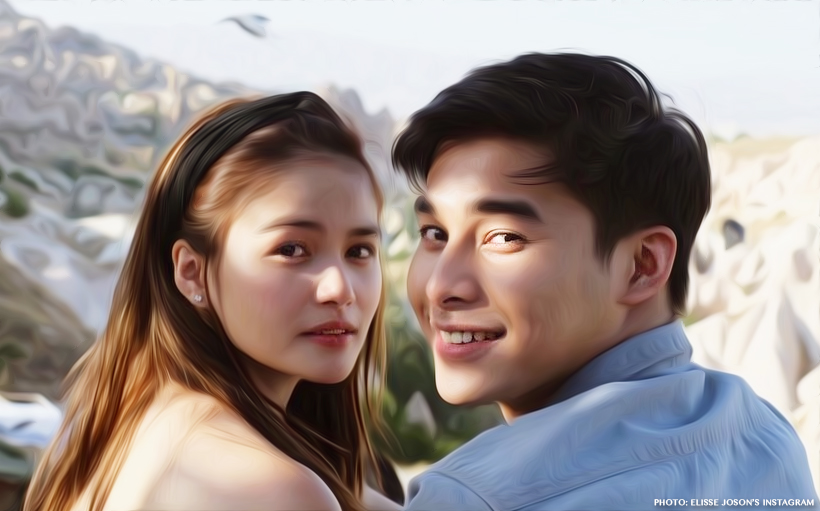 After garnering a loyal following over the years, the love team of teen stars Nash Aguas and Alexa Ilacad has come to an end. Dubbed NLex, the love team partners actually had an MU setup (mutual understanding) in the past. This was revealed by Nash in an interview with PEP in October 2018.

As for Alexa, she said in a PEP interview in May 2018: "Hindi kami magkaaway o magkagalit or anything. Naisip lang namin na ayaw naming manloko ng mga fans na kunwari super okay, smiling and all.

"We chose it would be better for us also individually to try new things.”

One of their last projects was the 2017 ABS-CBN drama television series The Good Son.

Nash Aguas is now in a relationship with Kapuso actress Mika dela Cruz.

Meanwhile, Alexa took a break from showbiz to pursue her studies. Through her Instagram account, Alexa showed off her Dean’s Lister certificate.

(Read: Alexa Ilacad confirms breakup of love team with Nash Aguas: "It's time for something new, it's time for a change.") 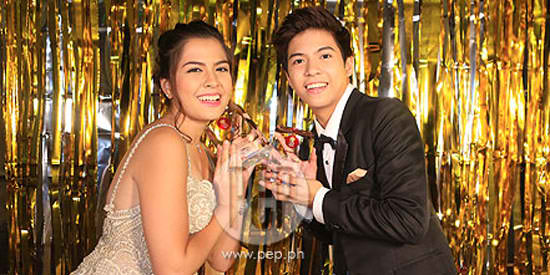 The actress admitted that her loveteam with Marco Gallo was scrapped a month after she co-starred a movie with him.

In an interview, the PBB Lucky 7 Second Big Placer did not explain what caused their falling out. She expressed her gratitude to their fans by saying, “We're no longer a pair, pero I want to thank everybody who supported us ever since."

A now-deleted clip from a Kapamilya Chat session showed that there was tension between the two teens when Marco asked Kisses if she’s pissed at him. Caught off-guard, Kisses brought up the time when Marco snubbed her parents.

The two appeared in the 2017 romantic comedy, Loving in Tandem alongside Maymay Entrata and Edward Barber.

(Read: What caused the breakup of KissMarc love team?) 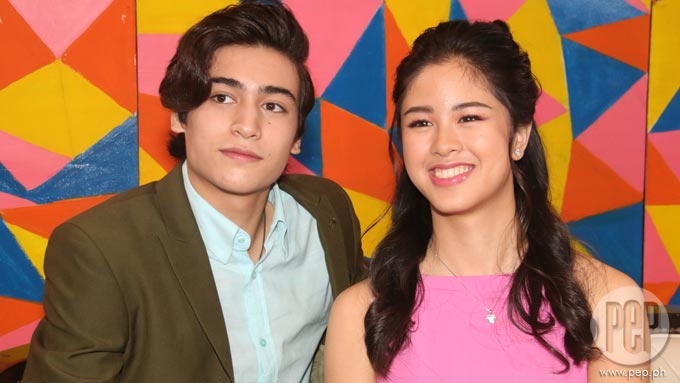 Tommy Esguerra met Miho Nishida when they were housemates of Pinoy Big Brother: 737. Their closeness eventually blossomed into romance that extended even after they exited the ABS-CBN reality show.

But it was over for Tomiho fans when Tommy confirmed that he broke up with Miho, his reel- and real-life partner of one-and-a-half years.

Asked why their relationship did not work out, Tommy answered, “I don't think it's just one reason.

“It's a culmination of many things. We have different values, different morals.

"I guess, in the long run, that it wouldn't play out well." 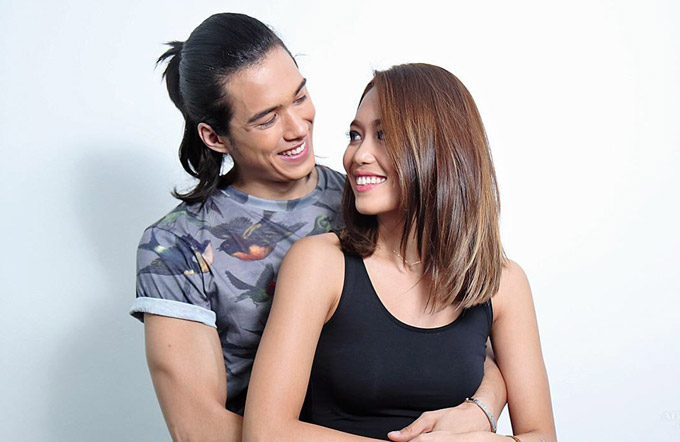