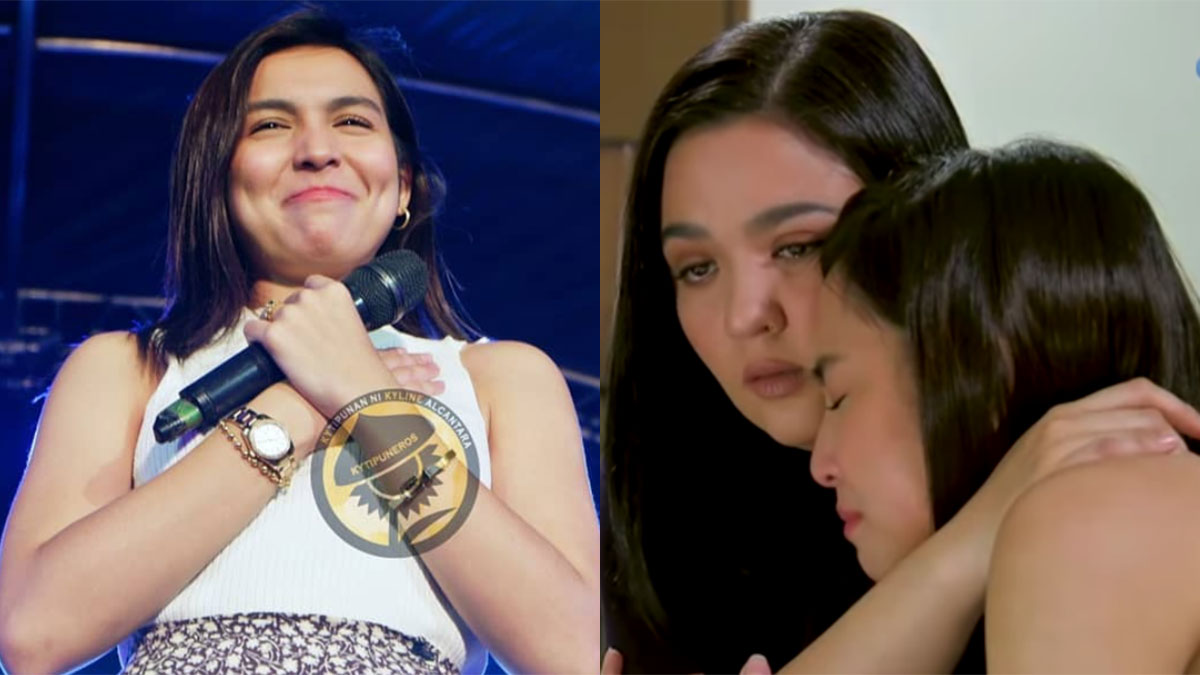 Kyline Alcantara cries during her regional show in Dagupan as she announces for the first time that her GMA-7 afternoon series Inagaw na Bituin is down to its last three weeks.
PHOTO/S: @KYtipuneros on Twitter / Inagaw na Bituin (GMA-7)

This was first announced by the show's lead actress, Kyline Alcantara, during her April 30 regional show in Dagupan City.

Upon hearing the crowd sing with her during the chorus part, Kyline stopped singing and cried.

On May 1, Kyline explained why she cried during her performance.

She wrote, "I cried because it's my first time to announce na 3 weeks na lang ang Inagaw Na Bituin, and i saw the faces of my sunflowers, they got sad. Plus, the crowd of Dagupan sang along with Kinang."

Aside from Kyline, the show also starred Therese Malvar, who was already killed off in the teleserye last week.

A PEP Troika report on March 28, 2019 indicated that there were speculations that Inagaw na Bituin's run will be cut short to 10 weeks. A normal drama series has a standard run of 13 weeks or one season.

Instead of cutting it short, GMA-7 decided to change Inagaw na Bituin's timeslot and place it on the third Afternoon Prime slot at 4:15 p.m. on April 1.

The new show Bihag, which was supposed to premiere on that timeslot, was aired on Inagaw na Bituin's former timeslot at 3:25 p.m.

As Inagaw na Bituin airs its final episode on May 17, the musical drama series directed by Mark Reyes will have a total run of 16 weeks.

Based on teasers being shown on GMA-7, Inagaw na Bituin will be replaced by the new series Dahil sa Pag-ibig.

The new series, which will start on May 20, which will top-bill Sanya Lopez, Winwyn Marquez, Pancho Magno, and Benjamin Alves.