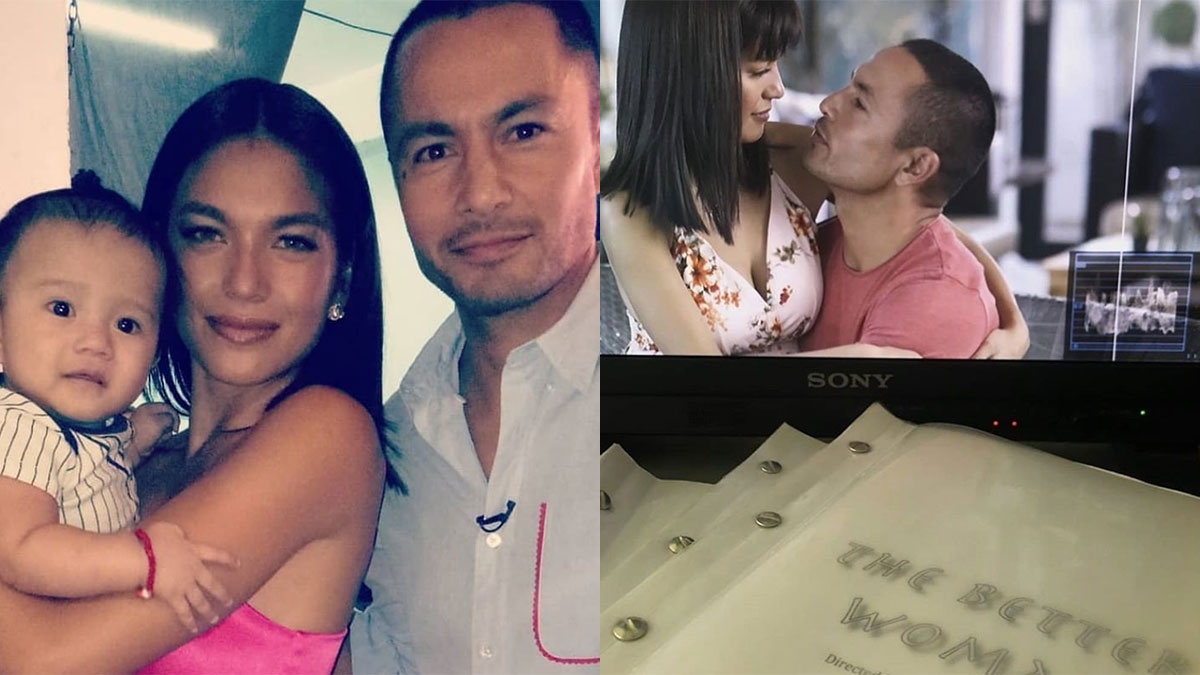 Derek Ramsay has started taping for his first GMA-7 series, The Better Woman.

Last May 13, Derek posted on Instagram a behind-the-scenes photo of him with his leading lady, Andrea Torres.

It can be noticed that Andrea has bangs in her new hairstyle for the Kapuso series.

Derek wrote, "Tnx for the photo @marksdelacruz Im so happy to be working with you again. #thebetterwoman #sisterneggy"

Prior to being a Kapuso director, Direk Mark used to be an assistant director in ABS-CBN TV shows.

Before starting their taping for the series, Andrea had her hair cut short.

In another photo posted on April 25, Derek posed with Andrea and a baby who might be seen in the series.

He captioned the post, "Sorry guys but looks like @andreaetorres has a new leading man. I have been replaced #thebetterwoman"

The Better Woman is Derek's first project with GMA-7 after he signed an exclusive contract as a Kapuso last April 2019.

In this project, they will be joined by Ina Feleo, Frances Makil Ignacio, and Jaclyn Jose.

More details, including the airing date for The Better Woman, are yet to be announced.

The Better Woman is Derek's first teleserye after six years. His last teleserye was TV5's weekly drama show, For Love Or Money, starring Ritz Azul and Alice Dixson, shown in 2013.

Derek was also part of Brillante Mendoza's eight-part series, Amo, which was shown in Netflix and in TV5.