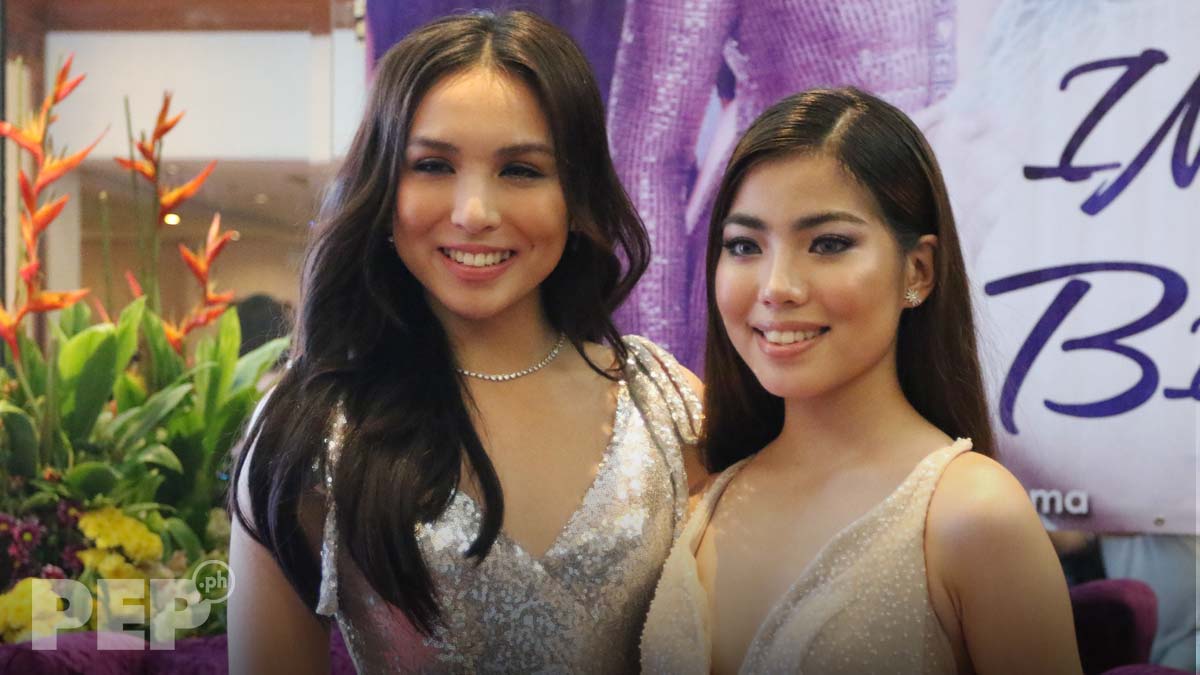 Kyline Alcantara (left) and Therese Malvar reveal the most memorable scenes they did in the GMA-7 teleserye Inagaw na Bituin.
PHOTO/S: Noel Orsal

KYLINE: "Siguro yung scene po where Ariella [Therese Malvar] said on national TV that my character, Elsa, is adopted. I just can’t imagine that happening in real life. There’s nothing wrong on being adopted but people announcing it on national TV is another thing.

“I really wanted to do it very raw and yung normal reaction ng taong nalaman na ampon siya for the first time. It’s not easy but I hope I gave justice to that scene.

"Also, would be the scene where I remember everything about my character’s true identity. I finally realized who my real parents are. It’s a total 360-degree event. From learning na ampon ka then all along you’re with your real parents and niloloko ka ulit. It’s hard to process the feelings but luckily I have very good co-actors who helped me make the scene so beautiful."

THERESE: My scenes with Ate Angelika, because they were almost always dramatic. Especially when I ran to find her inside an abandoned building. Sobrang bigat ng confrontation scene namin doon kaya memorable siya. I really love scenes like that, and to be in a scene with such a great actress is also an honor.”

KYLINE: "I am really proud of the family that we have built during the run of the show. Because of this show I gained a new family. Sa bawat eksena na ginagawa namin we made sure that we put our hearts in it. The sad part is we’re going to miss each other so bad, but I’m really hoping and praying na I get to work with my Ate’s and Kuya’s again very soon.

THERESE: "I am most proud of the cast of this show!

"They are such smart and passionate actors. Even Direk Mark [Reyes], I look up to. They see beyond the lines and script. They play with their characters, understand the context of each scene. I hope we can all work again soon.

"I’m also proud of the people who watched Inagaw Na Bituin for making our scenes trend both on YouTube and Twitter. I’m grateful for it.”

KYLINE: "I’m just so lucky na maging part ng show namin and makasama ang batikan dito sa industriya. They would always give me advice on how to hone my craft and to do things always with love and passion. They would always tell me na in this business, you have to learn that less talk will give you less mistake."

“She told me that I should make my kontrabida role relatable despite the character’s purpose/role. Make them sympathize, and make them love to hate you as well. Ate Shine, and the rest of the cast, told me a lot of advice both in life and showbiz so I’m thankful for them. I will surely miss them all!"

(Read: ANATOMY OF A PINOY TELESERYE: GMA-7 actresses open up about dealing with TV ratings)