Shamaine on intensifying network war: "They don’t want you to do other shows, even in the same network!" 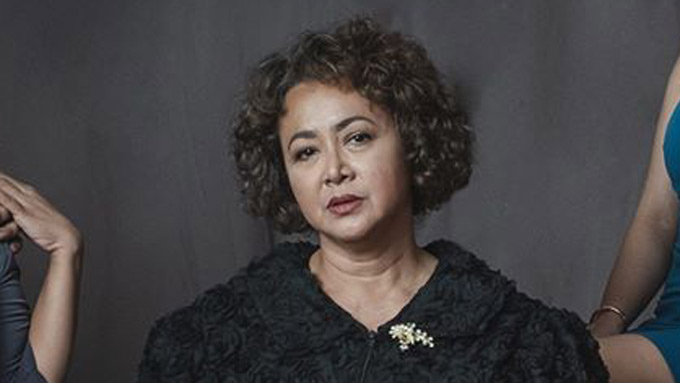 The esteemed actress reprises the lead role of Maestra Adela in the rerun of the hit musical play, The Kundiman Party, starting on May 24 at the PETA Theater in Quezon City.

She told PEP.ph (Philippine Entertainment Portal) at the recent press launch of The Kundiman Party that to do both projects, she first talked to the management behind ABS-CBN's long-running primetime show and then adjusted her schedule.

She has to leave the set of the Kapamilya teleserye—which has tapings every Monday, Wednesday, and Friday—earlier than usual to make it to the evening shows of The Kundiman Party.

The musical’s producers, on the other hand, didn’t set the rehearsals for those days.

“Fortunately for me also, hindi naman babad ang storyline namin ngayon,” she said, referring to her character as the mother of Alyana (Yassi Pressman), who’s married to the titular role of Cardo (Coco Martin).

Shamaine is also in the cast of Spring Films’ 10th anniversary offering, Sunshine Family, an OFW movie shot in Korea and will open in local cinemas on June 5.

But working on another TV show is another matter.

She recalled the times when the rules were less strict.

That’s not the case now.

Back in early 2018, when FPJ’s Ang Probinsyano had been on air for more than two years, Shamaine took on another TV project.

That GMA-7 show was Hindi Ko Kayang Iwan Ka, an afternoon soap in which Shamaine played the mother of lead star Yasmien Kurdi as a person living with HIV.

She remembered the soap’s director telling her: “Wala pa namang conflict as of now. So hayaan na lang natin.”

For this reason, she stayed on.

When asked to comment on the strengths of ABS-CBN and GMA-7, she thought hard.

“Para sa akin, ang production value ng ABS, mas mataas kesa sa GMA, which means they go to more lengths to make their production as excellent as they can.

“Not just in terms of financial, ha. Research. Pati the staff, the way they take care of you.

“The effort and the passion that they put in their work. It’s higher caliber sa ABS-CBN.”

“GMA has always given me better roles. GMA naman values me more as a talent.

“They give me better roles, better shows. They see the good things in what I do. Yun naman I’m so thankful to them.”

Shamaine is likewise grateful to be part of the wildly popular FPJ’s Ang Probinsyano, but she doesn’t know if that will help bring in the audience to her other projects, such as the acclaimed theater piece, The Kundiman Party.

“We were just talking about that, kami ni Nonie,” she said, referring to her husband and fellow actor, Nonie Buencamino, who’s also part of The Kundiman Party and Sunshine Family.

“Kasi a lot of people, especially in show business, get cast for being popular, not really for the value or quality of the work. Parang mas importante na popular ka.

One thing’s for sure: Shamaine is brilliant in every role she plays whether on stage and TV, and in film.