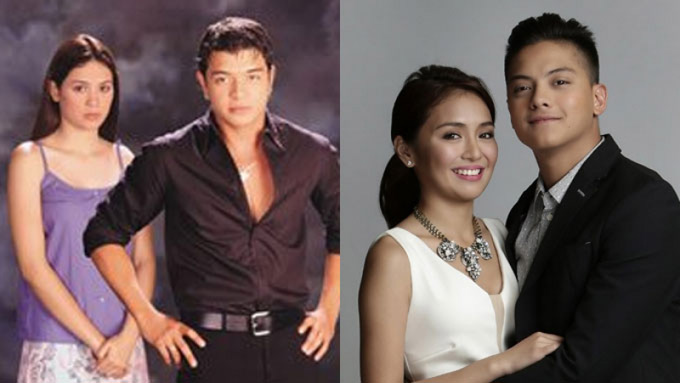 Stories with universal appeal have the potential to become beloved not only locally but internationally as well.

By starring in these kinds of projects, Filipino celebrities become lucky enough to be recognized not only by their kababayans but by viewers from other nationalities as well.

In 2012, ABS-CBN’s International Distribution Division, was able to sell over 30,000 hours of content, making it available to over 50 territories worldwide.

ABS-CBN’s canned programs were able to reach territories in Asia, Europe, and Africa.

The success of these international runs have turned some Pinoy actors and actresses into celebrities in other countries.

Jericho Rosales and Kristine Hermosa now have foreign fans from different countries after their series Pangako Sa ’Yo was distributed in over 20 territories since 2002.

In fact, Jericho proves that he deserves the title of Asian drama king as he appears in three shows in this PEP.ph (Philippine Entertainment Portal) list.

Disclaimer: While some titles were acquired in more countries than what we included here, we only listed down the ones where the shows really became famous in those countries.

Pangako Sa ’Yo has been dubbed as ABS-CBN's most successfully distributed canned TV series worldwide.

Originally produced by ABS-CBN in 2000, Pangako Sa ’Yo is one of the network’s top-raters of all time, headlined by Jericho Rosales as Angelo and Kristine Hermosa as Yna.

The original Pangako Sa 'Yo earned 1.3 billion views in China alone, airing on its national TV and rating second for overall local and foreign programs in the country. The personality of the characters coupled with the simple, yet heart-warming and heart-wrenching story, made this teleserye resonate with so many foreign viewers.

This ABS-CBN program made the love team of Jericho and Kristine skyrocket overnight.

Daniel Padilla and Kathryn Bernardo were tapped to bring life to the Angelo-Yna pairing that Jericho and Kristine made famous.

This remake had offshoots via Spanish and French dubbed versions, allowing it to be shown in the countries where those languages were spoken.

Jodi also earned a nomination for Best Performance by an Actress at the 2016 International Emmy Awards. 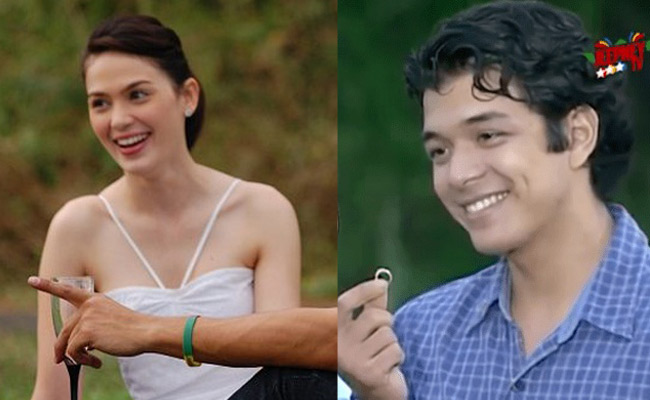 Translation: Aired in Nigeria under TV station Mytv promo as She Wolf in 2013. It was also the first Philippine TV program to air in Thailand in 2012.

The fantasy-thriller Lobo won in the Telenovela Program category of the 30th Banff World Television Festival held in Canada. It was one of the 23 category winners that were chosen from over 800 entries representing 29 countries.

It's hard to imagine any one else other than Piolo Pascual playing the soldier Noah Ortega and Angel Locsin bringing life to the fashion assistant-turned-model Lyka Raymundo.

However, did you know that ABS-CBN had other people in mind to portray the star-crossed lovers?

Initially, Robin Padilla was the first choice for the character of Noah while Claudine Barretto was supposed to play his leading lady, Lyka.

Kristine Hermosa and Bea Alonzo were also among those being considered but these plans did not push through when Robin transferred to GMA-7.

The tandem of John Lloyd Cruz and Anne Curtis almost top-billed Lobo but they could not accept the project because they had to do the sequel of their teleserye Maging Sino Ka Man.

Ultimately, Lobo became the show that served as Angel Locsin's first show after leaving GMA-7 to transfer to ABS-CBN.

Angel's character is a young woman dreaming of becoming a fashion designer. Piolo's character is an officer of an elite fighting force in the Philippine Army whose task is to protect humans from werewolves and vampires.

The story follows Angel's character as she discovers that she is a werewolf who hasn't transformed yet, and becomes the Huling Bantay or Last Guardian of the Wayas (a powerful werewolf clan). She falls in love with Piolo's character, who aside from his mandate as an officer of the army, has a long-seated hatred of werewolves for killing members of his family. 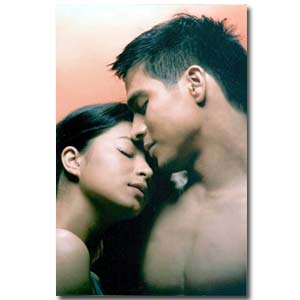 International Title: The Two Of Us

Tayong Dalawa made history for being the first Filipino program on Singapore's telenovela belt.

The romance-melodrama-action story centered on two brothers played by Jake Cuenca and Gerald Anderson, with the title taken from one of Rey Valera's songs. Sharing a name and later on, blood (they are half-siblings), the two end up in the Philippine Military Academy where they finish at the top
of their class. The plot progresses as the two battle it out, trying to win the heart of Kim Chiu's character along the way. 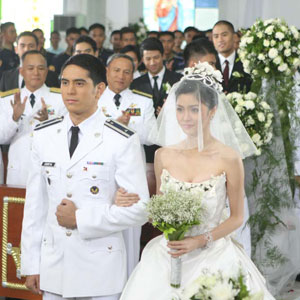 International Title: Timeless / translated as Hope There is No End Yet

Became Famous in: It became such a hit in Malaysia that its ratings topped those of another popular show, Smallville, from the U.S.

Reuniting Jericho Rosales and Kristine Hermosa, the plot revolved around two lovers who have to live with the consequences and effects of the sins of their parents. 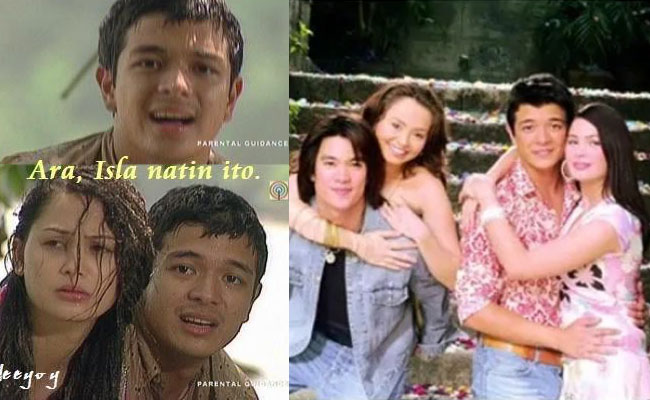 Translation: Dubbed in Spanish, with a distribution deal with 7A Media. Sold to Vietnam, Cambodia, Myanmar, Kenya, Nigeria, Uganda, and Seychelles.

Became Famous in: Peru aired this show in 2016 on TV network Latina (one of the country's top broadcasters) and during its run, Puentes de Amor surpassed its timeslot competition, getting 26% of the audience share.

Bridges of Love also received a nomination from the International Emmy Awards in 2016 for Best Telenovela.

Jericho Rosales and Paulo Avelino played two brothers who get separated as young boys and end up becoming two very different adults—one is poor but kind and having to support his family while the other is rich and ruthless.

Maja Salvador's dancer character brings them together, resulting in a classic love triangle in this romance-melodrama-suspense teleserye.

The opening theme, "Pusong Ligaw" was composed by Jericho Rosales. Over the course of its run, Japanese was used by the characters.

The teleserye also marks the reunion of Jericho and Maja, who previously played husband and mistress roles in 2014's The Legal Wife. 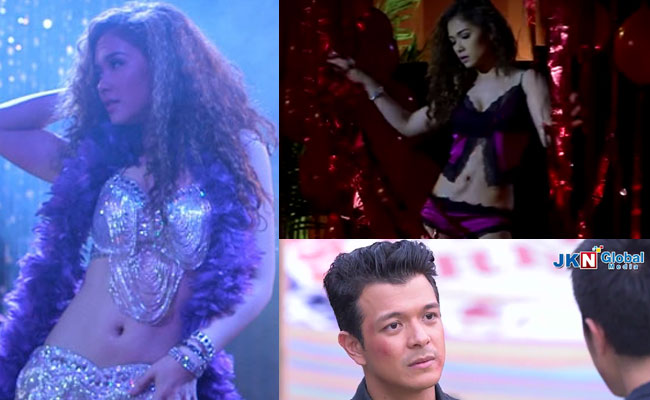 The love team of Daniel Padilla and Kathryn Bernardo was reunited in this hit show, which gained a following in Malaysia and Indonesia as You Are My Destiny and in Vietnam as Trust Me Again.

In 2016, Kathryn and Daniel both won Best Foreign Actress and Actor awards from TodayTV in Vietnam.

This romance-comedy-drama lifted its title from the pop hit "Got to Believe in Magic" sung by Juris.

Daniel's character grows up to become a rebellious and rich man, who survived an early childhood incident of a stray bullet lodged in his brain.

Kathryn's character is spunky and cheerful and ends up serving as a maid in the household of Daniel's character. Her personality is such that she manages to rein him in and the plot follows the two as they move to the big city, an amnesia angle, and interfering parents—with their shared belief in magic always in the background and bringing them back together again and again. 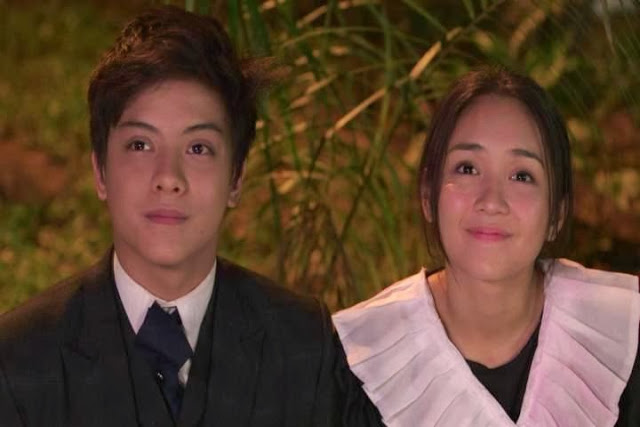 Translation: Aired in Kazakhstan, Vietnam, Cambodia, Malaysia, and parts of Africa (in some countries the show was dubbed like in Malaysia in 2017 on Astro Prima and Astro Maya HD, in others it was subtitled).

Dolce Amore served as a reunion for Liza Soberano and Enrique Gil who had starred together a year earlier in Forevermore.

The cast of Dolce Amore also went on a Dolce Amore Destiny Tour in a four-city tour of Europe.

With Italian being spoken by the cast along with English and Filipino, many scenes were shot in Italy, primarily Rome, Bologna, Florence, Tuscany, and Venice.

Dolce Amore is a romantic drama that sees the characters of LizQuen in rich girl-poor boy romance with many, many twists, naturally.

Liza's character, adopted by Italians as an infant, runs away to the Philippines when she tries to escape an arranged marriage. She meets up with her penpal played by Enrique as she discovers the country and the people she has been hearing about from both her penpal and her Pinay nanny
back in Italy. 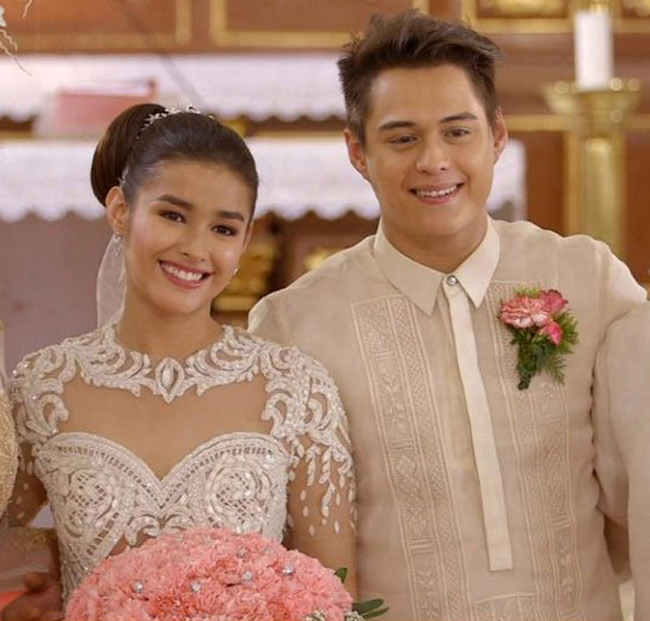 The overarching themes of revenge and not putting up with oppression served this show well, becoming a hit abroad precisely because of those themes.

Maja Salvador led this guilty-pleasure watch with her character's fiery lines and intense confrontation scenes. On a quest to avenge her family's wrongful deaths, her character Ivy Aguas goes up against the powerful political clan led by Emilia, the character played by Aiko Melendez. 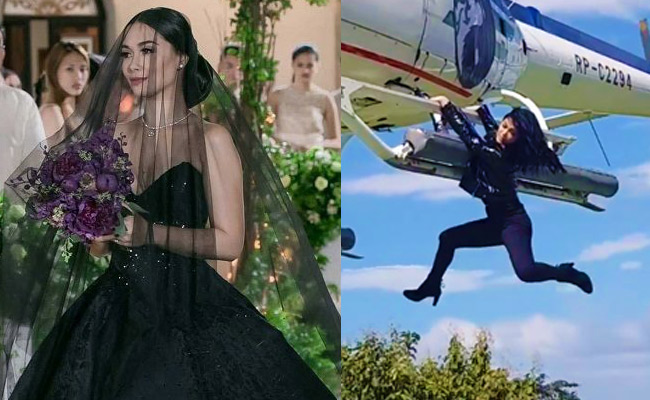