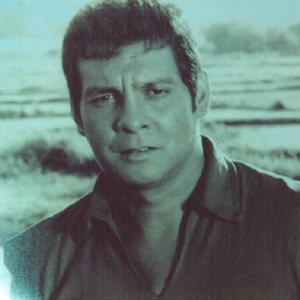 The tribute to Fernando Poe Jr. will be re-aired on Cinema One this Sunday, December 23, at 3:30 pm. The highlight of Alay ni Da King: An FPJ Special will be the 38-minute music video created by FPJ himself before he died on December 14, 2004.
Fernando Poe Jr. was known to be a lot of things—a loving husband, a good friend and most of all, he was known to be The King of Philippine movies or more commonly known as Da King. Both his fans and supporters consider his films as some of the greatest action films ever done in the local movie industry. Nobody else comes close to what Da King has already accomplished and contributed to the Philippine cinema industry.


To honor the late FPJ, and due to the request of his loyal supporters, Cinema One encores the TV special titled Alay ni Da King: An FPJ Special.


Hosted by ABS-CBN Channel Head Charo Santos-Concio, who joined FPJ in several films such as Agila, Durugin si Totoy Bato, Lakay and Pamilya Banal, different celebrities will share their experiences and memories of how Da King touched and changed their lives. Susan Roces will also share with viewers their journey through life together and how they overcame the many challenges in their careers. Other special segments included are:


The highlight of the TV special will be the 38-minute music video featuring Poe himself in the last production he was involved in before he passed away. The music video was intended as a sign of gratitude to the members of the movie industry who helped and supported him throughout his career and political campaign. Songs included in the music video were personally chosen by Da King himself.


Viewers will see how Da King emerged from being a stunt double to a living legend and how he enriched our Filipino heritage.