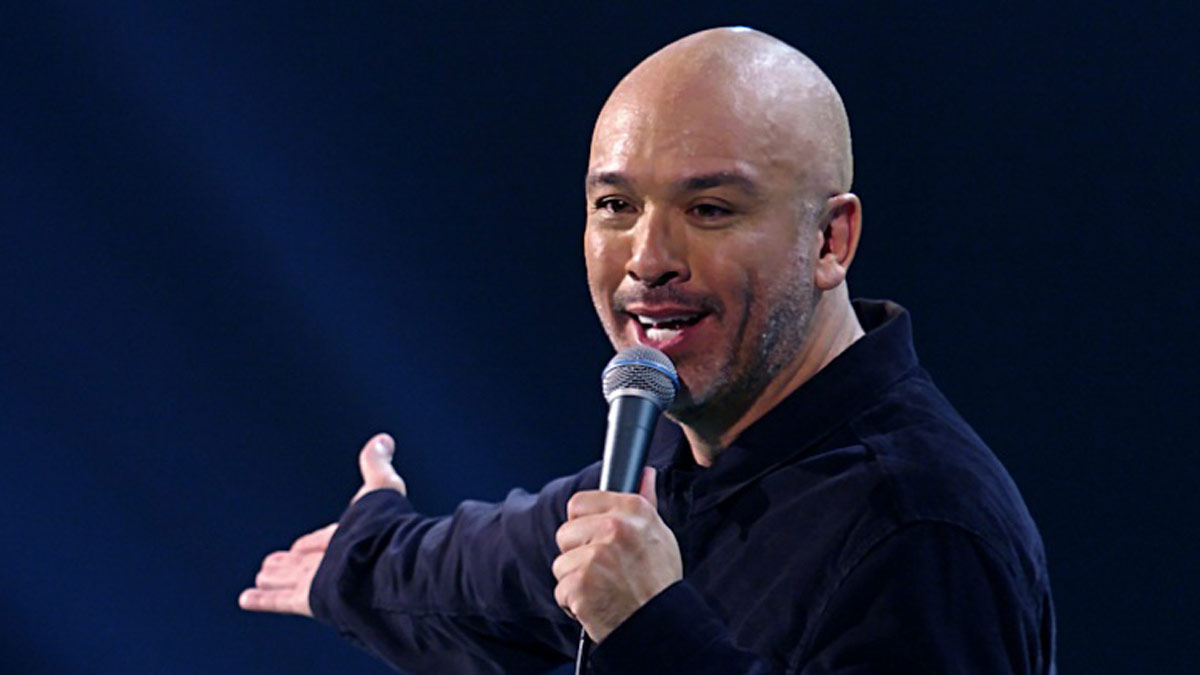 Fil-Am comedian Jo Koy on his Filipino side: "I identify so much with my mom's culture and my mom's family."

His presence demands attention. Once he sets foot on the stage, flashes that toothy grin, and waves to the audience, you just know he’s going to say something funny, irreverent, or both. In any case, everyone ends up helpless with contagious, uncontrollable laughter. That is the magic of Jo Koy.

It goes without saying: the 48-year-old Filipino-American stand-up comedian has it made.

He’s talented enough to have landed guestings on The Tonight Show with Jay Leno, Jimmy Kimmel Live, and The Tonight Show Starring Jimmy Fallon, to name a few. Then, there are his sold-out shows in the United States and Canada, as well as the Philippines, where tens of thousands come to see him perform live.

“I love it. It’s my passion,” he said in a one-on-one interview with PEP.ph (Philippine Entertainment Portal). He also shared the story of how he first realized he wanted to be a comedian.

“I wanted to be a stand-up comic when I first saw Eddie Murphy do Delirious in 1981. The minute I saw that performance, I wanted to be a comedian. Forty years later, here I am performing and creating specials left and right. Getting out there and having people come see me is overwhelming, and I love it. I can’t get enough of it.”

In as much as his routines seem flawless from start to finish and effective at making thousands of people laugh, being on stage is also the most challenging aspect of his chosen career, according to this seasoned performer.

“The hardest thing about being a stand-up comedian is standing up in front of a bunch of people, and convincing them that what you're about to say is extremely funny,” said Jo Koy.

It may seem easy to make people laugh in his case, but it’s hard work. He has to continuously write to keep his routines fresh and entertaining. And yet, he doesn’t always achieve perfection in one go.

He explains, “When I’m writing a routine at the spur of the moment, I go up on stage with a premise and I work it up there. After months and months of practice, it eventually becomes a fit.”

Most of the time, he has to improvise and adjust, especially when he performs in front of an entirely new audience.

“You adjust every time when you do stand-up. Every show’s a different show, you know. You can do two shows in one night, both shows are completely different. So, yeah, that's the art of stand-up.”

“We don't have the gift of going up and just seeing a song that we've been singing for 30 years to a crowd that's waiting for you to sing the song. You know, when people come and see me live, they don't want to see my network special; they want to feel fooled, you said a joke. So yeah, there's a lot of adjustments. There's a lot of writing, there's a lot of time.”

Despite Jo Koy’s international success, he hasn’t quite forgotten his Filipino roots. In fact, his routines are always filled with references to Pinoy culture and hilarious anecdotes about his mom who to him, is the most amazing and amusing thing about his being Filipino—his constant source of Pinoy pride.

He opens up, in a serious tone that we don’t hear when he belts out his comedic routines or impersonating someone. “My mom. My mom raised me. Single mom, you know. She came to this country in ‘68. Next you know, she's divorced with four kids. And she raised us. That, you know—that's pretty amazing to me. That's why I identify so much with my mom's culture and my mom's family. And that's why I talk about her the most. And I appreciate that.”

In a YouTube video that has been viewed 5.3 million times, Jo Koy declares, "I'm half-white, half-Filipino, which means my dad was in the military. A lot of soldiers were fighting for this country...my dad was dating."

This hilarious clip of Jo Koy became viral for discussing his Filipino mother's penchant for using a popular ointment with medicated vapors that he affectionately pronounces as "Bicks Baporub."

He described how his mom spread the ointment all over his body and claimed that it could even cure pneumonia.

Jo Koy quips, "I'm smothered in f*ckin Vicks! I should have called the cops."

If you want to hear Jo Koy crack jokes about his mom, his 16-year-old son, other members of their family, Pinoy culture in general, and every other thing that has caught his fancy over the years he’s been a stand-up comic, catch him in Jo Koy: Comin' In Hot, his latest special on Netflix, starting June 12.