WHERE ARE THEY NOW: Pinoy Viral Sensations 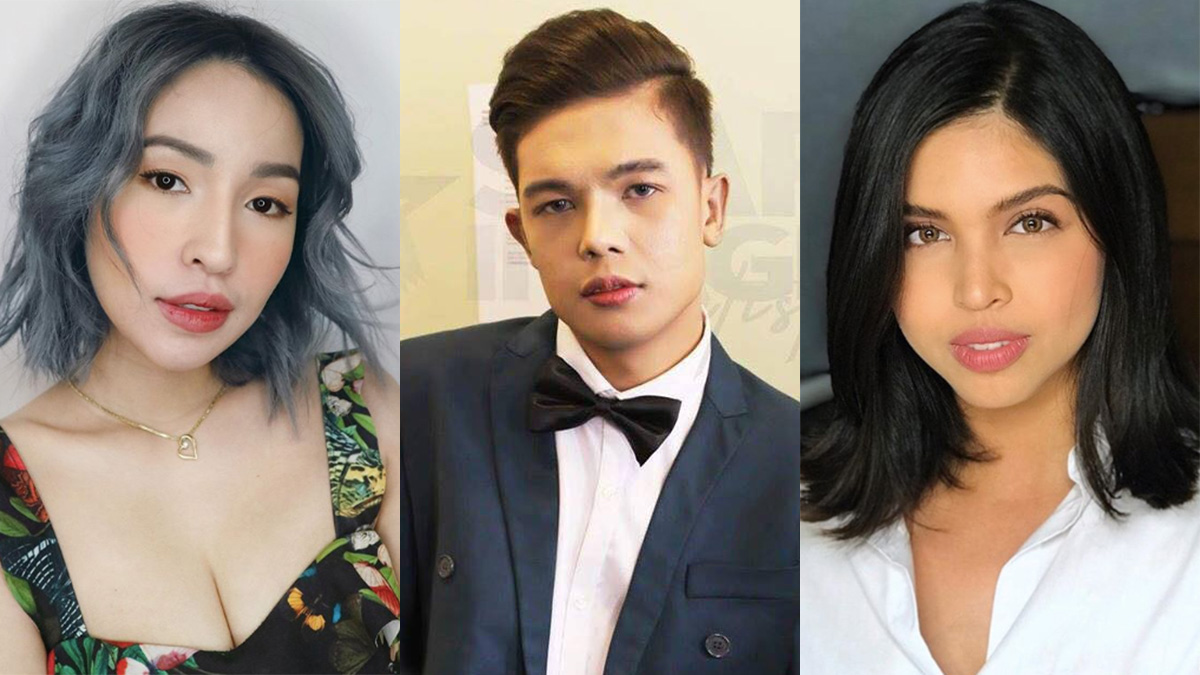 While some people have to endure long queues in auditions and call backs, there are those who are fortunate enough to harness the power of the Internet by using it as as their gateway to stardom.

Whether they’re entertaining, annoying, or both, these Pinoy viral sensations ruled our social media feeds for quite some time.

And while most of these Pinoy viral sensations stuck with their fans and remained in the showbiz industry, some opt to enjoy their 15-minute fame and pursue their chosen profession.

Who would have thought that Pinoy viral sensations could be influential people in the entertainment scene?

PEP.ph (Philippine Entertainment Portal) lists down some memorable Pinoy viral sensations who were discovered through the internet and were able to land a TV stint in the past ten years.

Out of boredom, Maine Mendoza did several Dubsmash videos and uploaded them online.

Who would have thought that her secret dream of becoming an actress happened on July 4, 2015, when she was launched as Divina Bokbokoba Smash or Yaya Dub in Eat Bulaga!’s "Juan For All, All for Juan" segment.

Along with Alden Richards, Yaya Dub is one-half of the phenomenal loveteam AlDub.

Everything went by so fast for the "Queen of Dubsmash."

Endorsements after endorsements, covers after covers, her stardom rocketed, making her one of the most bankable stars of the century.

Until now, Maine is making a name for herself with her bravery, authenticity, not to mention her versatility.

She also top-bills the sitcom Daddy's Gurl with Vic Sotto.

Prior to joining Pinoy Big Brother in 2014, Cherry Alejandro made the rounds on social media as the bubbly “Elevator Girl” of a shopping mall in Olongapo.

The celebrity mommy became famous for her hilarious antics and charming way of responding to shoppers’ queries in a singsong voice.

Four years after, she once again took the internet by storm as the “Friendly Escalator Girl” to remind shoppers of a simple escalator etiquette: “Stand on the right, walk on the left.”

She now works as a Marketing Officer for SM Retail Group.

Her instant popularity started with a hugot-filled video clip while making a sweet dessert more commonly known as pastillas.

Later on, ABS-CBN’s It’s Showtime featured Angelica as Miss Pastillas in one of their segments titled “Nasaan ka, Mr. Pastillas."

The dating segment aimed to help her find “the one” after she and her ex-boyfriend broke up bitterly. However, netizens and viewers were quick to give negative feedback, saying that the segment was an obvious move to combat GMA’s then-fast-rising love team Aldub.

Despite her television hiatus, the TV host and endorser took to her social media accounts to give updates on her day-to-day life.

Her latest acting gig was in iWant’s original BagMan, starring Arjo Atayde, that aired in March 2019.

Prior to becoming known as Xander Ford, Marlou rose to fame as a member of Hasht5, an all-male boy band parody whose covers became viral in late 2015.

The group’s name means “Have A Succesful Honor and Talent” and 5 pertains to the number of members including Vincent Binocas, Cee Jhay Ellero, Jhimwell Macanlalay, and Erick Ebreo.

Since then, he got a number of endorsements, TV appearances and gigs.

In April 2019, however, he was suspended by his management, Star Image Artist Management, for alleged unprofessional behavior.

The management also announced its search for a "much-deserving" Xander Ford.

Marlou was later seen with his bandmates in Hasht5, indicating that he might have returned to the group.

It was in 2016 when Carrot Man first got the attention of netizens after his candid photo was posted online. At that time, he was hauling a basket of carrots from their farm in Mountain Province. With his undeniable charm and good looks, Jeyrick’s photos took the internet by storm.

Since then, he has modelled for a clothing brand and has appeared in Kapuso shows including Bubble Gang and Sunday Pinasaya.

Three years after, his latest venture into the entertainment scene was through FAB4z, a four-member singing group representing Luzon, Visayas, Mindanao, and NCR.

Jeyrick is currently residing in Baguio City where he continues his home-schooling.

Thanks to photographer Topher Quinto who uploaded a photo of her, the Badjao native was able to escape poverty and make a name for herself in showbiz.

At the age of 13, Rita took her chance and joined Kapamilya reality show Pinoy Big Brother Season 7. She ended up as the second evictee due to her emotional instability.

Fast forward to today, Rita was able to star in her first ever GMA-7 primetime series Sahaya alongside Bianca Umali and Miguel Tanfelix.

Thanks to her natural wit and hugot-filled videos, Kat Galang was dubbed as the “palaban girl.”

Singing to the tune of “Stupid Love” while wearing her iconic tassel earrinngs, the part-time actress and full-time momma caught the attention of netizens and instantly became a viral sensation.

Currently, she’s juggling her day-time profession as a sales and marketing manager, commercials, and theater plays.

She has appeared in Maalaala Mo Kaya, I Love You, Hater, and Apple of My Eye.

Under the management of Cornerstone Entertainment Inc., Kat can be seen in the ongoing Kapamilya teleserye Kadenang Ginto with Dimples Romana and Beauty Gonzalez.

Half of the internet sensation Team JoLai, a monicker for Jon Gutierrez and Jelai, the couple rose to fame for their hilarious banter and antics. Their story as a couple became popular, especially when they uploaded the “maliit” video.

Their love story was featured in Magpakailanman presents "I Will Follow You: The Popular Love Story of Jon Gutierrez and Jelai Andres."

Jon made a name in the music industry as part of rap group Ex-Batallion who was then managed by comedienne Ai-Ai delas Alas.

Early this year, Jon and Jelai made headlines after his alleged affair with Toni Fowler was made public.

As for Jelai, she’s currently focusing on her showbiz career as she can be seen in Sunday Pinasaya, among other Kapuso shows.