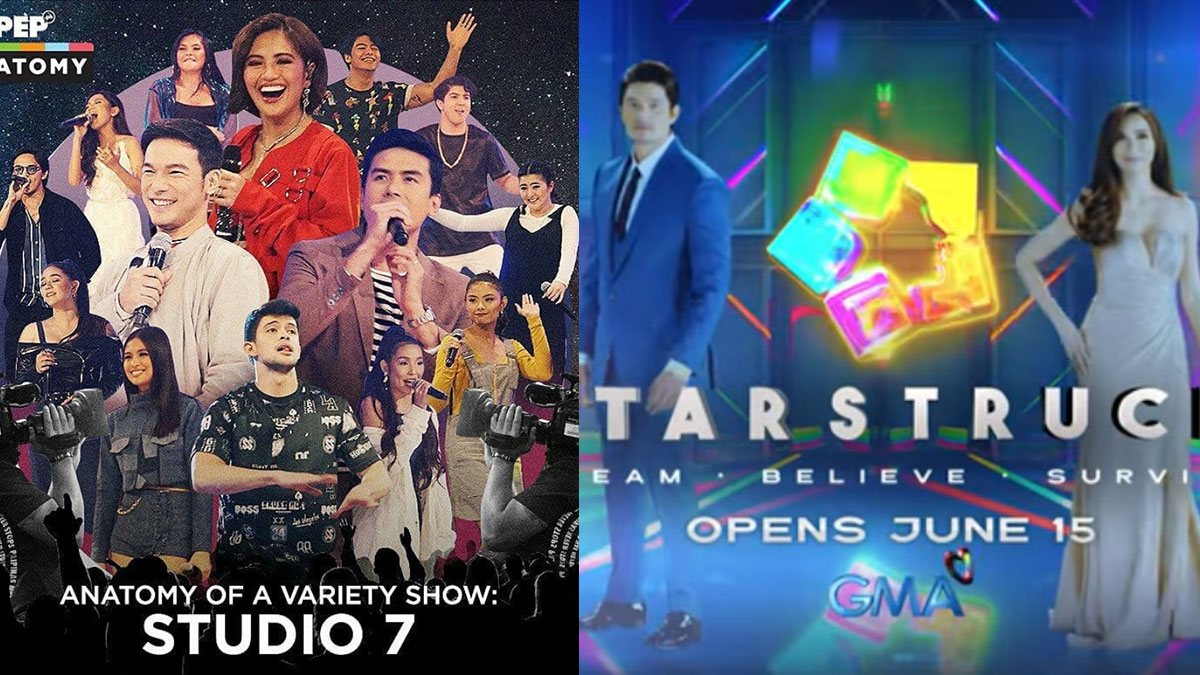 Starting June 15, GMA-7's musical-variety show Studio 7 will air on Saturdays at 10:00 to 11:15 p.m. Its previous Sunday time slot will be occupied by the Sunday edition of Starstruck season 7.
PHOTO/S: PEP File / GMA-7

GMA-7's musical-variety program Studio 7 is moving to a new day and time slot.

The time-slot change, which will start on June 15, was officially announced on June 9, during Studio 7's first commercial gap.

The teaser promised that with Studio 7's new time slot, the variety program will be "mas pinahaba, mas pina-level up."

On June 7, Studio 7 regular host and performer Christian Bautista dropped a hint on Twitter about the show's new schedule.

He tweeted (published as is), "Knock knock:

The Sunday time slot that will be vacated by Studio 7 will be occupied by the Sunday edition of GMA-7's reality-based artista search, Starstruck, starting June 16.

Starstruck will premiere on June 15, after Daddy's Gurl, and will be aired on GMA-7's weekend prime-time block.

It will be hosted by Dingdong Dantes and Jennylyn Mercado.