STARSTRUCK RECAP: Who are the first seven finalists to enter StarStruck 7 Final 14? 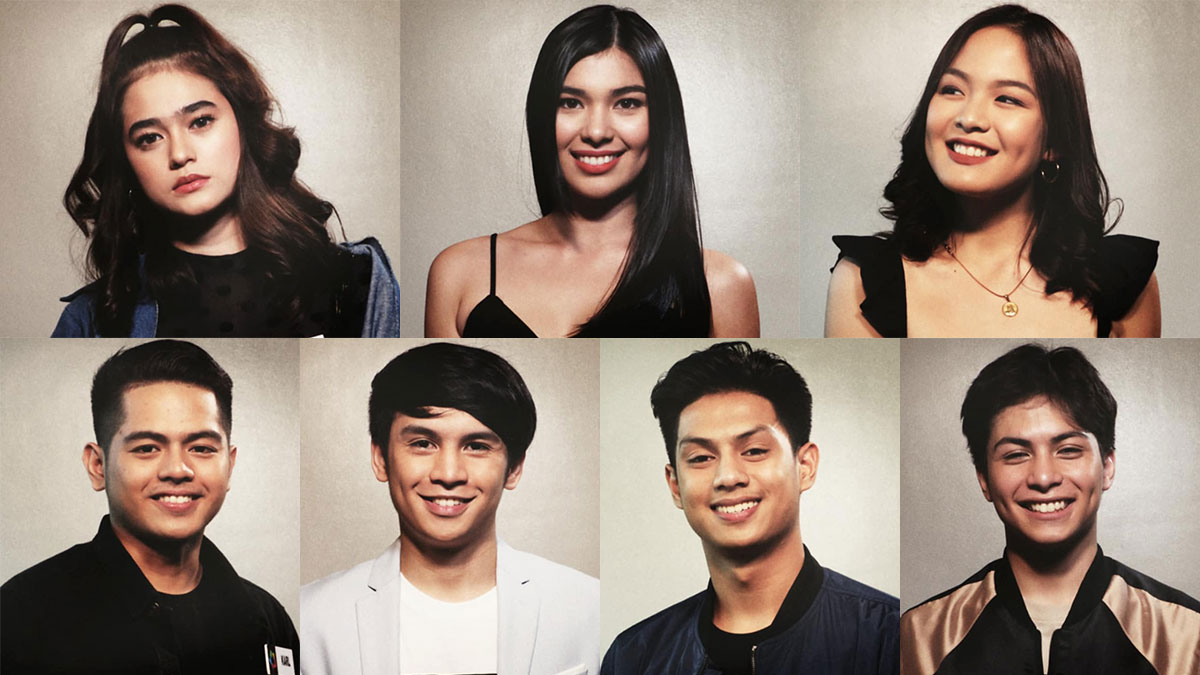 The first half of StarStruck's Final 14 have already taken their spot in the competition.

Their names were announced during StarStruck's pilot weekend on June 15 and 16, which aired the final audition of the 22 remaining hopefuls.

This was after they faced the StarStruck council, which was composed by Heart Evangelista, Jose Manalo, and Cherie Gil.

During their final audition, the hopefuls were asked to do a song or dance number of their choice, as well as tape an acting challenge.

Here are the first seven finalists who will be part of StarStruck's Final 14 for its seventh season:

Pamela Prinster, an 18-year-old Caviteña, was the only girl who entered the Final 14 on the June 15 episode.

Before showing her audition tape, Pamela performed a song number for the judges.

In her acting audition tape, she depicted the story of a girl who fell in love with her best friend.

Jose said that Pamela's acting was "natural" even if her co-actor doesn't show any reaction, just the same with other audition tapes.

Cherie then told Pamela, "What I love about your face, your asset is your mouth. You have a beautiful smile. So when you're playing a role that is angry or certainly like what you did in the tape, parang lalong lumalabas yung pagngingitngit ng kanyang bibig.

"That would be something you have to work on eventually as you express your true emotions.

"Sometimes, daanin mo na lang sa tapon, nicer to underplay, but you have to allow your face to shine because maganda ka na as is."

Pamela was chosen over 21-year-old Crystal Paras, who hails from Quezon City.

Karl Aquino is an 18-year-old hopeful who also hails from Cavite. Before joining StarStruck, Carl was a member of the sing-and-dance boy group Clique 5.

He is the son of Gary Laurente, a former Wednesday group member of GMA-7's youth-oriented variety program, That's Entertainment. But Gary decided to stop pursuing showbiz.

When it comes to his acting, Cherie said, "I enjoyed your dance very much and you have the spunk, meron kang landi, meron kang confidence.

Despite the comment on his acting, Karl was able to make it to the Final 14 during the June 15 episode.

Sixteen-year-old Abdul Rahman stayed with his father in another country before permanently residing in Marikina up to this day.

With the separation of his parents, Abdul said, "I'm putting myself in the position na ako yung makakaiba ng life nila in the future.

Heart then said about Abdul's story, "As a son, as anak, tayo lang talaga makakaintindi sa mga magulang natin na at the end of the day, they are our parents at mahal natin sila at mahal din nila tayo even if they show it differently.

"But I admire that you have so much forgiveness and nakikita namin yung puso mo and you should be proud of that and just keep being you."

Abdul then performed Ed Sheeran's "Shape of You." He also showed his acting talent in his audition tape.

"Again, in showbiz, dime a dozen ang beautiful face, although your face is also very gwapo, you have so much charm, there's so much to work on.

"So just keep going, kaya mo yan, I think you can do so much better."

Cherie said, "All I wanna say and there's no denying, I'm sure everyone agrees with me that you've got what it takes.

"You've got the package, there's a lot of room for improvement but that charm can actually woo any woman's heart or even a man's."

Carl and Abdul were announced as part of the Final 14 at the end of the June 15 episode, besting another male hopeful, Nahuel Prieto.

Dani Porter, a 17-year-old from Quezon City, was born in America to a Filipino mother and American mother, but she lived all her life in the Philippines.

According to her, she owes her mother a lot for supporting her dreams of becoming an artista.

Before her song number, Heart approached Dani to teach her charisma as she walked on the stage.

Heart told her, "Kailangan ng charisma but be yourself."

When it comes to her acting piece, Cherie noticed that Dani's contact lenses were affecting her performance.

She told Dani, "Impressive. Never deny yourself your natural beauty which is your eyes, especially when you have to do scenes like that.

"I think that was quite impressive, Dani. Ngayong narinig ko yung pagsasalita mo, your natural way of talking, nakikita ko yung kaibahan when you went into that character, ang bilis mong maka-change no'n, ng personalidad. So again, I was very impressed."

Angelic Guzman, an 18-year-old hopeful from Laguna, shared her life story about meeting a man when she was 14. Unfortunately, he broke her heart.

Heart told her, "For me, when it comes to love, I think we meet people for a reason, a season, or a lifetime. Everything has a meaning.

"It's not a waste of time but at the end of the day, don't waste your time even more by crying over somebody that's not gonna be with you.

"It's the time for you to bring you closer to the person you're really supposed to be with."

Cherie was impressed by Angelic's rendition of "Out Here On My Own" by Irene Cara.

She told Angelic, "First of all, to be able to sing in that level is not easy. Hindi madalas makarinig ng ganung klaseng level of singing. I was taken aback.

"Unang-una sa lahat that was my favorite song. I used to sing that a lot in my teenage years. Well done, Angelic!"

Dani and Angelic both made it to the Final 14, besting another female hopeful, Kyle Lucasan during the June 16 episode.

His father was a former OFW now residing in the Philippines and working as a part-time tricycle driver. Kim's commercial stints allowed him to be his family's breadwinner.

For his two final audition pieces, he performed a song number and a comedy acting piece.

Heart said about his performances, "I think it's there. You give a charm that's very relatable.

"I think the future is bright for you and your family."

Cherie remarked, "I didn't expect that, Kim, and I think that the camera seems to like you a lot. So looks like your stars are probably shining bright tonight."

Gelo Alagban is a 17-year-old hopeful who hails from Iloilo.

Gelo shared that his mother is a cancer survivor, which motivated him to do his best in the competition.

After showing his singing talent, Gelo was given a comedic acting piece for his final audition.

Heart remarked, "Actually, for someone with not so much experience, okay yung timing mo and mahirap yun, ha!

"Actually what he was saying, si Jose, mahirap talaga maging komedyante kasi hindi naman tinuturo yung timing so it was there, it was charming."

Next weekend, on June 22 and 23, the names of the last seven hopefuls who will complete in the Final 14 will be revealed.