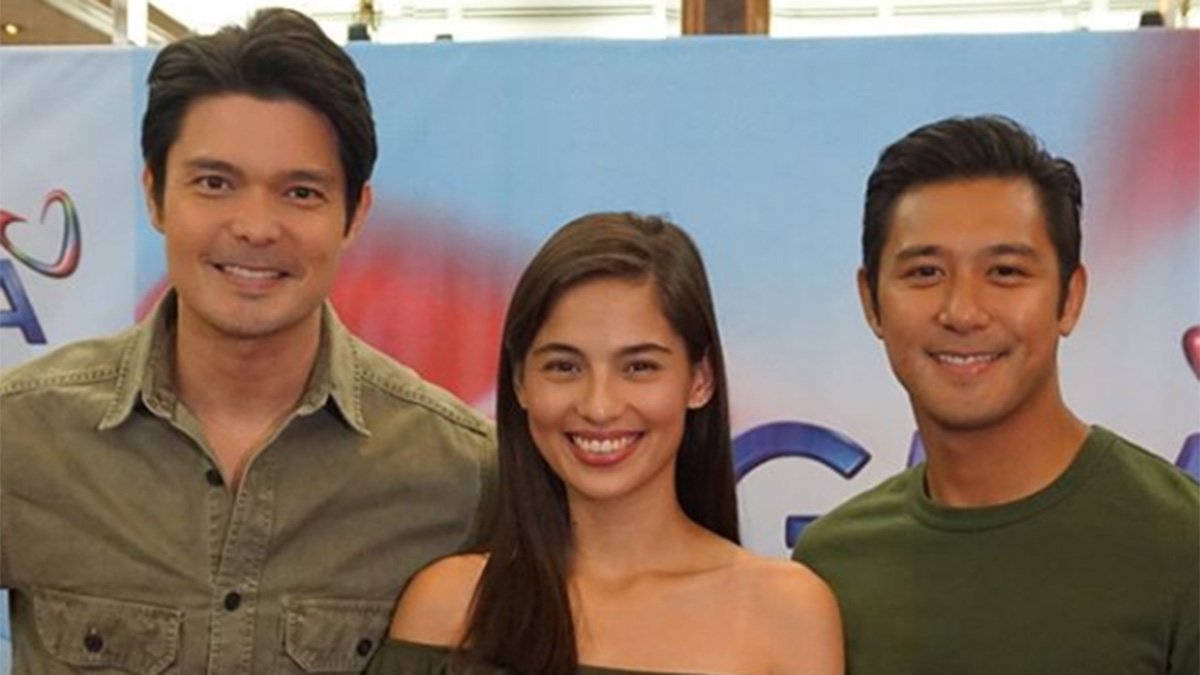 Dingdong Dantes, Jasmine Curtis-Smith, and Rocco Nacino are confirmed to play the three lead roles in the Kapuso remake of Descendants of the Sun. GMA-7 has yet to officially announce Dingdong's leading lady for the project.
PHOTO/S: @kapusoprgirl on Instagram

Jasmine Curtis-Smith and Rocco Nacino are joining Dingdong Dantes in GMA-7’s remake of Descendants of the Sun.

Dingdong, Jasmine, and Rocco were present when GMA Entertainment Group inked a partnership with the Armed Forces of the Philippines (AFP) today, June 20.

According to @kapusoprgirl’s Instagram post, Jasmine will play the role of Lt. Moira Defensor, while Rocco will portray Sgt. Diego Ramos.

In the same event, the full cast of Descendants of the Sun was also announced.

Former ABS-CBN actor Jon Lucas, who just posted his goodbye message to the Kapamilya network and Star Magic, is announced to be part of the cast. Descendants of the Sun will be his first project as a Kapuso.

It was previously announced that Dingdong will be playing the lead role of Captain Lucas in GMA-7’s remake of Descendants of the Sun.

Dingdong’s role was portrayed by Song Joong Ki in the Korean version aired in 2016.

However, Jennylyn was not included in the audio-visual presentation for the cast. GMA-7 also did not announce any actress portraying the role of Dr. Maxine Kang.

At present, Jennylyn is still taping for the ongoing Kapuso prime-time series Love You Two.

Rocco was originally part of the Kapuso afternoon series Dahil sa Pag-ibig, but he had to be pulled out of the show to do Descendants of the Sun. He was replaced by Benjamin Alves.

GMA-7 has yet to announce the target airing date for its version of Descendants of the Sun.