Jasmine Curtis-Smith, Rocco Nacino thankful to be part of Descendants of the Sun remake 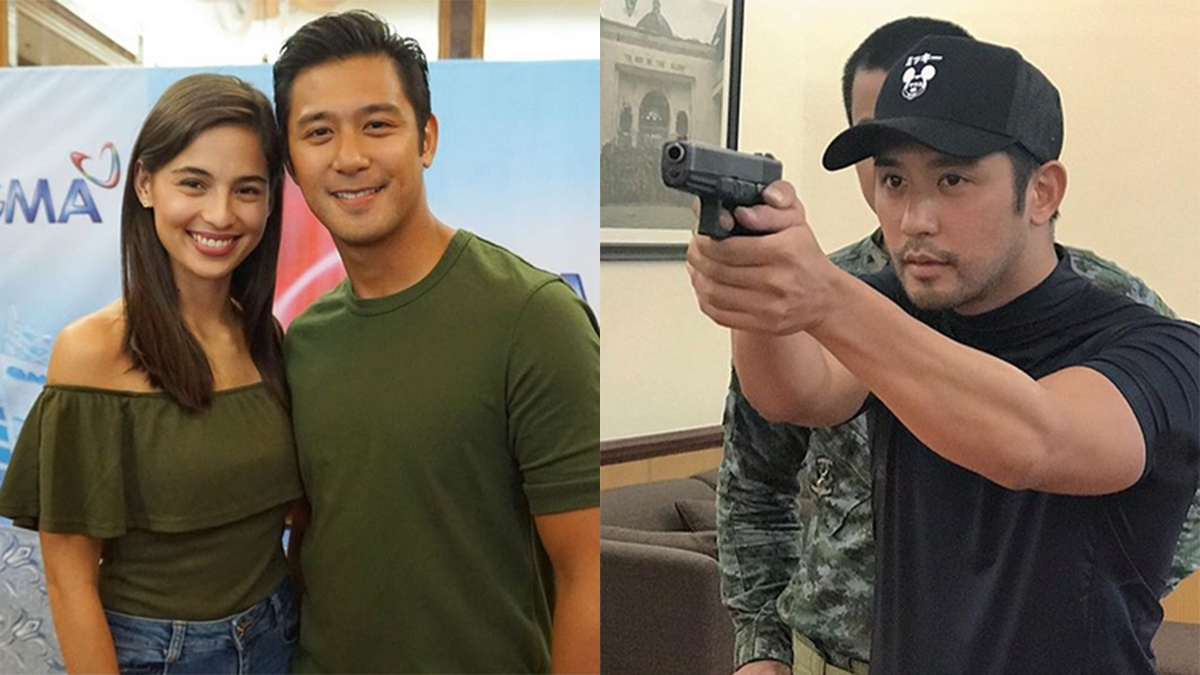 Jasmine Curtis-Smith and Rocco Nacino are both thankful to GMA-7 for including them in the remake of Descendants of the Sun.
PHOTO/S: @kapusoprgirl / @nacinorocco on Instagram

Rocco Nacino and Jasmine Curtis-Smith are excited over their inclusion in GMA-7's remake of the popular Korean drama series Descendants of the Sun, which will be top-billed by Dingdong Dantes.

On June 20, GMA-7 formally announced that Rocco and Jasmine will play second leads Diego and Moria, respectively, in the Kapuso version of Descendants of the Sun.

On that day, Dingdong, Jasmine, and Rocco were also present during the partnership contract signing between GMA Entertainment Group and Armed Forces of the Philippines (AFP) for the project.

Both expressed on social media how happy and thankful they are with their next Kapuso project.

After the announcement on June 20, Jasmine posted on Twitter, "Grateful [heart emoji]"

Rocco first posted a photo with Dingdong, Jasmine and the executives of GMA-7 and AFP during the contract signing.

He wrote on the caption, "Yes! Finally pwede na namin iannounce sa lahat! Ang Philippine adaptation ng Descendants of the Sun, mangyayari na mga Kapuso! Contract signing to seal the partnership between the AFP and GMA7 happened today, and we are nothing but excited to start with this project. Sgt Diego, salute! #DescendantsOfTheSun"

Yesterday, June 21, Rocco posted photos of his training for the project, as well as photos of the original Sgt. Diego, Korean actor Jin Goo.

During the airing of the Korean Descendants of the Sun in the Philippines in 2016, many were already saying that Rocco and Jin Goo are look-alikes.

Dingdong, who is set to play Captain Lucas a.k.a. Big Boss, also expressed his excitement with Jasmine and Rocco's inclusion in the cast.

He tweeted, "Napakaganda ng storyline ni Sgt. Diego at Lt. Moira, and I just can’t wait to see how these characters will be brought to life by our brilliant actors. @nacinorocco @jascurtissmith"

GMA-7 has yet to announce who will play Dr. Maxine Kang, Dingdong's love interest in the series.

PEP Alerts' PEP Troika column first reported that Jennylyn Mercado will play Dingdong's leading lady in the show, but the Kapuso network has not yet made any official announcement about it.