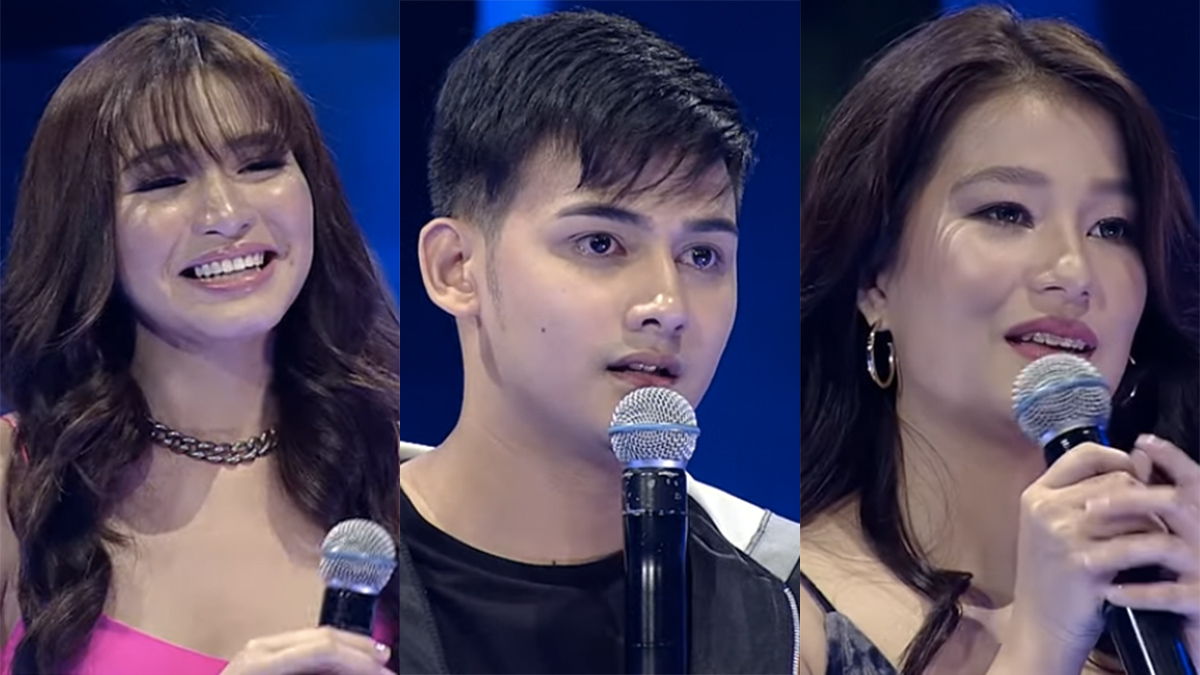 Three more StarStruck hopefuls made it to the Final 14.

Their names were announced during StarStruck's episode today, June 22, as the final audition for the Top 22 continues.

Just like in last week's episode, these five hopefuls were asked to do a dance or song number, and an acting VTR was presented after their performance.

Ruru Madrid's sister, Rere, was one of the five finalists who faced the StarStruck Council.

Here are the three finalists who will join them in StarStruck's seventh season.

Jeremy is a 21-year-old hopeful who hails from Laguna.

His life story was once featured in GMA-7's drama anthology Magpakailanman in an episode titled "Ang Pagmamahal ng Isang Amang Beki," aired in 2017.

In StarStruck, Jeremy also shared that his adoptive father is gay, and that they love each other very much.

For his final audition performance, Jeremy performed a dance number.

Jose noted that he needed more work with his timing.

For Jeremy's acting audition tape, he depicted a man who discovered that the girlfriend of his friend is an "aswang."

Heart said about his performance, "Sobrang ganda ng personality mo, ng story mo and you're very gifted that you know na meron kang pain button na pwede mong pindutin when you need it, so that alone should say it.

"I feel like because you're very conscious sa scene, you can tone it down a little bit."

Cherie, who said that Jeremy fares "very well" in dancing, also asked him to sing.

Jeremy was chosen to be part of Final 14 over Maynard Fullido.

18-year-old Rere Madrid is the younger sister of Kapuso actor Ruru Madrid, who also came from another reality program, Protege: The Battle for the Big Artista Break. Ruru is now known as one of the most popular and reliable actors in GMA-7.

When she faced the council, Cherie asked her, "So you want to prove to him that you can make it better?"

Rere was quick to say yes.

She then performed a song number, and depicted a story of a girl who had problems with her siblings.

Cherie seconded, "It's true, hindi porke kapatid mo si Ruru ay you have an advantage and I agree with Jose."

"In your singing, I find that you need to find the right song and the clarity and your words, madalas tayo gumagaya sa original. So hanap ka ng kanta na bagay sa 'yo at kung saan ka mas komportable. Kung tagalog man, kumanta ka ng tagalog."

Lexi Gonzales is a 19-year-old hopeful who hails from Sampaloc, Manila.

Lexi shared that she has a younger brother who is autistic and she wants to help for his therapy.

After singing Krissy and Ericka's hit song. "12:51," Lexi depicted a story of a failing student for her acting piece.

"Sa acting piece mo, you could do better. It's there and you're so beautiful. You did very well but there's so much for you to improve."

At the end of the episode, Rere and Lexi were chosen over another hopeful, Janelle Lewis.

The last four hopefuls who will be included in StarStruck 7's Final 14 will be announced tomorrow, June 23.

StarStruck season 7 is hosted by Dingdong Dantes and Jennylyn Mercado.