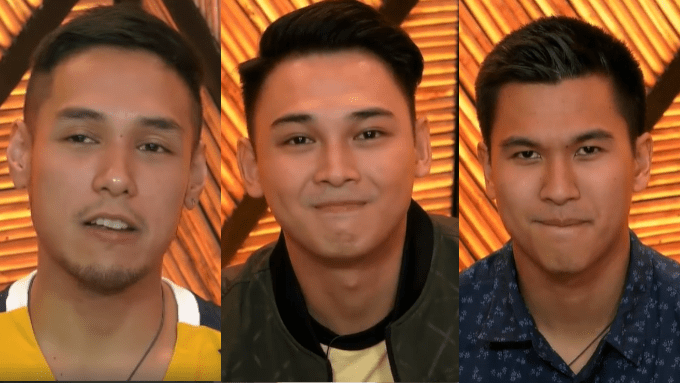 The previous week of Pinoy Big Brother Otso was filled with competition, as the ABS-CBN reality show has begun its search for the Big Four of Batch 4.

The housemates were divided into four pairs. Each pair had to compete with each other for a chance to play in the first Big Four challenge.

Wealand Ferrer and Argel Saycon had to maneuver a spinning top across a handheld platform that’s shaped like the number eight. Argel won because he earned the most tops.

Akie Poblete and Franki Russell had to balance plates on top of vertical poles. Akie was able to balance more plates so he won this battle.

Gino Roque and Diana Mackie had to pop balloons by throwing them into a ceiling filled with nails, then catch the feathers inside the balloons. Gino won because he collected the most feathers.

Sky Quizon and Kiara Takahashi had to play a modified version of air hockey. Kiara won because she got the highest number of points.

Argel, Akie, Gino, and Kiara then competed in a two-part Big Jump challenge. During the first part, they had to solve a jigsaw puzzle. The second part was a physical challenge, where the housemate had to transfer eight heavy disks from one end of a balancing pole to another.

Akie was elated when he was able to finish the puzzle first, because he knew the physical challenge was easier for him.

Akie was able to finish the second part quickly while the other three housemates were still trying to complete their jigsaw puzzles. This allowed the Sayaw Signore ng Italy to become the first housemate to join the Big Four of Batch 4.

After his win, Big Brother asked Akie to decide who he wanted to save from eviction, and he chose Argel and Wealand. The two were given a chance to battle each other in the physical part of the Big Jump Challenge. Argel won it easily because he was fitter than Wealand, making him safe from that week’s eviction.

Akie and Argel’s victories effectively placed on the nomination list the rest of the housemates: Wealand, Franki, Diana, Sky, Gino and Kiara. During the June 30 episode, viewers were given several minutes to save any of them via SMS voting.

Sky and Gino garnered the least votes, which led to their eviction.

Gino received the lowest number of votes with 11.41%. The Business of Steel ng Quezon City was known for expressing his affection for Kiara while they were both in the house.

Future episodes will show who will become the three other members of the Big Four of Batch 4. Who could they be? Viewers of PBB Otso will find out soon.