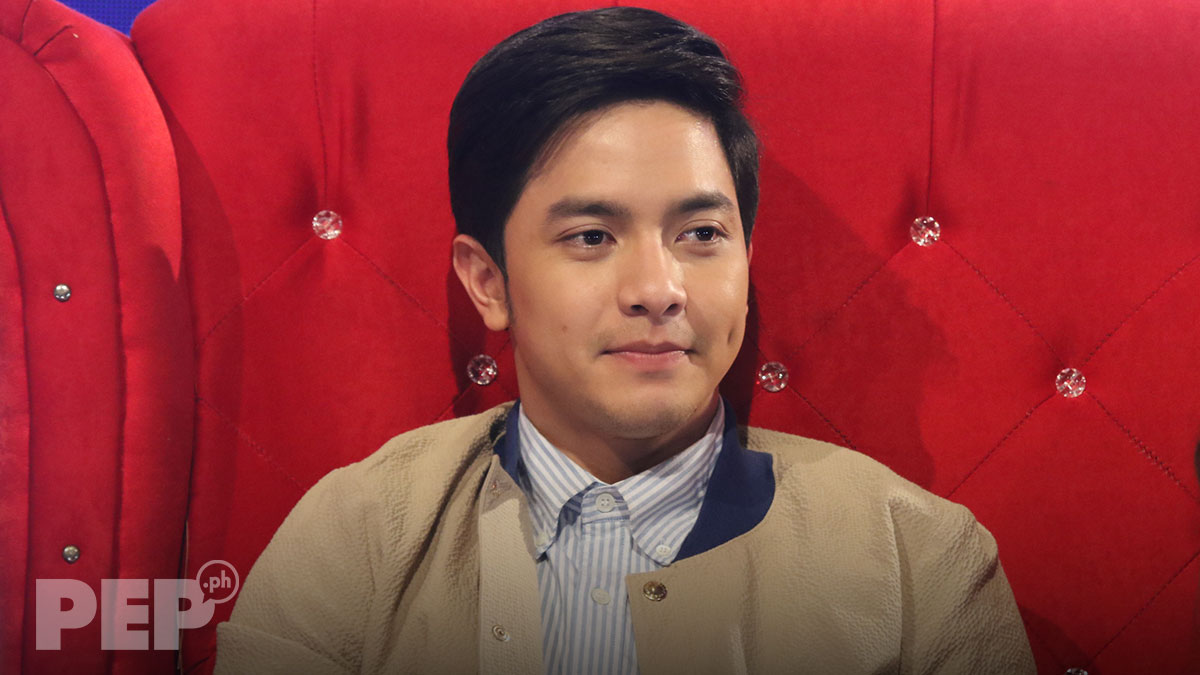 GMA-7 actor Alden Richards is thankful to his mother network for allowing him to cross over to ABS-CBN and do the film Hello, Love, Goodbye.

Alden is paired with Kapamilya actress Kathryn Bernardo in this film directed by Cathy Garcia-Molina.

During the July 9 press conference for Hello, Love, Goodbye, Alden said that the partnership could pave the way for the two TV networks to collaborate for more projects and set aside the network wars.

"May hindi po ako makakalimutang sinabi ni Direk Cathy during the storycon, while we were being interviewed by TV crew.

The July 10 press conference was held at ABS-CBN's Dolphy Theater. It was the second time that Alden went to the ABS-CBN headquarters for the promotion of the movie.

However, that wasn't the first time for Alden to set foot on ABS-CBN. When he was still trying to penetrate showbiz, he auditioned for Kapamilya reality shows in 2006 when he was 14 years old.

It is no secret that Alden also tried his luck for Pinoy Big Brother in 2010, as part of its Teen Clash edition. However, he did not make the cut.

A year later, in 2011, he was discovered by GMA-7 bigwigs, and he got the lead role in the afternoon series Alakdana.

Nine years after his failed attempt in Pinoy Big Brother, Alden is now part of a Star Cinema movie, but as a Kapuso crossing over to the Kapamilya network.

To describe how he feels, the 27-year-old actor said, "Ngayon na I'm doing a project with Star Cinema, being here in ABS, medyo overwhelmed, parang naninibago.

"I'm really thankful for the opportunity given to me, especially to GMA for letting me do this film. Masaya po."

According to Alden, it is also a "dream come true" for him to work with Direk Cathy Garcia-Molina.

This is because he is a fan of the director's works, such as the 2007 John Lloyd Cruz-Bea Alonzo starrer, One More Chance.