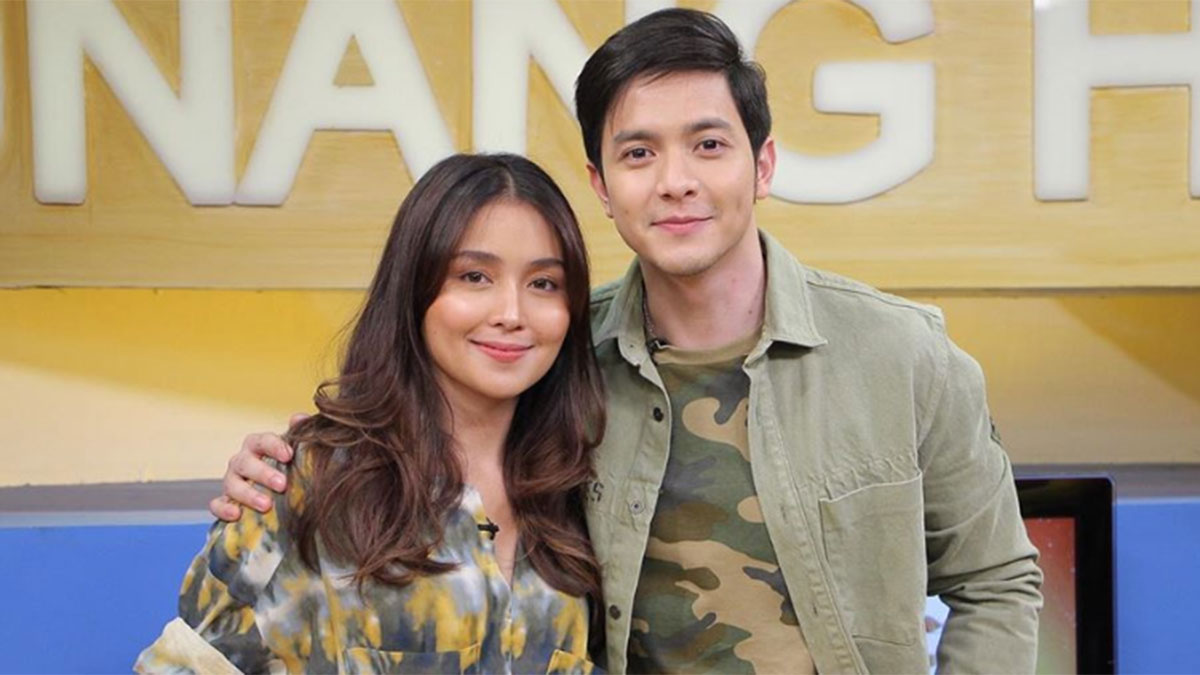 After Alden Richards set foot on ABS-CBN, it was the turn of Kathryn Bernardo to visit GMA-7.

She will have a guest appearance in the Kapuso morning show Unang Hirit to be aired tomorrow, July 12, to promote her movie with Alden titled Hello, Love, Goodbye.

Kathryn's guesting follows on the heels of Alden's visit to ABS-CBN last June 25. Back then, the Kapuso actor shot promotional executions for Star Cinema, the producer of Hello, Love, Goodbye.

During the July 9 press conference for the movie, Kathryn was asked about the possibility of crossing over or doing a project for GMA-7.

This is not the first time for Kathryn to be seen on GMA-7. In fact, this is a comeback of sorts for the actress after 9 years.

In 2010, she played the role of young Marian Rivera in the Kapuso remake of Endless Love.

On the day that she appeared on GMA-7, Kathryn was also seen in ABS-CBN as the young Gretchen Barretto in the series Magkaribal.

Kathryn was supposed to be part of the 2010 Kapuso youth-oriented series Tween Hearts with Kristoffer Martin, but she opted to stay with ABS-CBN and do the remake of Mara Clara.