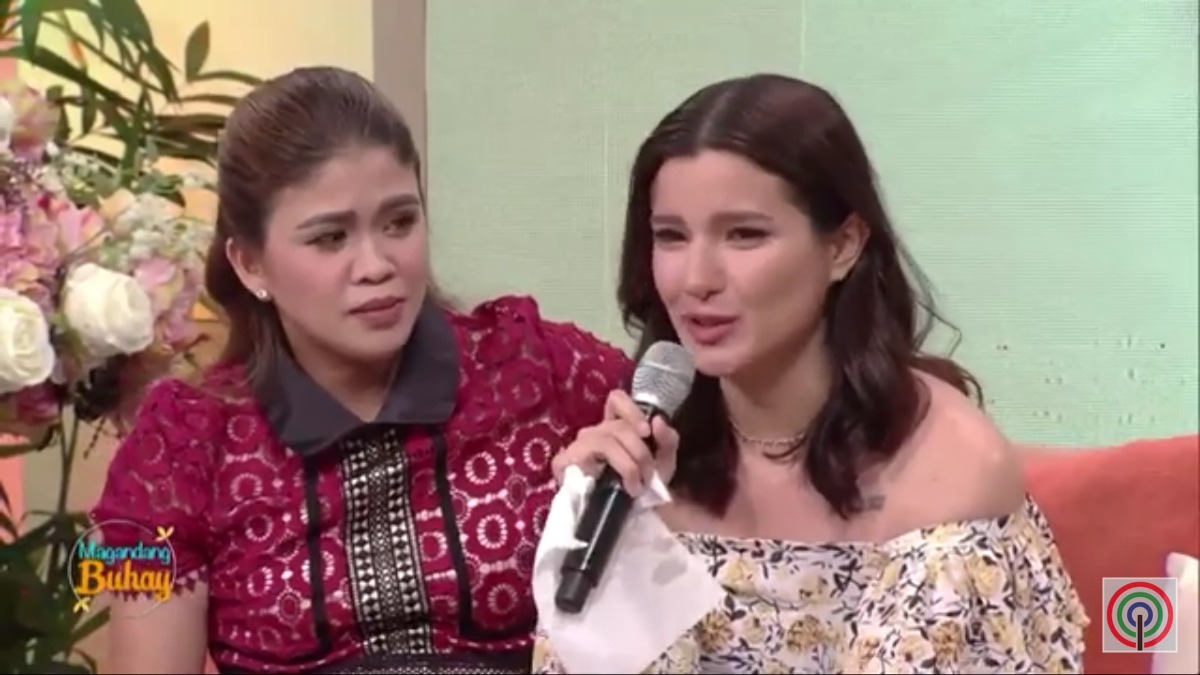 Rowena went viral this past weekend because of her perceived conduct during an episode of the Kapamilya reality show.

She was being interviewed on cam when she was seen pushing Melai away.

Melai was asking Rowena about the eviction of her daughter, Diana.

Rowena was also seen to be have rudely answered Melai’s questions, before walking out of the scene.

A video of the whole moment was viewed half a million times on Twitter, and many rebuked Rowena’s attitude.

In the July 12 episode of Melai’s morning show, Magandang Buhay, Melai and her co-hosts were interviewing Diana so she had time to explain what happened.

Melai said the mother was just in shock because she just heard the eviction results before she was pulled to do an interview in front of the camera.

The TV host also explained that Rowena did not have enough time to formulate the answer to her question about Diana’s journey in the PBB house because she felt a lot of emotions.

Rowena then tried to joke around.

Melai admitted Rowena pushed her, but only playfully. The walk-out also was not out of rudeness, but confusion.

Melai also mentioned that she looked for Rowena after the taping so she could console her. People did not see that off-cam, Melai and Rowena actually hugged each other behind the scenes.

Diana shed tears while Melai was explaining her side.

The model and reality show contestant thanked the comedienne for defending her mother.

Rowena, who was a surprise guest, also had the chance to explain her side.

She said she did not expect PBB Otso viewers to criticize her.