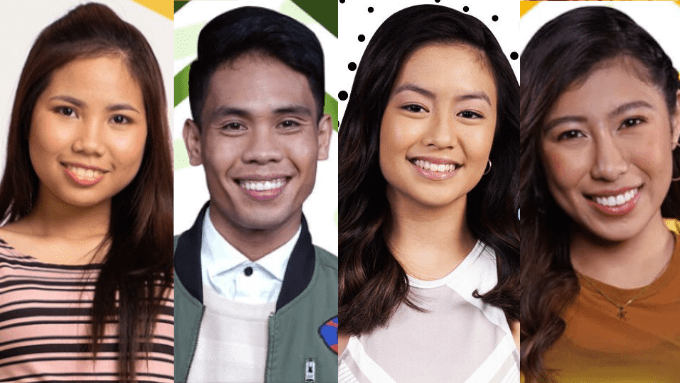 Last week, the Big Four of the first three batches in Pinoy Big Brother Otso returned to the house.

They joined the Big Four of Batch 4--Kiara Takahashi, Akie Poblete, Argel Saycon and Wealand Ferrer--who did not exit the house.

Lastly, the members of the Big Four of Batch 3 were Ashley del Mundo, Batit Espiritu, Tan Roncal, and Yen Quirante.

These 12 housemates re-entered in pairs of two, and each one had to face a challenge before they entered the PBB house.

Once the 16 housemates were revealed, Big Brother revealed the Big Winners of every batch. This was announced in the July 13 episode.

Lie, Yamyam, Ashley, and Kiara each won P100,000 pesos. They also have a guaranteed spot in the Big Night, where they can win more prizes if they clinch the Big Winner title for the whole season.

After the batch Big Winners were named, Big Brother revealed the next twist. There are four additional spots for the Big Night. This means there will be 8 grand finalists who will be known as the Big Otso housemates.

The remaining four spots will be decided via the Pinoy Big Batch-bakan. Every batch has to battle in four Batch-bakan challenges, and the members of the winning batch will be up for public voting to decide who among them will be part of the Big Otso.

Who will get the additional four spots and become the Big Otso housemates? Viewers will find out soon.