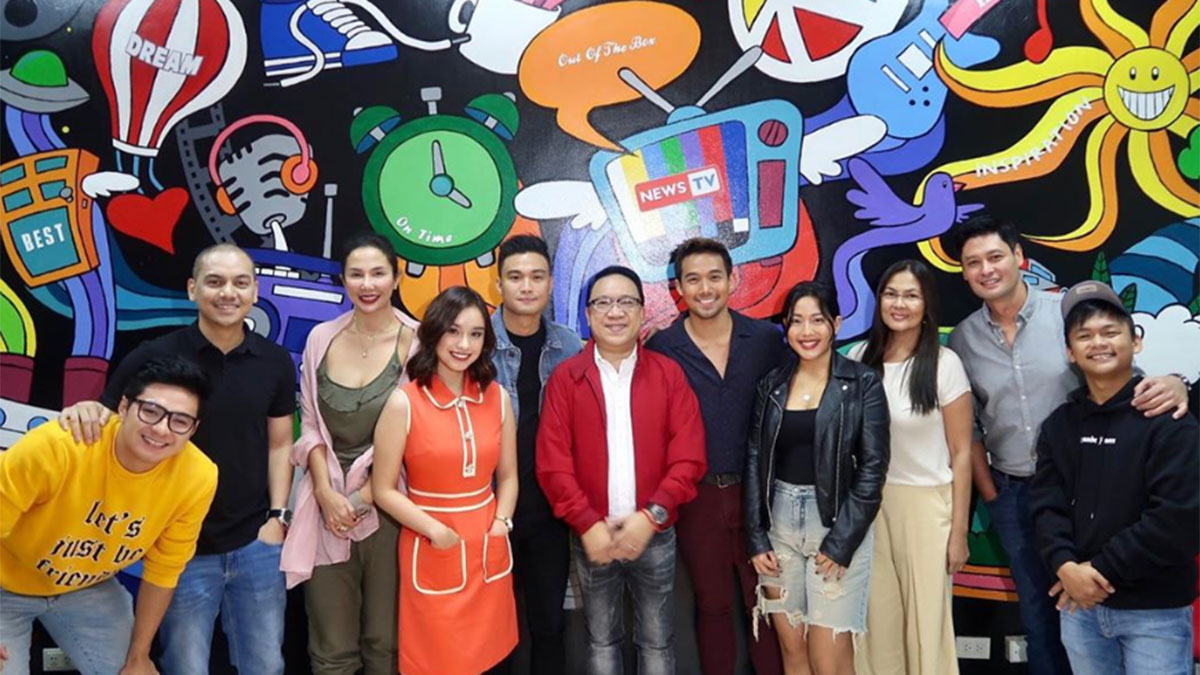 Veteran actors Roderick Paulate and Amy Austria are both staging a comeback in GMA-7.

They will be seen together in the show titled One of the Baes, starring Ken Chan and Rita Daniela.

Roderick and Amy, who were last seen in their respective ABS-CBN teleseryes, attended the story conference of the new Kapuso show last July 17.

One of the Baes is produced by GMA News and Public Affairs, which also produces romantic-comedy series such as TODA One I Love (2019), Inday Will Always Love You (2018), and I Heart Davao (2017).

An airing date has yet to be announced for One of the Baes.

One of the Baes is Amy Austria's comeback to GMA-7 after 14 years.

Her last appearance in a Kapuso show was in the 2005 prime-time series Sugo, starring Richard Gutierrez.

After Walang Kapalit, Amy temporarily took a break from acting to focus on her family life.

Her inclusion in the remake of Pangako Sa 'Yo made Amy the second actress to be part of both incarnations of the Kapamilya series. The other one was Jodi Sta. Maria.

Amy revealed during the finale press conference of Pangako Sa 'Yo that there was actually an offer for her to do a project with GMA-7.

However, she decided to choose to do the project with Kathryn Bernardo and Daniel Padilla.

Roderick Paulate is considered to be one of the original Kapamilyas, after hosting various TV shows and starring in sitcoms of the network.

He is known for the variety show Tonight With Dick and Carmi with Carmi Martin, which ran from 1988 to 1991.

Roderick was also one of the hosts of the noontime show Magandang Tanghali, Bayan, along with Amy Perez. Their duo became famous during the show's run in 1998 to 2003.

In 2006, Roderick tried for the first time to become a Kapuso when he top-billed the afternoon series Makita Ka Lang Muli, produced by TAPE Inc.

As the show was short-lived, he returned to ABS-CBN in 2007 for the sitcom That's My Doc.

In 2013, Roderick staged an ABS-CBN comeback when he was tapped to host The Singing Bee, together with Amy Perez. The show ran for two years.

After not doing regular TV shows from 2015 to 2016, Roderick returned to TV in 2017 via the Wansapanataym episode "Amazing Ving," which reunited him with Carmi Martin.

Roderick and Carmi were also part of FPJ's Ang Probinsyano from 2018 to 2019.