Coach Apl.de.ap feels “like a father again” as he returns to The Voice PH Season 2 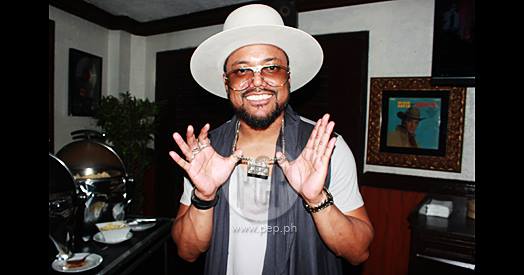 Apl.de.ap remembers one instance when a foreigner asked him, "How come all Filipinos can sing?" The hip-hop artist answered, "Because we love it, we love singing, even if we can’t sing, we still love singing. It's always in our heart and soul to sing, and I think it’s a form of release for us."

After rumors started spreading that Black Eyed Peas’ apl.de.ap will not be returning for the next installment of The Voice of the Philippines, the singer-producer finally confirmed his attendance and gave his reason why he decided to return as a coach for ABS-CBN's reality talent search.

Apl.de.ap explained, “That’s how you get to discover these artists,” referring to previous The Voice Philippines contenders Jessica Reynoso and 13-year-old Miguel Antonio as well as Indonesia’s Shae, Singapore’s Kevin Lester, and even The Voice Vietnam’s coach Thanh Bui). They are all now signed under Apl's record label BMBX (pronounced as Boombox).

The talented artists held a mini-concert last September 12 and performed samples of their highly anticipated line-up this year at the Hard Rock Café.

During an interview with the press, apl.de.ap confessed, “I’m just really discovering artists, the passion, and the stories.

“So that’s what makes you, like, kahit puyat, kaya ko rin.

“And, of course, the show is fun. I love my co-coaches, Lea [Salonga,] Sarah [Geronimo,] Bamboo.”

It was also mentioned that The Voice Philippines Season 2 will have some sort of a twist in the program. Coaches will now have the power to “steal an artist from other teams.”

In line with this, apl.de.ap gamely challenged his fellow coaches: “I’m ready to steal. Watch out Bamboo, Sarah, Lea, I’ll steal it.”

The 39-year-old hip-hop artist also added that he “feels like a father again” now that he’s back coaching and mentoring singers for them to improve not only their voices but also learn to open up their hearts when performing.

“It’s fun, they have fun out there. And it’s shining a light for our kababayans, and our country, because we need to be heard,” he concluded.