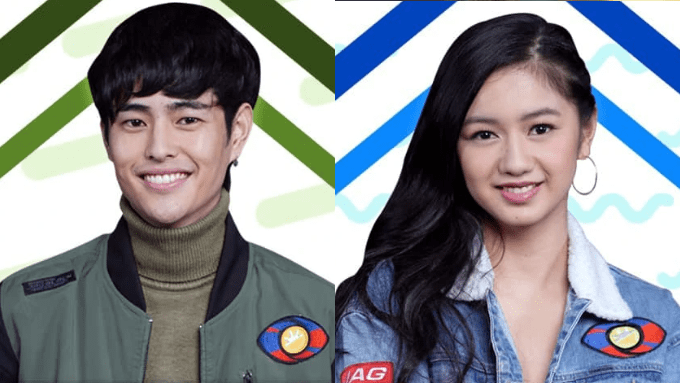 Fumiya Sankai and Kaori Oinuma will join the PBB Otso Big Night to be held from August 3-4, 2019.

Last weekend, Pinoy Big Brother Otso revealed that the coming Big Night on August 3 to 4, 2019 will have eight finalists.

Instead of the traditional Big Four, the finals will have a Big Otso, which consists of the four batch Big Winners and four additional housemates.

The batch Big Winners are Lie Reposposa for batch 1, Yamyam Gucong for batch 2, Ashley del Mundo for batch 3, and Kiara Takahashi for batch 4.

The rest of the housemates, formed by the remaining members of the Big Four of every batch, need to compete in the Batch-Bakan competition to claim the last four seats in the Big Otso.

The first Batch-Bakan competition happened in the beginning of last week.

First, the four batches competed by trying to sink a metal ball in the middle of a handheld table maze. Batch 3 was eliminated in this round because they collected the least balls.

Batch 1, 2 and 4 competed in a floor maze where they had to collect balls while blindfolded. Batch 4 was removed at this point because they got the least number of balls.

The last Batch-Bakan competition was played between batch 1 and 2. The two teams had to use four sticks to carry a huge dice across a floor maze. At the end of the maze, they have to throw the dice so that it lands on a required number. The three numbers that they need to get are 1, 4 and 3.

Batch 2 easily won this round because they were able to balance their dice quickly. Batch 1 had trouble bringing the dice across the maze.

Because Batch 2 won, Andre, Fumiya, and Lou had to rely on public votes to determine who among them will join the Big Otso. Fumiya won, taking 62.1% of the total SMS votes. Lou only received 31.57% and Andre got 6.33%.

Fumiya’s win isn’t that surprising because he also came in second to batch winner, Yamyam.

In the next Batch-Bakan challenge, the four batches had to face a memory challenge in the first round.

Batch 1 and 3 competed against each other. They had to memorize specific items, run to the next room to collect them from a crowded shelf, then go back to the first room to confirm if they got the correct ones. Batch 1 won because they got eight points over batch 3’s one point.

Then Batch 2 and 4 competed in a challenge where they had to retrieve items from behind a metal net. Batch 4 retrieved their items faster, so they moved on to the next competition versus batch 1.

The last competition involved math, as they had to solve an equation with numbers placed on several disks. Batch 1 got the correct answer after two tries.

For this reason, Jelay, Kaori, and Karina also had to rely on public votes to determine who among them would take the sixth seat. The winner was Kaori, who took 44.75% of the votes. She narrowly defeated Karina, who garnered 42.66%. Jelay only received 12.59% of the votes.

Kaori’s win was a bit of a surprise because she only placed third in the voting for their batch. Karina was in second place behind Lie.

Who will take the seventh and eighth Big Otso seats? Viewers will find out in the next episodes.