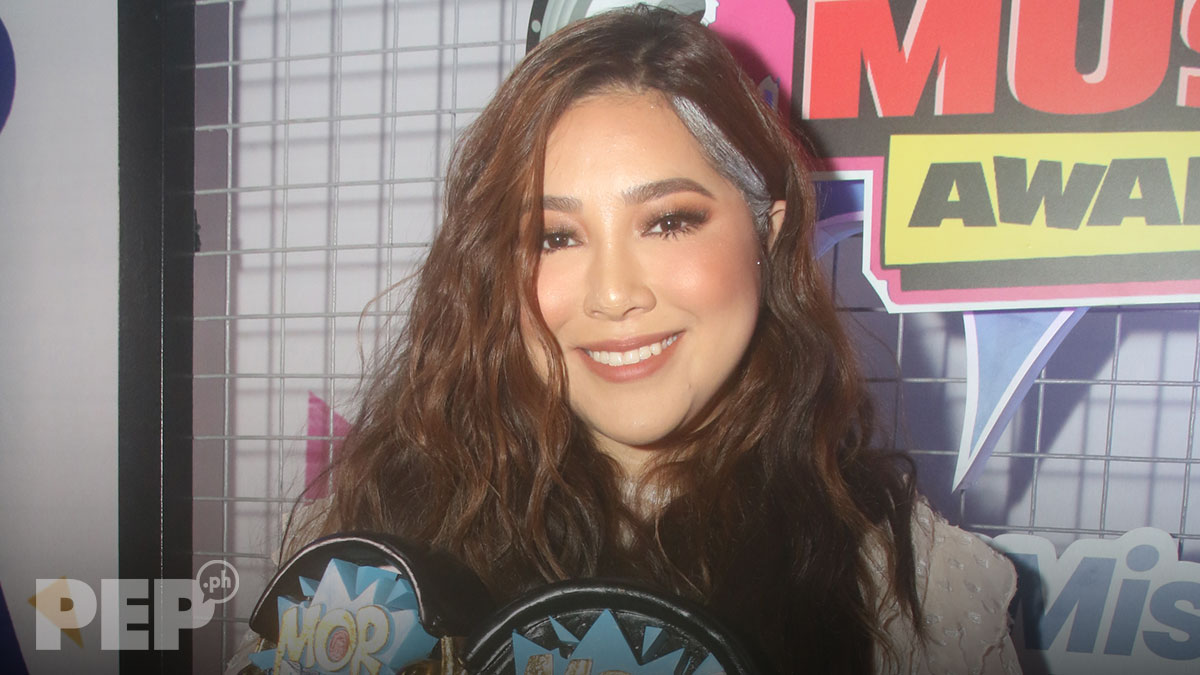 Moira dela Torre on issue about judges playing favorites in Idol PH: "Well actually, 50-50 po siya, so imagine, even if the ones that got out actually weren't the lowest in our list, 50-50 talaga its our scores and public votes, it's really just meant for one winner."
PHOTO/S: Mark Atienza

Moira dela Torre says that she already feels "sepanx" or separation anxiety now that Idol Philippines is about to end its run.

In an interview with PEP.ph (Philippine Entertainment Portal) and other reporters at the July 16 MOR Pinoy Music Awards, Moira opened up about the impending finale of the ABS-CBN show.

Moira said, "Nase-sepanx na ako super. It's been such a great journey, from the staff to the crew to the contestants to my fellow judges, we're all really like a family in there.

"Hindi naman maiiwasan the bashing outside, but really, inside we're so solid and we're so happy. I'm very grateful and I'm really getting sad."

Moira is one of the judges in Idol Philippines. The other three are Regine Velasquez, Vice Ganda, and James Reid.

Moira admitted that she gets affected everytime someone gets eliminated each week.

She reasoned out, "They're all so talented and alam naman na natin kung gaano sila kagaling.

"So yung pain na nararamdaman namin for them, doble kasi hindi lang as judges but as fellow artists, so it's really, really hard.

"But at the same time, I'm so grateful to have been given this job."

Moira also believes that the pieces of advice she gives to the contestants—especially those who would get eliminated, are credible simply because she once experienced that.

It may be recalled that Moira tried her luck in The Voice of the Philippines, but she lost during the battle rounds.

If she could give a message to the eliminated finalists, she would say: "Hey, it gets better and I can assure you through my life that it really does get better."

PEP.ph also asked Moira about viewers claiming that the judges are playing favorites among the contestants.

Moira answered, "Well actually, 50-50 po siya, so imagine, even if the ones that got out actually weren't the lowest in our list, 50-50 talaga its our scores and public votes, it's really just meant for one winner."

What should people expect in the finale of Idol Philippines?

"I don't know. They will keep surprising us for sure.

"Every week, we sit there and we don't know what to expect but them just getting better and better and our job getting harder and harder."