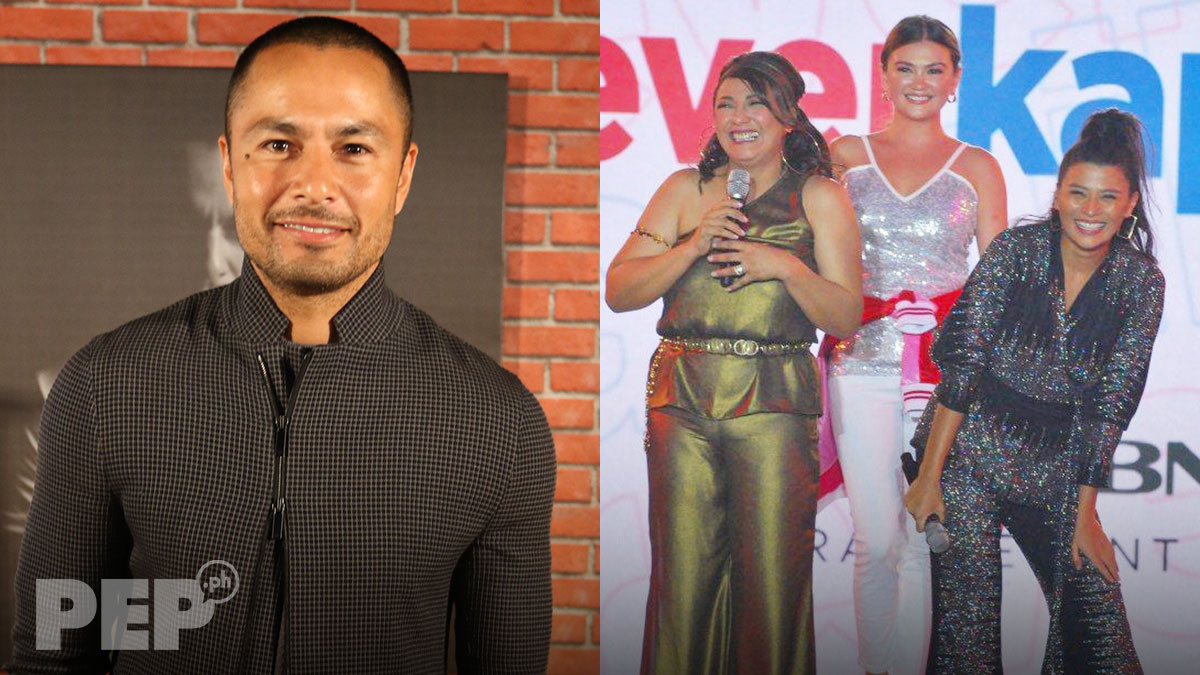 GMA-7 stars Derek Ramsay and Mylene Dizon will appear in ABS-CBN-produced content via the streaming service iWant. Derek will be paired with Jessy Mendiola in a film while Mylene Dizon is part of Call Me Tita starring Cherry Pie Picache and Angelica Panganiban.
PHOTO/S: Noel Orsal / ABS-CBN PR

Since its launch in November 2018, iWant has already produced several films and series that became trending topics on social media.

For the third quarter of 2019, iWant is set to release more original content featuring stars from ABS-CBN, GMA-7, and artists from indie films and the theater community.

Mylene Dizon and Derek Ramsay, who currently appear in their respective GMA-7 programs, are slated to appear in iWant originals.

Call Me Tita revolves around five middle-aged women who are searching for new experiences, their purpose in life, and seeking acceptance.

The series, originally titled "Don't Call Me Tita," is inspired by Cherie Gil's trending Facebook post about the work etiquette to be displayed by actors and actresses.

Cherie was supposed to be part of the series but she was replaced by Lorna Tolentino.

Call Me Tita will be available on the iWant app starting this August.

Kadenang Ginto stars Beauty Gonzalez and Seth Fedelin will be seen in a horror series titled Abandoned. Beauty is a security guard who finds herself plagued with evil spirits, which she unintentionally brings home. The spirits then torment her son, played by Seth.

Bagman, produced by Dreamscape Digital, gets a second season. Formerly starring Arjo Atayde, the new season will now focus on the character of Carlo Aquino, who dives into the web of politics and corruption.

Jessy was once rumored to transfer to GMA-7, at the time when Derek was already signing a contract with the Kapuso network. In fact, it was even speculated that they would work together in the series The Better Woman.

However, Jessy did not become a part of the Kapuso series. In fact, she will be part of the upcoming ABS-CBN drama series, SanDugo, starring Ejay Falcon and Aljur Abrenica.

Jessy's SanDugo co-star, Elisse Joson, will also do a separate iWant movie called You Have Arrived, which revolves around the repercussions of social media.

Rio Locsin and Markus Paterson will top-bill a twisted family drama titled Kargo, while Zaijian Jaranilla takes on a more mature role via Story of My Life.

Lastly, from the success of their Maalaala Mo Kaya episode, Barbie Imperial and Paulo Angeles will top-bill an iWant original titled Taiwan That You Love.

iWant users can also expect two documentary series: one about the TNT Boys titled TNT Boys: Journey to the World Stage, and another one about the historical film Quezon’s Game and Jewish people living in the country called The Last Manilaners: A Quezon’s Game Documentary.