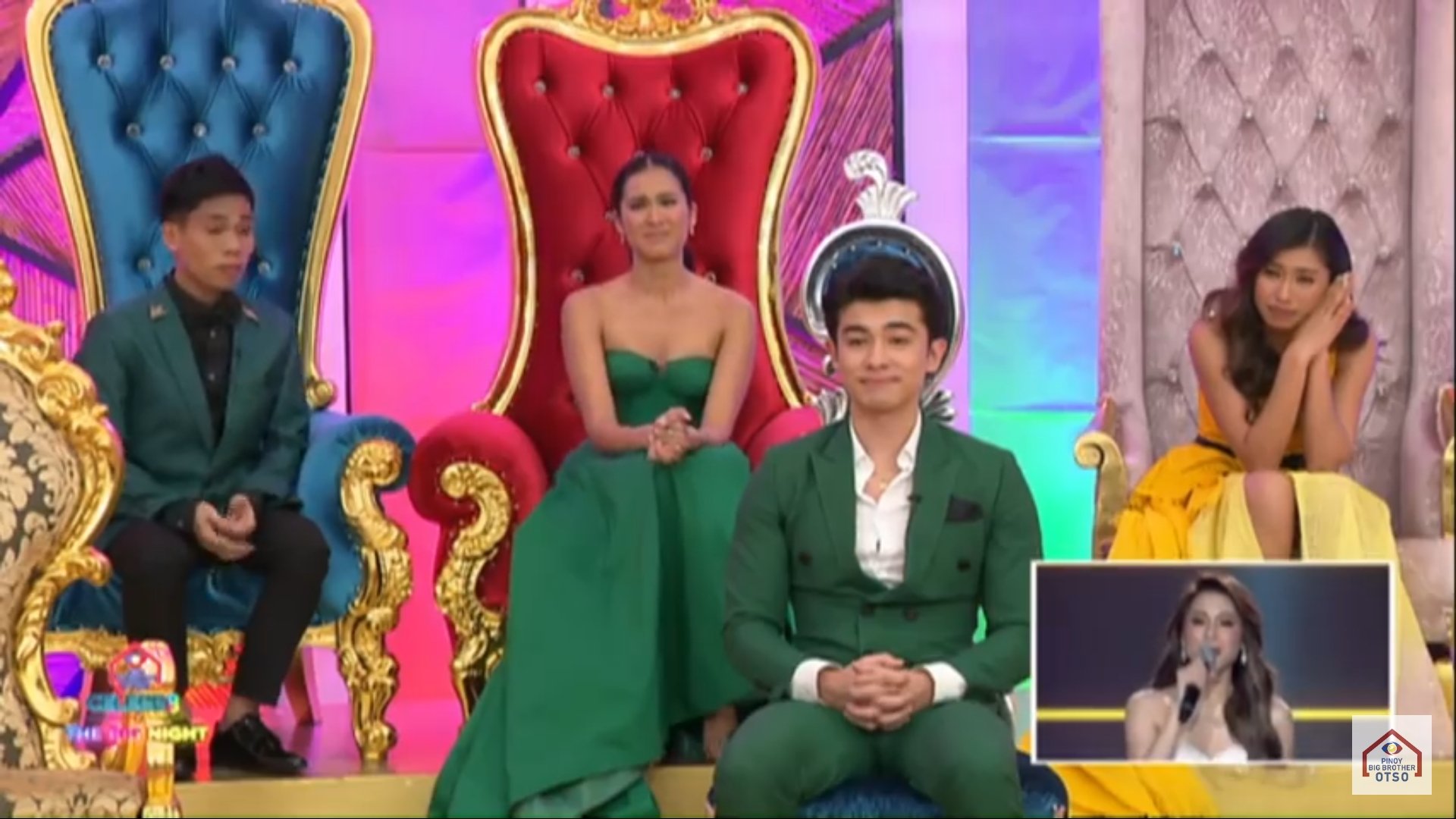 Fans of Pinoy Big Brother Otso’s batch 2 and batch 4 were in high spirits last night, August 3, as they witnessed their favorite housemates make it to the Ultimate Big Four of this season.

The program was aired live from the AATF Sports Complex in Imus, Cavite.

Tonight, August 4, one of them has a chance to take the Big Winner title, which will give them a condo unit, a travel package worth PHP 300,000 and PHP 2 million pesos in cash.

These four reached their top spots by earning the highest percentage of votes from the viewers, and by winning many gold bars in the ultimate challenges during the week.

The fifth to eighth big placers were also revealed.

Kaori Oinuma of batch 1 placed eighth. The Kawaii Daughter ng Japan got 6.03%, the lowest among the final eight housemates.

Ashley del Mundo, the last remaining member of batch 3, ended up in seventh place. The 15-year-old Adventurous Angel ng Australia, who was the batch winner, garnered 9.16%.

Both Kaori and Ashley had trouble getting gold bars throughout the week. They were the two housemates who failed to get any gold bar from the first ultimate challenge. The relative lack of gold bars got them to end up in the lowest ranks even if they had loyal supporters who voted for them.

Lie Reposposa, the batch winner of batch 1, ended up in sixth place. The 15-year-old Teenig ng Tawanan ng Davao only took 9.6% of the final scores.

Then it was Fumiya Sankai of batch 2 who took the fifth place. The 24-year-old Konichi-Wonder Vlogger ng Japan ended up with 9.96%.

These two housemates were able to get a few gold bars during the whole week, but they were not enough to place them in the Ultimate Big Four.

There were four ultimate challenges that gave the housemates the opportunity to win gold bars.

In the first ultim8 challenge, the housemates had to use makeshift poles that they have created from household items. They needed to use the poles to get gold bars hanging from the ceiling.

Lou and Yamyam got four gold bars each, Lie got three, and Kiara got two. Both Fumiya and Andre got one gold bar each.

The second ultim8 challenge had the housemates stacking gold bars on top of a long ribbon lying on a long platform. They had to pull the ribbon at the other end of the platform to get the gold bars. If they are able to prevent the stack from toppling while they are pulling the ribbon, then they get those gold bars.

At the end of this challenge, Kiara got 18 bars, Andre earned 15, and Lou had two.

The fourth ultimate challenge allowed the housemates to earn gold bars that they can give to their fellow housemates. Only Fumiya, Kiara, Andre, and Lou were able to complete this challenge.

Fumiya gave Lie two bars. Kiara gave Kaori and Ashley one each. Andre gave two bars to Lou, Fumiya and Yamyam, and one bar to Ashley. Lastly, Lou gave one bar each to Ashley, Lie and Yamyam.

The housemates faced the danger of losing their earned gold bars.

At the start of the week, the Big 8 housemates were asked to stay only on eight platforms shaped like a quarter of a circle. They were not allowed to step down from these platforms, so they had to carry them around to navigate the house. They also had to sleep on the platforms.

The housemates who stepped off or fell of the platforms were penalized with the return of their gold bars.

Ashley made the most violations. She had to return five gold bars.

Andre and Kiara incurred three violations, and gave back the same amount of gold bars each.

Yamyam, Lou, Lie, and Fumiya had to return one gold bar each.

Kaori was safe. She did not make any mistake so she got to keep all her gold bars.

The housemates were also given the opportunity to earn the gold bars they returned. All eight of them had to stand on a very small platform for a minute, just to get one bar back. The housemates took back all 15 gold bars this way.

Who do you think will be the Big Winner of PBB Otso?

Give your predictions and comments below!