Kapamilya Sharon Cuneta appears on GMA-7; refuses to be part of network war 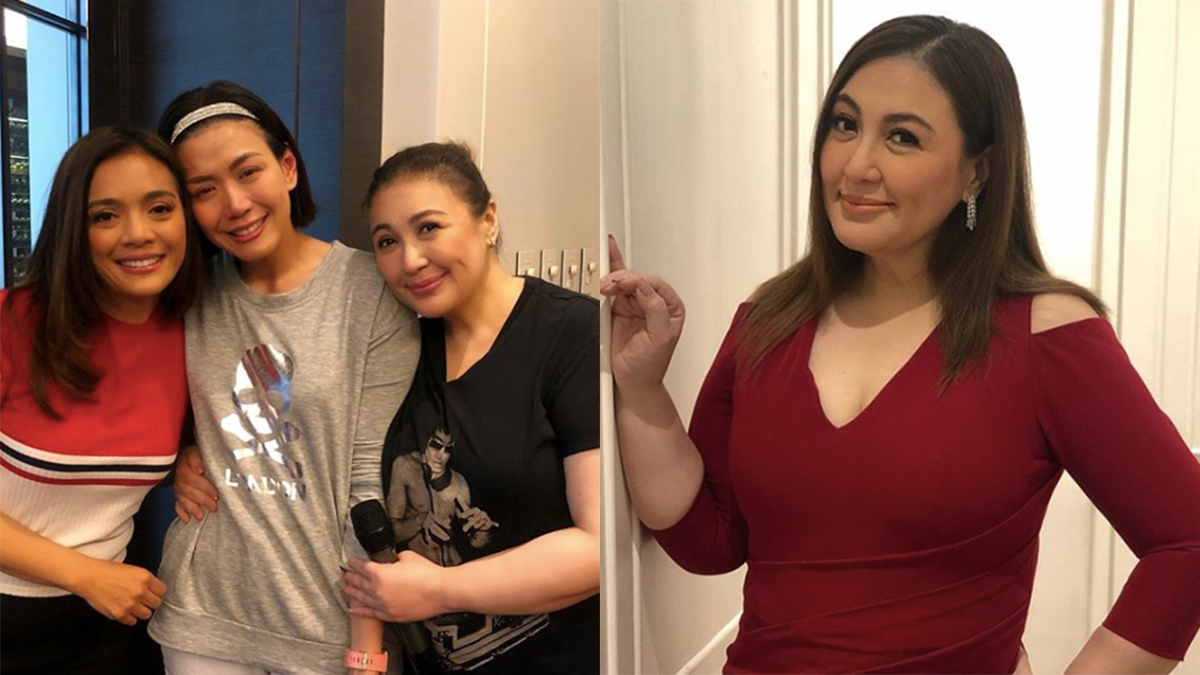 Sharon Cuneta on GMA-7 appearance: "Though I am a Kapamilya, I refuse to be a part of the Network Wars. All stations, especially GMA, have helped me to become what I have in my career."
PHOTO/S: @sharoncunetanetwork on Instagram

Sharon Cuneta, a contract star of ABS-CBN, made an appearance on GMA-7's News and Public Affairs program Wish Ko Lang!

The appearance happened on August 5, when Wish Ko Lang! surprised newscaster Rhea Santos with a meet-up with her idol Sharon. The two then did a duet for the Kapuso show.

This is one of Rhea's last TV appearances before she migrates to Canada with her family.

On Instagram, Sharon posted a video clip of her surprise to Rhea.

In her caption, Sharon said that she refuses to be part of the "network wars" between GMA-7 and her home network, ABS-CBN.

She also thanked GMA-7 for helping her in the past. She used to be a Kapuso in her younger years.

Sharon wrote: "Thanks to Vicky Morales, I was able to surprise Rhea Santos on Wish Ko Lang before she and her beautiful family left for Canada for good. We will miss you, Rhea!

"Though I am a Kapamilya, I refuse to be a part of the Network Wars. All stations, especially GMA, have helped me to become what I have in my career.

"And I was a Kapuso for a long time in my younger years, and so I have a loving family there too! Lots of love always."

Sharon used to be a host in GMA-7's Sunday noontime show, GMA Supershow, produced by the late German "Kuya Germs" Moreno. She served as one of Kuya Germs's co-hosts from 1979 to 1985.

Sharon remained as a Kapamilya until early 2012.

She later signed a contract with TV5 and was a talent of the Kapatid network until 2014.

In 2015, Sharon returned to ABS-CBN. She is still with the Kapamilya network.

However, she is not part of the new season of The Voice Kids, where she was a coach for two seasons.