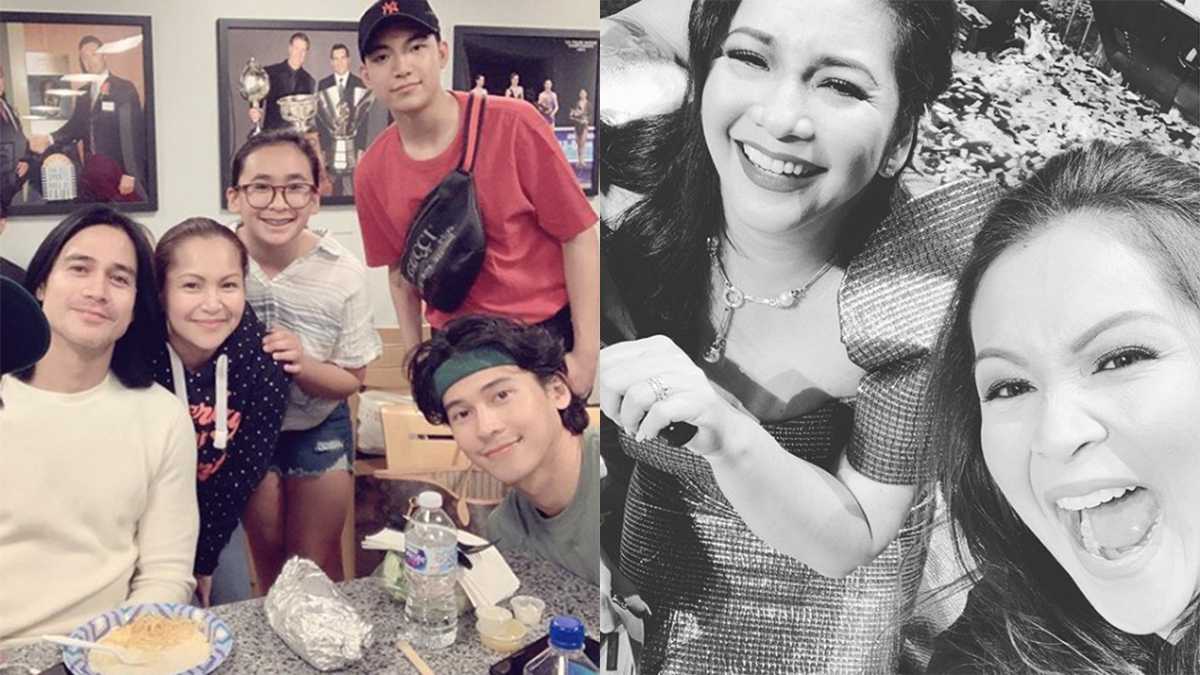 Carol Banawa will be seen again on ASAP after three years. She is part of the ASAP Natin 'To Bay Area show.
PHOTO/S: @iamcarolbanawa on Instagram

U.S.-based singer Carol Banawa will be seen by her Filipino fans again on television, as she is part of the ASAP Natin 'To Bay Area show.

On her Instagram account, the former Kapamilya singer-actress posted some photos with the singers of ASAP Natin 'To.

Carol took photos with Kyla and another U.S.-based singer, Ella May Saison, who is also making an appearance on the show.

Sheryn Regis, who is also based in the U.S., is also part of the Bay Area show with Carol and former ASAP host, Pops Fernandez.

She said in her caption, "Kilig to have met this amazing singer-songwriter. I am a fan."

Carol and Sheryn also had a photo with the TNT Boys, who also performed in the show.

Carol's last Instagram post about the ASAP Natin 'To Bay Area show was a backshot of her performance.

Based on the teleprompter, it looks like Carol was performing her own composition, "Stay," a song she composed for her deceased brother.

She wrote in the caption, "'Being a singer is a natural gift. It means I am using to the highest degree possible the gift that God gave me to use. I’m happy with that.' - Aretha Franklin"

Carol's last ASAP appearance was in 2016, for the ASAP Live In New York show.

Carol used to be a regular performer of ASAP until 2003, when she decided to migrate to the United States and leave her showbiz career.

ASAP Natin 'To has yet to announce when the Bay Area show will air on Philippine TV.