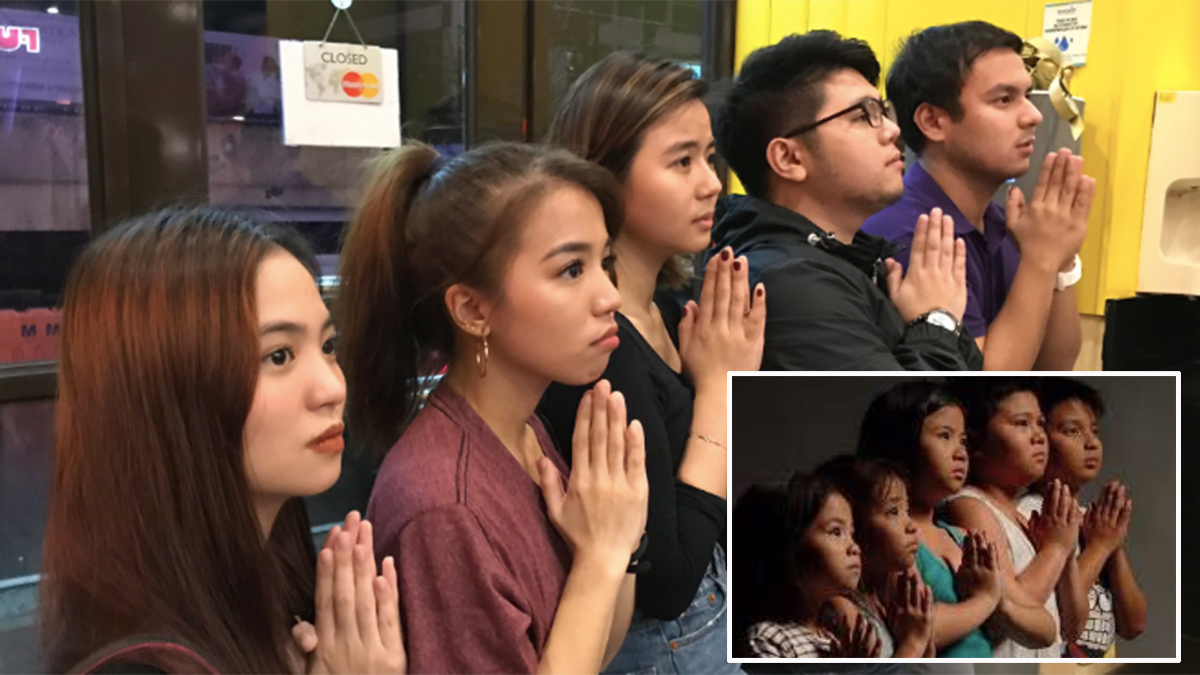 Miles Ocampo and Sharlene San Pedro had a reunion with their castmates from the 2005 ABS-CBN drama series Mga Anghel Na Walang Langit.

The three other lead stars of the show, who are not active in showbiz today, are Nikki Bagaporo, Carl Barrameda, and John Manalo.

The reunion happened last August 5, during a Goin' Bulilit party for its final episode.

In a photo posted by Miles on her Instagram story on August 5, the five lead stars of the series re-enacted their pose in the poster.

She also wrote the names of their characters in the show: Sharlene as Gigi, Nikki as Enchang, Miles as Pepay, Carl as Dodong, and John as Jeboy. 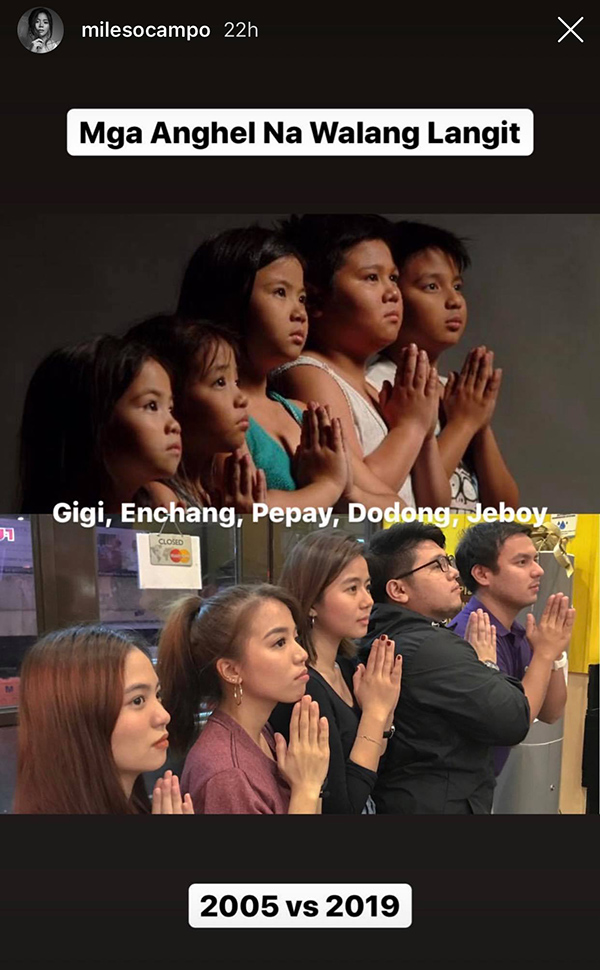 Mga Anghel Na Walang Langit, the 2005 series, was inspired by the 1970s film of the same title, which was written and produced by the late Fernando Poe Jr.

According to former ABS-CBN President and current Chief Content Officer Charo Santos-Concio, it was the show that brought back the Kapamilya network to the top of the ratings game.

At the time, ABS-CBN experienced a major drop in the ratings in 2004 due to the emergence of GMA-7 fantasy shows such as Mulawin and later, Encantadia.

Mga Anghel Na Walang Langit is also Charo's first show after she went on an indefinite leave, and almost resigned from her post in ABS-CBN that year.

Charo said in her book My Journey, "Finally, we were able to nudge at the lead of Mulawin. The fact that we succeeded with a simple, low budget show against the high production values of the fantaserye, gave me even more courage to stand by our storytelling instincts."