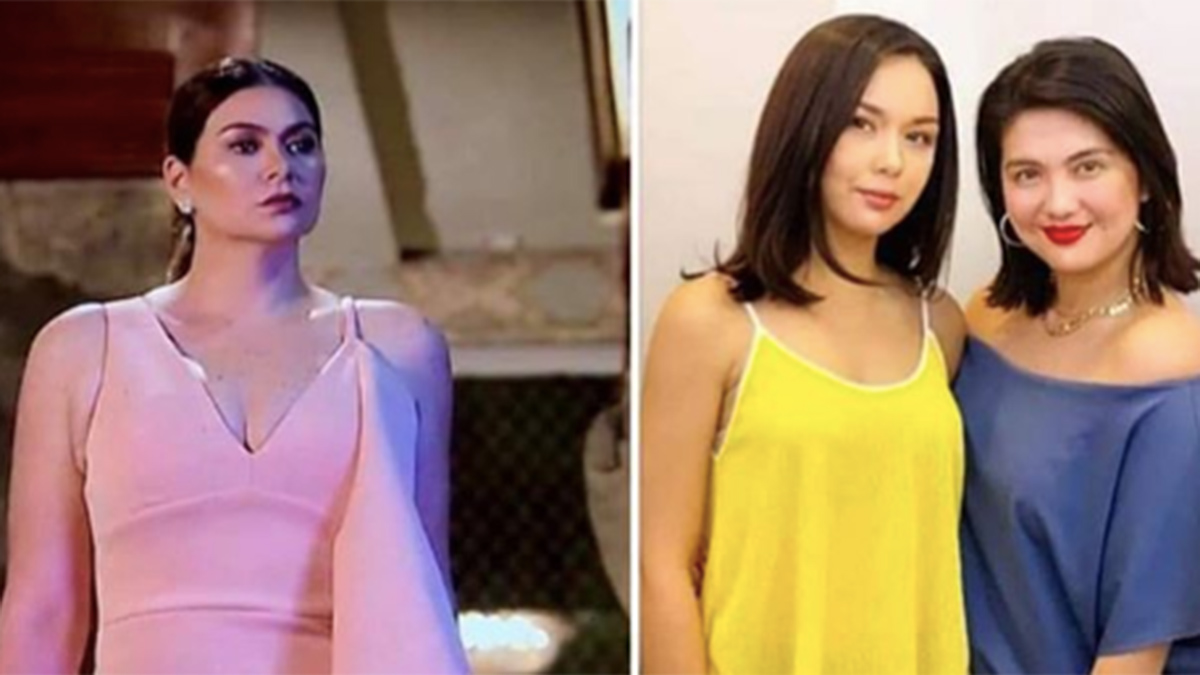 Aiko Melendez (left) on Beauty Gonzalez (wearing yellow) and Dimples Romana: "Nagkataon lang magkatapat ang shows namen, but at the end of the day, I am sure they have the same take as I am na TRABAHO lang walang personalan."
PHOTO/S: @aikomelendez on Instagram

Kadenang Ginto, which is top-billed by Beauty Gonzalez and Dimples Romana, has been airing since October 2018, while Aiko's TV show aired its pilot episode on August 19, 2019.

One half of the meme showed Beauty and Dimples posing for a photo, while the other half showed Aiko's kontrabida look for Prima Donnas.

In Aiko's caption, she explained that despite their shows being timeslot rivals, the three of them remain friends.

Aiko wrote (published as is), "Christine Marie Gonzalez Crisologo (Beauty) and Dimples are my friends. I have worked with Dimples in many projects already. While Beauty and I would exchange messages on IG direct.

"We do have a common friend. And i always make it a point to Congratulate her whenever i get to watch her on TV. Like her episode in MMK directed by Nuel Naval sabi ko ang husay nya dun."

Aiko previously worked with Dimples in ABS-CBN's daytime series Give Love on Christmas, which aired in December 2014.

Aiko assured her followers that only their timeslots are pitted against each other, and not them as actresses.

She continued, "Kaya whatever memes you see now, is all for show and work lang kami. Walang Personalan.

"Nagkataon lang magkatapat ang shows namen, but at the end of the day, Iam sure they have the same take as Iam na TRABAHO lang walang personalan."

Aiko also pointed out that while she is happy for the success of Kadenang Ginto, she is also happy that Prima Donnas is catching up with Kadenang Ginto in the ratings game.

"Im sincerely Happy for the success of their show, But am also happy and grateful with Primadonnas because i can say di kami nalalampaso naman sa ratings and Maraming Salamat sa mga commercials namen kasi puno po kami lagi. Thank You Lord!

"So ayan whether be it KENDRA vs DANIELLA o KENDRA vs Romina. The 3 of us have a common goal we all want to give the viewers a choice . Kasi pareho maganda po show namen.

Kendra is the name of Aiko's character in Prima Donnas, while Beauty and Dimples play Romina and Daniela, respectively, in Kadenang Ginto.

For its pilot episode, Prima Donnas got a TV rating of 12.9% according to Kantar Media, while Kadenang Ginto registered a rating of 24%.