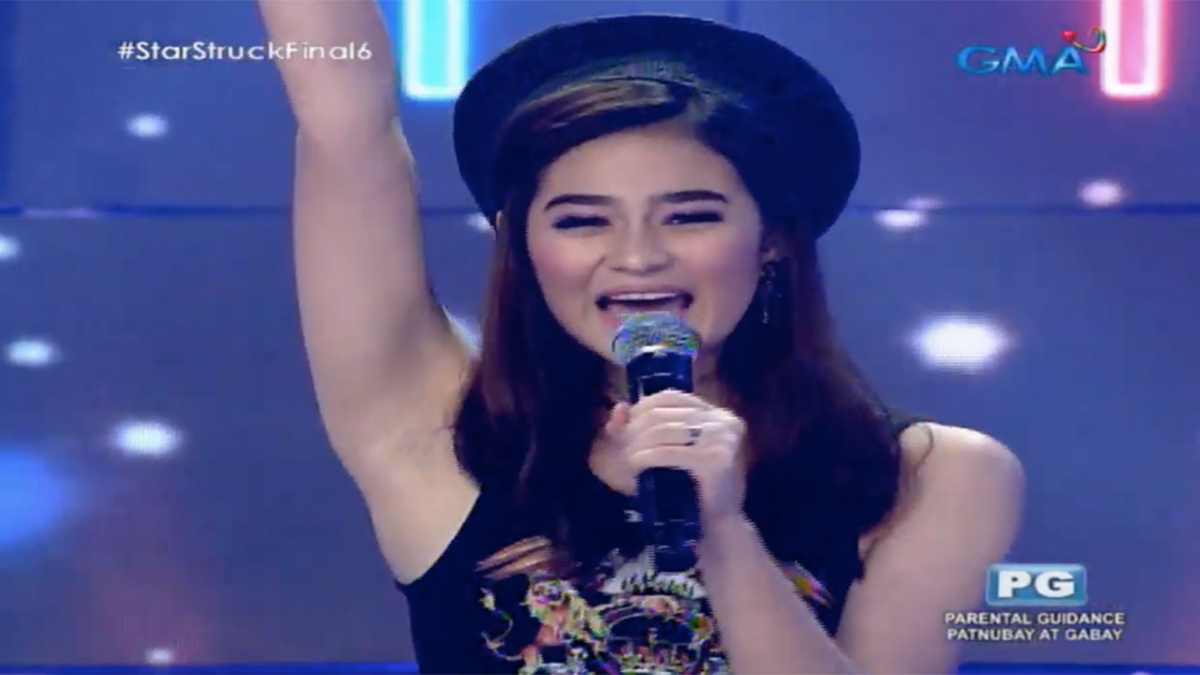 This was after Dani Porter got eliminated from the competition tonight, August 25.

The results were based on the hopefuls's combined judges scores and public votes.

The final six of StarStruck 7, who will battle it out to become part of the final four, are: Pamela Prinster, Lexi Gonzales, Shayne Sava, Abdul Raman, Allen Ansay, and Kim de Leon.

Dani Porter also sat on the danger seat during the Saturday episode this week.

Anyone who has the lowest score in the Saturday episode would sit on the danger seat, and might get eliminated from the contest along with the Sunday episode's lowest scorer.

During the elimination, Pamela Prinster joined Dani in the bottom two.

Known as the season's comedienne, Dani elicited laughter when she gave her final message.

This week, the finalists did a dual role of a bida and kontrabida alongside actress Carmina Villaroel.

The "Seven on Seven" twist was also introduced, where each survivor was paired with a StarStruck graduate from the past six and StarStruck kids seasons, and will serve as each survivor's mentor.

The mentors will remain with the finalists until the final judgment.