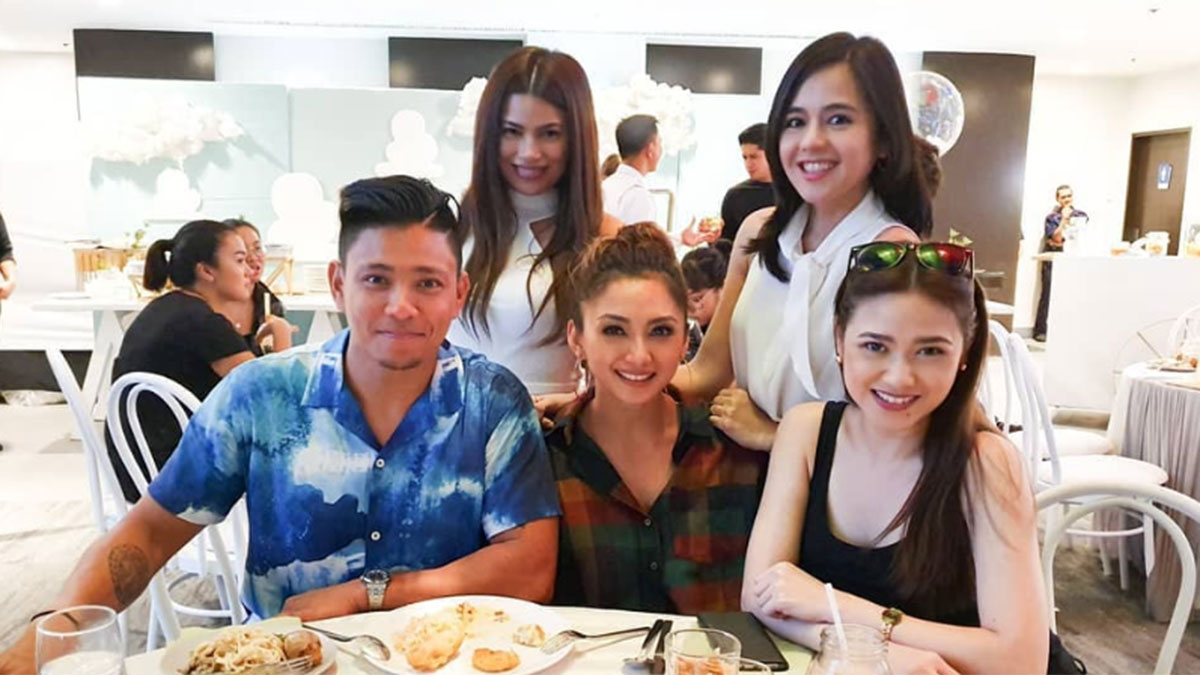 ABS-CBN actress Denise Laurel had a reunion with the co-stars of her former show with GMA-7, Click.

The reunion happened at the joint birthday party of Iya Villania and Drew Arellano's kids, Primo and Leon.

Click stars who were present at the party were Denise, Karen delos Reyes, and former actress Tricia Roman.

Karen wrote in her caption, "2003 is that you? #ClickBarkada Reunion (Mej lang, madami kulang) at Primo & Leon's Birthday Party. Thank you for inviting #GabrielLucas and I @iyavillania @drewarellano. It was so nice to see you guys again. @timelesstricia @d_laurel." 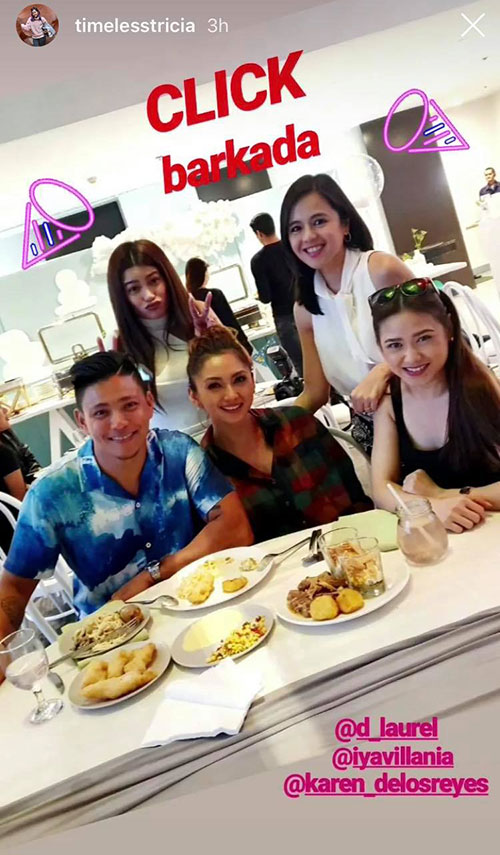 Though Tricia, Karen, and Iya were already part of Click before 2003, it was the year when Drew and Denise joined the Kapuso youth-oriented show.

Among the five Click stars, it was Tricia who was part of the show since it started in 1999. Among her batchmates were Maybelyn dela Cruz, Trina Zuniga, Roxanne Barcelo, James Blanco, Biboy Ramirez, and Sherwin Ordonez.

Drew and Denise's characters came when the third batch of the show was introduced in 2003, and joined second batch members of Click. Tricia was seen in Click until the third batch.

In the fourth batch introduced in 2004, only Iya, Drew, and Valerie remained in the show, along with JC de Vera and StarStruck graduates Jennylyn Mercado and Mark Herras, among others. The show ended on the same year.

In 2016, Iya posted a throwback photo with JC, Valerie, and Drew, which was taken during one of their scenes in Click.

After Click, Iya transferred to ABS-CBN. Denise later joined the Kapamilya network in 2006, and became part of Star Magic.

Iya returned to GMA-7 in 2014, while Denise remained a Kapamilya up to this day. She is currently part of the ABS-CBN prime-time series FPJ's Ang Probinsyano.