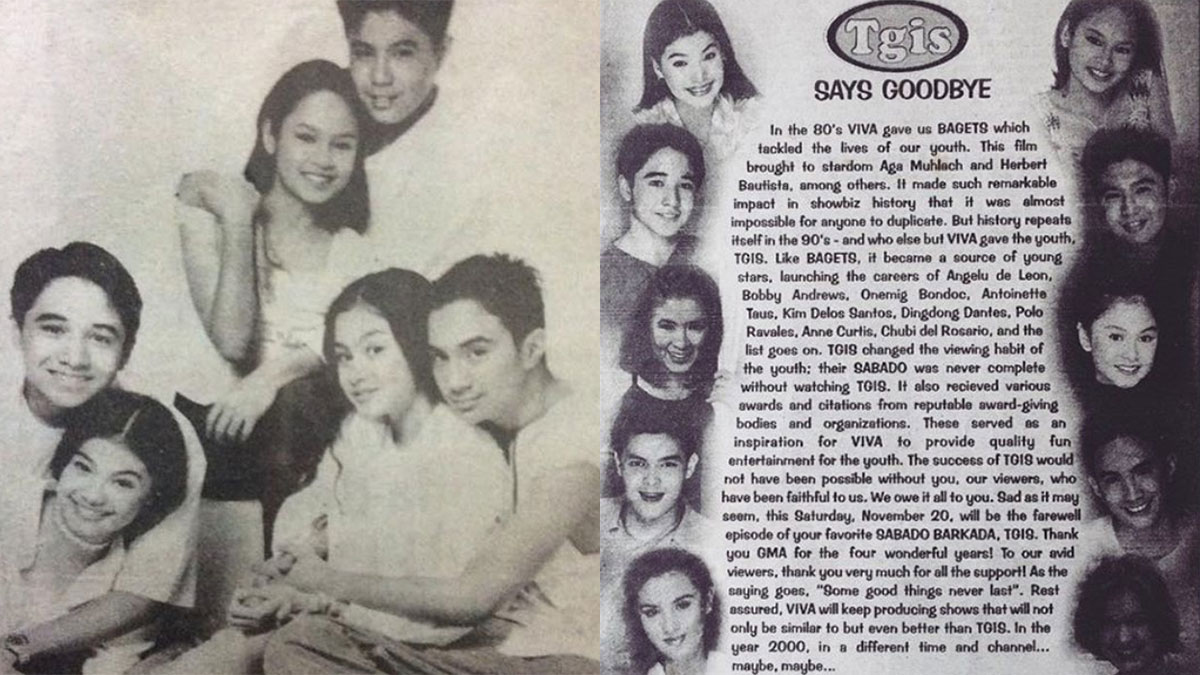 Anne Curtis and Aiza Marquez took a trip down memory lane through a throwback post about the show where they started their careers, TGIS.
PHOTO/S: @mszingm on Instagram

Back then, Aiza and Anne were cast members of the second batch. They were eventually promoted to lead the third batch.

TGIS was produced by VIVA Television, and aired on GMA-7's Saturday afternoon block from August 1995 to November 1999.

Aiza wrote on her Instagram post, "#throwbackthursday: The T.G.I.S goodbye message to fans from 19 years ago... #tbt #tgis #thankgoditssabado #batang90s"

The first photo showed a newspaper advertisement about TGIS's farewell on November 20, 1999.

Anne commented on the post, "Awwwww Grabe to!!!! [heart emoji]" 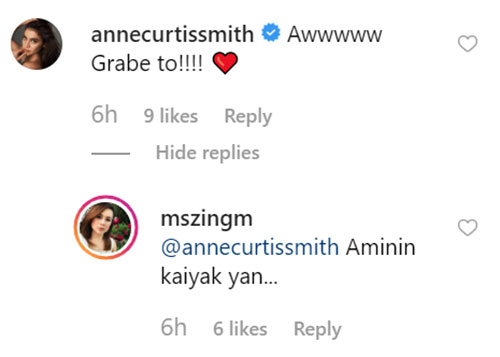 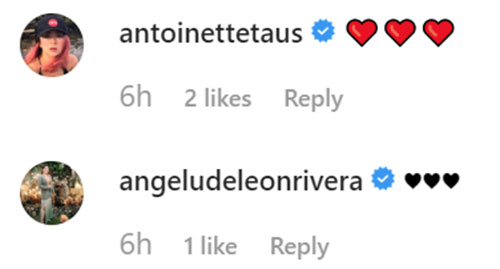 The last part of the TGIS farewell newspaper ad read, "Rest assured, VIVA will keep producing shows that will not be only similar to but even better than TGIS.

It was top-billed by Anne and Aiza, along with Rica Peralejo, Matet de Leon, Bojo Molina, and Dingdong Dantes. The show aired on IBC-13.

In June 2016, Aiza and Anne had a reunion with their TGIS batchmates. Back then, Aiza was in the Philippines for a vacation.