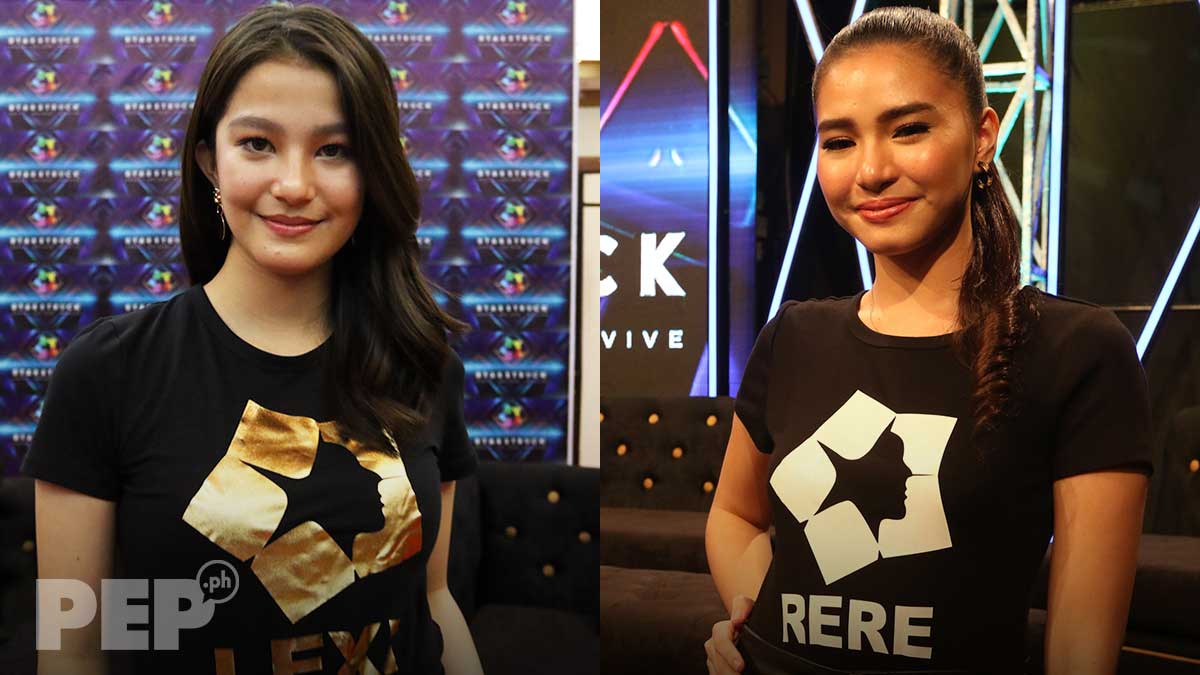 StarStruck finalist Lexi Gonzales has already made amends with her co-finalist, Rere Madrid, after having a misunderstanding with each other.

Their issue started after a StarStruck vote-out session, after Lexi called Rere a "backstabber," and said that Rere had been saying nasty things about her and co-finalist Ella Cristofani.

Weeks later, when Rere got eliminated, Lexi was one of the girls who gave her a tight hug.

Both ended up exchanging comments on their respective Instagram accounts.

According to Lexi, she and Rere were able to rekindle their friendship.

During the first media conference for the Final 14, Lexi told PEP.ph in an interview that she used to be a Star Magic talent before joining StarStruck.

Star Magic is the talent arm of ABS-CBN.

Now that she is already part of StarStruck's final four, PEP.ph asked how happy she is with her decision to seek career opportunities in the rival network.

"So, I think I've developed a lot because of StarStruck.

When asked to compare how she was when she was still with ABS-CBN, Lexi said that a lot changed when it comes to her personality.

Lexi will be competing against Shayne Sava to become this season's Ultimate Female Survivor.

Allen Ansay and Kim De Leon, on the other hand, are vying to become the Ultimate Male Survivor.

The final judgment will be held on September 14-15, 2019, with a taped-as-live episode on Saturday and a live announcement on Sunday.