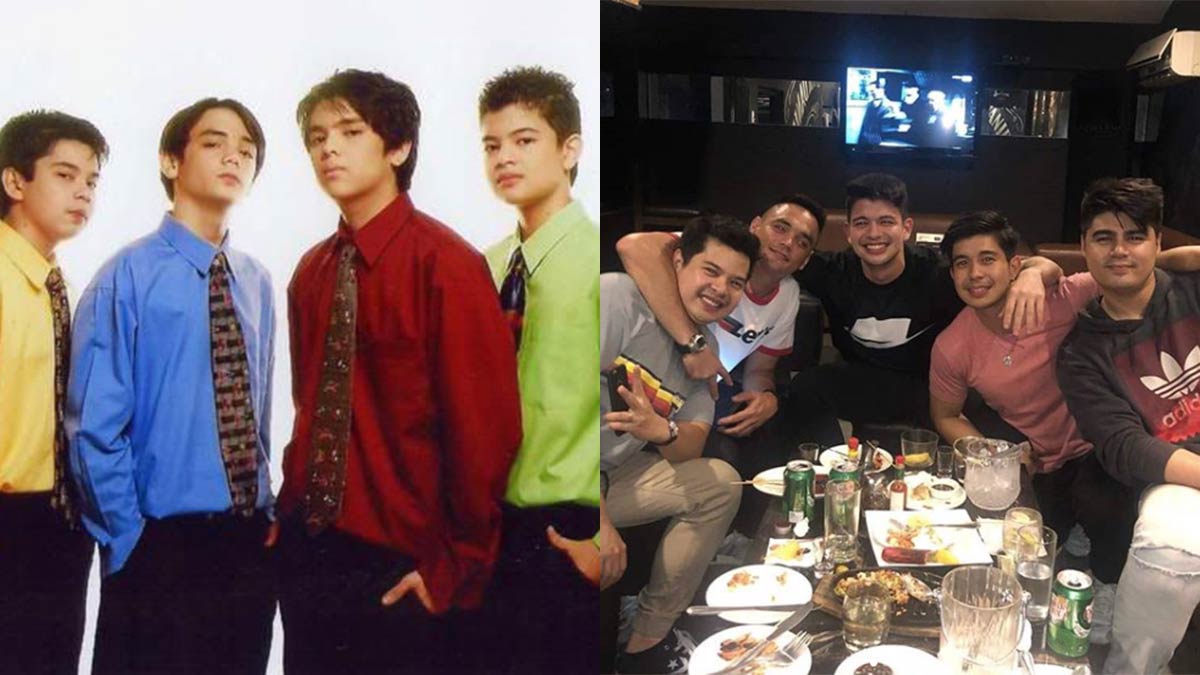 The defunct dance group had a mini-reunion with five of its seven members last week.

Brothers Rayver and Rodjun Cruz, who are now both with GMA-7, posted photos and videos on their Instagram accounts last Thursday, September 18.

Members John Wayne Sace, Sergio Garcia, and Emman Abeleda, who are now inactive in showbiz, were also present at the reunion.

Former FPJ's Ang Probinsyano actor Mhyco Aquino and GMA-7 actor Mico Aytona were not able to make it to the reunion.

Rayver posted a video showcasing the dance moves of the group, 15 years after they were first launched by ABS-CBN's Star Magic.

John Wayne and Sergio also posted photos of the reunion on their Instagram accounts.

Anime was an all-male dance group launched in 2004 by ABS-CBN and its talent arm, Star Magic. They regularly performed in the Sunday variety program, ASAP, and later, in its supplementary youth-oriented version, ASAP Fanatic.

Years later, Rayver and Rodjun were the only ones who remained active in show business.

Both have now transferred to GMA-7, where they first started their careers. Rodjun transferred in 2013, and Rayver followed in 2018.

Mhyco, Mico, and John Wayne would do occasional TV guest appearances in ABS-CBN and GMA-7 shows.

In 2017, when Rayver was still a Kapamilya, some members of Anime were able to reunite on the ASAP stage for the 25th anniversary of Star Magic. Mico, Mhyco, Sergio, and John Wayne were present during the celebration.