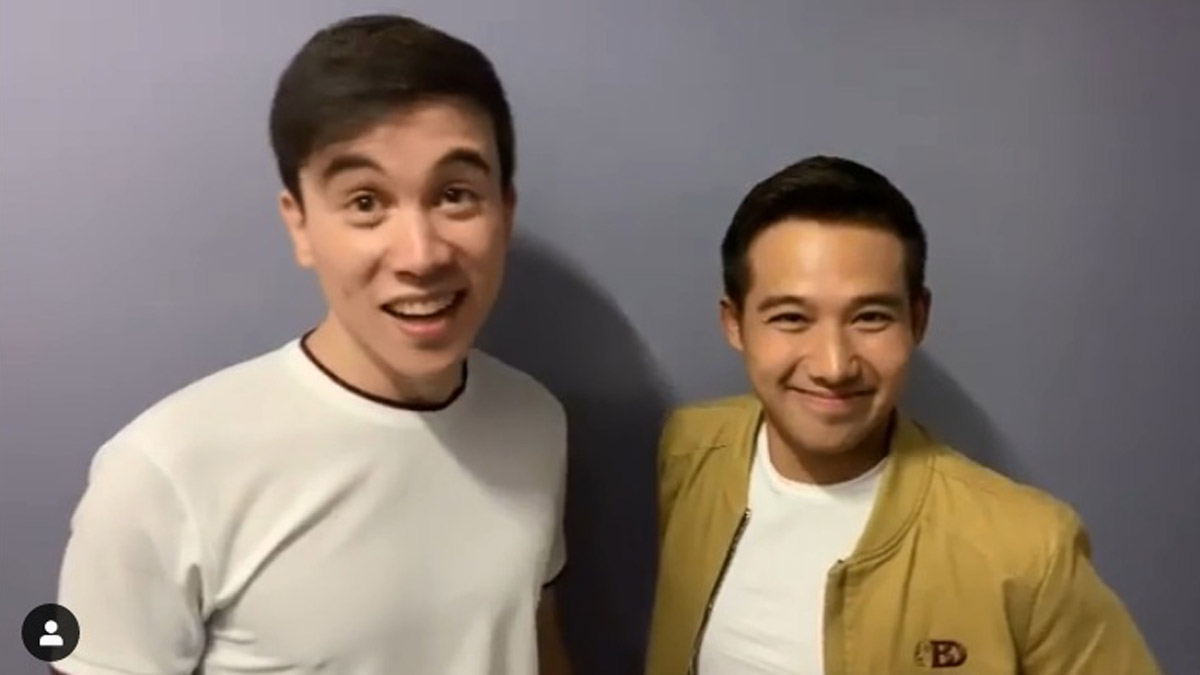 Arjo Atayde (left), who played Elai in The General's Daughter, had an imaginary crossover scene with Ken Chan's Boyet of My Special Tatay.

Arjo Atayde and Ken Chan expressed admiration for each other while bringing life anew to their TV characters with autism.

The network war was set aside by ABS-CBN actor Arjo when he did an imagined scene with GMA-7 star Ken for a short video uploaded in their respective Instagram accounts.

Arjo, who played Elai in The General's Daughter, had a crossover scene with Ken's Boyet of My Special Tatay.

Arjo and Ken channeled their characters as they greeted each other.

Arjo readily agreed to be his friend.

To end the video, Arjo and Ken gave each other a big hug.

Both Arjo and Ken wrote about their encounter in their respective Instagram accounts.

Arjo wrote in his caption: "We both missed our characters and thought it would be nice to bring them back to life to meet each other. Much freakin respect Ken! hello from Elai and Boyet! We miss you! THANK YOU"

Elai, Arjo's character, was recently killed off in The General’s Daughter. This Kapamilya prime-time series is scheduled to end its run this October.