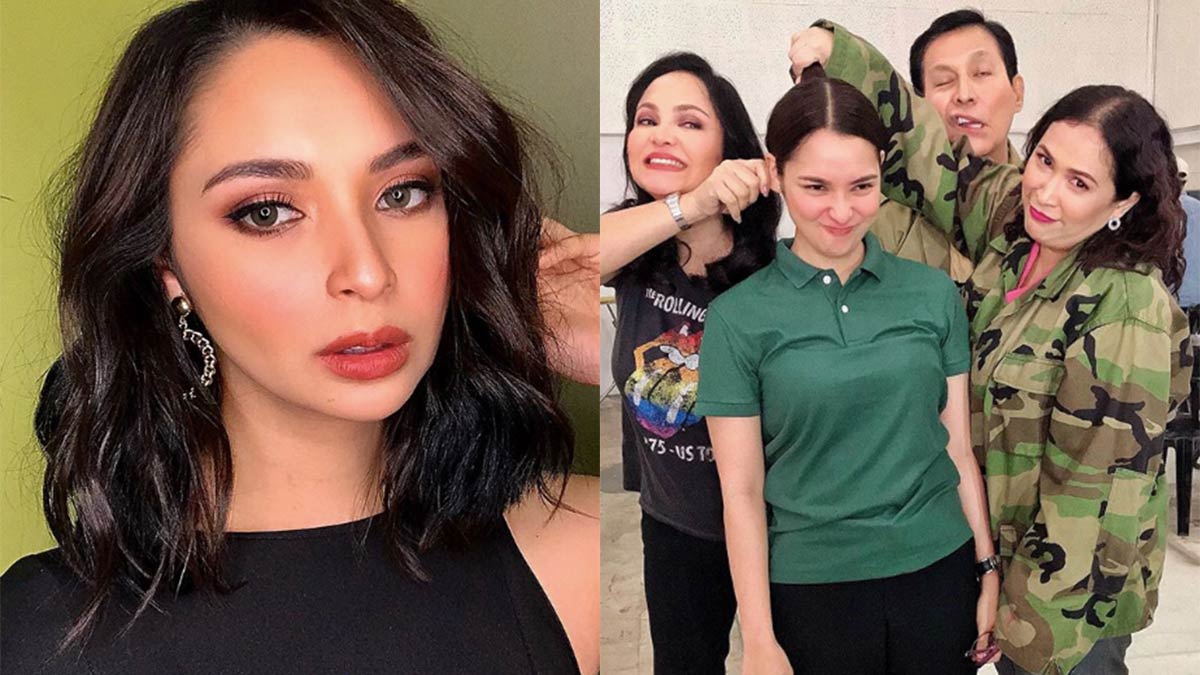 Former GMA-7 actress Ryza Cenon said that she made the right decision to explore and transfer to rival network, ABS-CBN.

The General's Daughter is Ryza's first major project since she transferred to ABS-CBN in early 2018.

Prior to this, she appeared in a guest role in FPJ's Ang Probinsyano and episodes of Ipaglaban Mo.

Dreamscape Entertainment is the drama unit producing The General's Daughter and other ABS-CBN shows such as FPJ's Ang Probinsyano and Kadenang Ginto.

Ryza started her career with rival network GMA-7 in 2005, after winning the Ultimate Female Survivor title in StarStruck Season 2.

After getting a lead role in Now and Forever: Mukha with StarStruck co-finalist LJ Reyes, Ryza was given supporting roles in most of her projects.

In 2016, Ryza got a big break in her career when she became the main kontrabida in the afternoon series Ika-6 Na Utos. She made her mark as the mistress Georgia because of her confrontation scenes that became viral in social media.

In June 2017, while still doing Ika-6 Na Utos, Ryza left GMA Artist Center and signed a contract with VIVA Artists Agency. This started rumors that she would be transferring to ABS-CBN, but she stayed with Ika-6 Na Utos until March 2018.

In April 2018, after Ika-6 Na Utos ended, Ryza signed a contract with ABS-CBN.

RYZA AS JESSIE IN THE GENERAL'S DAUGHTER

When Ryza was doing Georgia in Ika-6 Na Utos, she received a lot of bashing because of her mistress character.

The actress admitted that she got affected by the bashing, especially when she started receiving death threats.

But with her second kontrabida role in The General's Daughter, Ryza said that she has embraced it.

Ryza was referring to the fact that she responds to Twitter users who have been expressing their opinions about Jessie's character.