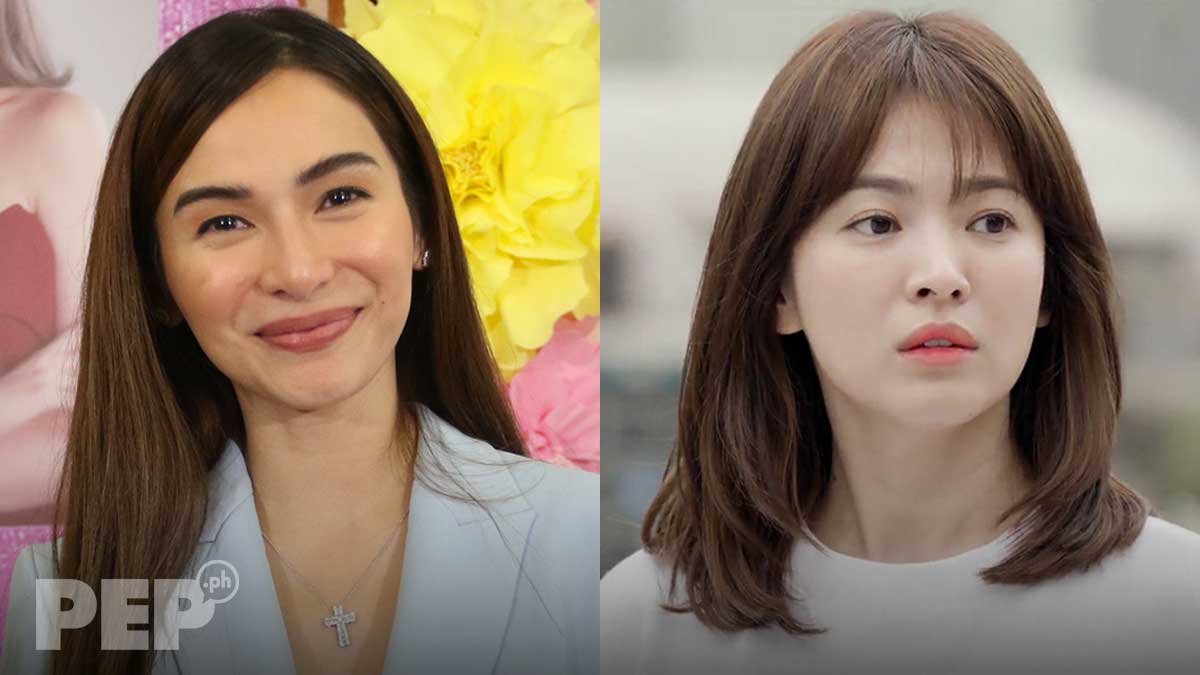 Jennylyn Mercado is confirmed to be top-billing GMA-7's adaptation of Descendants of the Sun.

The character of Dr. Maxine Kang (nicknamed Beauty) was portrayed by Song Hye Kyo in the Korean version.

Her character is the love interest of Captain Lucas, who will be portrayed by Dingdong Dantes.

Through her Instagram account, Jennylyn admitted that she feels pressured about bringing life to this popular character.

She wrote: "Hi everyone. Minsan lang ako magpost about my projects and hindi ko mapigilan ang sarili ko. I am super happy to portray Dr. Maxine De La Cruz of Descendants of The Sun The Philippine Adaptation.

"When I heard they started taping already and preparing for the soap, ako din nacurious kung sino nga ang napili para sa role. When I learned that it was me, I was overwhelmed with gratitude for GMA’s trust and also pressured since I know how big this project is. I promise I would do everything to give justice to the role. I won’t let you all down.

DESCENDANTS OF THE SUN CASTING TIMELINE

It was in late 2016 when GMA-7 announced that it already acquired the rights to do a Filipino version of Descendants of the Sun. It was in July that year when the network aired its dubbed version of the Korean drama series.

However, it was only in 2019 when the Kapuso network presented Descendants of the Sun as part of its upcoming programs.

On April 22, 2019, the network announced that Dingdong Dantes will top-bill the remake, assuming the role of Captain Lucas, formerly played by Soong Jong-Ki.

Weeks later, on May 1, 2019, it was reported by PEP Alerts's Cabinet Files column that Jennylyn Mercado will portray Dr. Maxine Kang, or the love interest of Captain Lucas, in the Kapuso remake.

The report also pointed out that Rocco Nacino will portray Sgt. Diego, while Jasmine Curtis-Smith will play Lt. Moira.

Rocco and Jasmine's participation were confirmed during the June 20 contract signing of GMA Entertainment Group's partnership with the Armed Forces of the Philippines (AFP).

During this event, the identities of the supporting cast members were revealed. However, Dingdong's leading lady was not announced during the presentation.

When Jennylyn was asked about Descendants of the Sun during her contract renewal with GMA-7 on July 26, 2019, she said that she doesn't know yet if she will be part of the Kapuso show.

At that time, Jennylyn was still doing the Kapuso prime-time series Love You Two.