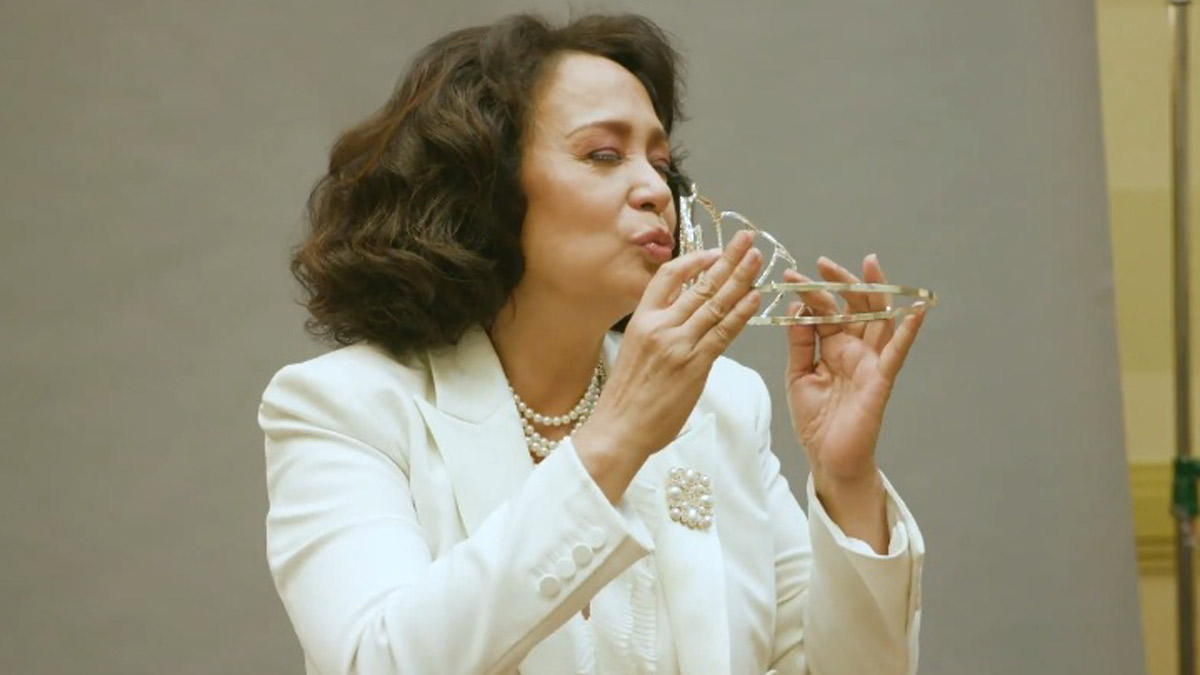 The Filipina beauty queen-turned-actress will be seen in season 2 of the popular black drama-comedy series.

She plays a pageant queen named Gloria Reyes in Insatiable Season 2, which will be available on Netflix starting October 11.

"In every pageant, there is always the big diva," said Gloria in the BTS video.

The former Miss Universe admitted that she initially thought the offer was a mistake.

"I kept quiet to myself when Netflix first talked to me.

“I was a little shy. In fact, I thought maybe they made a mistake. Everybody here was so nice.”

Accompanied by a camera crew, Gloria showed viewers the set of Insatiable.

Debbie Ryan, who plays lead character Patty Bladwell, greeted Gloria with a warm hug and said, “We’re having so much fun with you. You’re really bringing on the glamor.”

Gloria recalled how she overcame her nervousness while doing the American TV show. “I was very, very tense but my director told me, 'Relax. Act like a diva.' "I said, 'That sounds like me.'”

In the video clip, she had to introduce some of her co-stars. Gloria proudly mentioned that Vince Rodriguez III, who plays Detective Rudy Cruz, is Filipino. The actor confirmed this by answering “Opo.”

Vince Rodriguez is a Filipino-American actor who made headlines when he was cast in an American show, playing the romantic lead in Crazy Ex-Girlfriend.

Gloria then showed her very own trailer with her name on it. It featured a huge wardrobe section.

To end the video, Gloria waved good-bye to the crew and showed everyone her own version of the "lava walk.”

Insatiable revolves around Patty Bladell, a high school student who was constantly bullied for being overweight. After undergoing a dramatic change in her life, she becomes thin and seeks revenge on her bullies as she transforms into a pageant queen.