Starla pilot episode vs. The Gift: who wins in the ratings game? 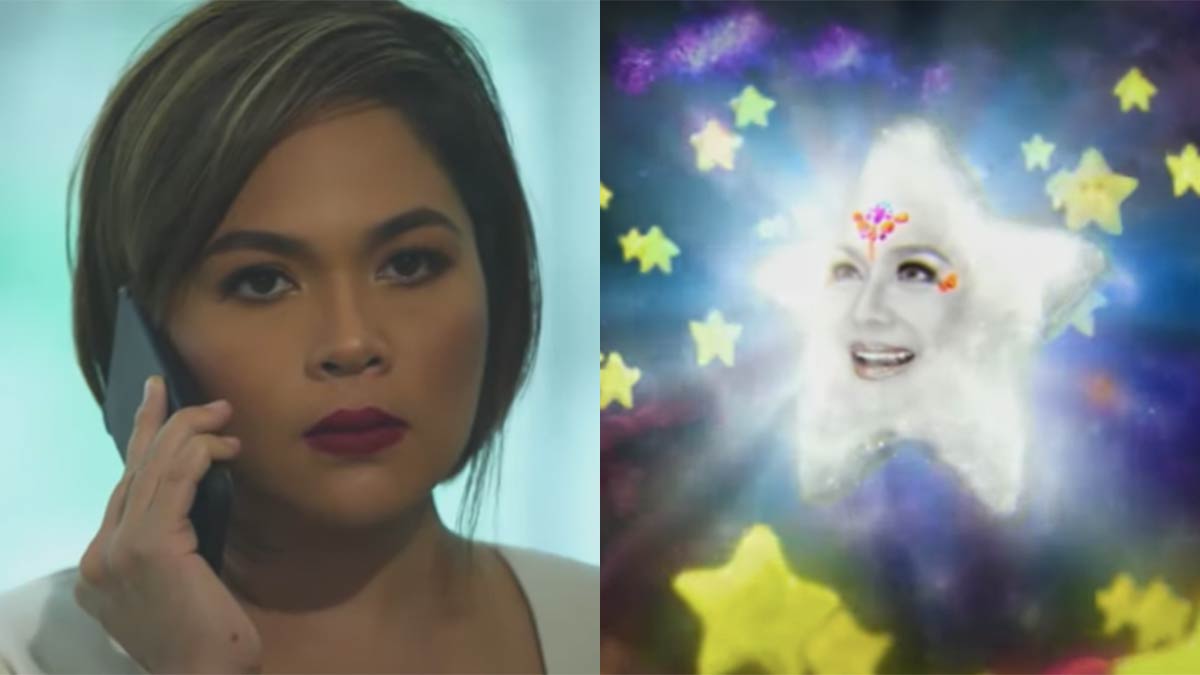 In Starla, Judy Ann is cast as the ruthless Teresa, a successful lawyer who wants to seek revenge on her despised hometown Baryo Maulap, which she claims is a symbol of her defeat.

The new prime-time series opened with the story of Buboy (Enzo Pelojero), a young boy who escaped from an orphanage.

Buboy saw a constellation of stars that led him to Barrio Maulap where the residents thought that the light was coming from fireflies.

The people in Barrio Maulap believed that these fireflies will bring good luck and abundance to their barrio.

It turned out that the fireflies were actually wishing stars sent by Lola Tala (Charo Santos-Concio) to have a "field trip" in the mortal world.

Lola Tala then noticed that one of her wishing stars was missing.

Buboy was so amused with the twinkling stars that he caught one of them, who turned out to be Starla (Jana Agoncillo).

Because of the heavy rain, Buboy snuck inside Mang Greggy’s (Joel Torre) kamalig and slept there for the night.

Seeing that Buboy was shivering from the cold, Starla unleashed her powers to keep Buboy warm.

The next day, Mang Greggy saw that some of his hatched eggs were stolen. He then caught Buboy sleeping in the kamalig, and blamed him for the missing eggs.

The grumpy old man drove Buboy away but he suddenly experienced an arthritis attack.

Buboy insisted on staying so he could help Mang Greggy feed the chickens. Mang Greggy then allowed Buboy to stay with him for another night.

The next day, the townsmen of Barrio Maulap attended a town meeting.

A huge company called the Rosales Group started its campaign to buy the lands of Baryo Maulap.

The townsmen were almost convinced to sell their land, but Mang Greggy spoke up and pointed out that the company was only trying to outsmart them. He then convinced his kababayans to decline the offer.

Dexter (Joem Bascon) reported what happened to his boss, who was visibly displeased.

Apparently, it was a rich businesswoman named Teresa (Judy Ann) who wants to buy the town. She became furious that it was Mang Greggy, her estranged father, who was hindering her plan.

Future episodes of Starla will unveil Teresa's reasons for harboring ill feelings towards Barrio Maulap and her father. Viewers will also see if Buboy and Starla can cause Teresa to have a change of heart.

How did the pilot episode of Starla fare in the ratings game?

Starla, the teleserye comeback of Judy Ann Santos after five years, registered a TV rating of 29.2%, according to data provided by Kantar Media.

The Gift, which stars Alden Richards, tells the story of a man who became blind after a tragic incident.