WHERE ARE THEY NOW: Star For A Night finalists 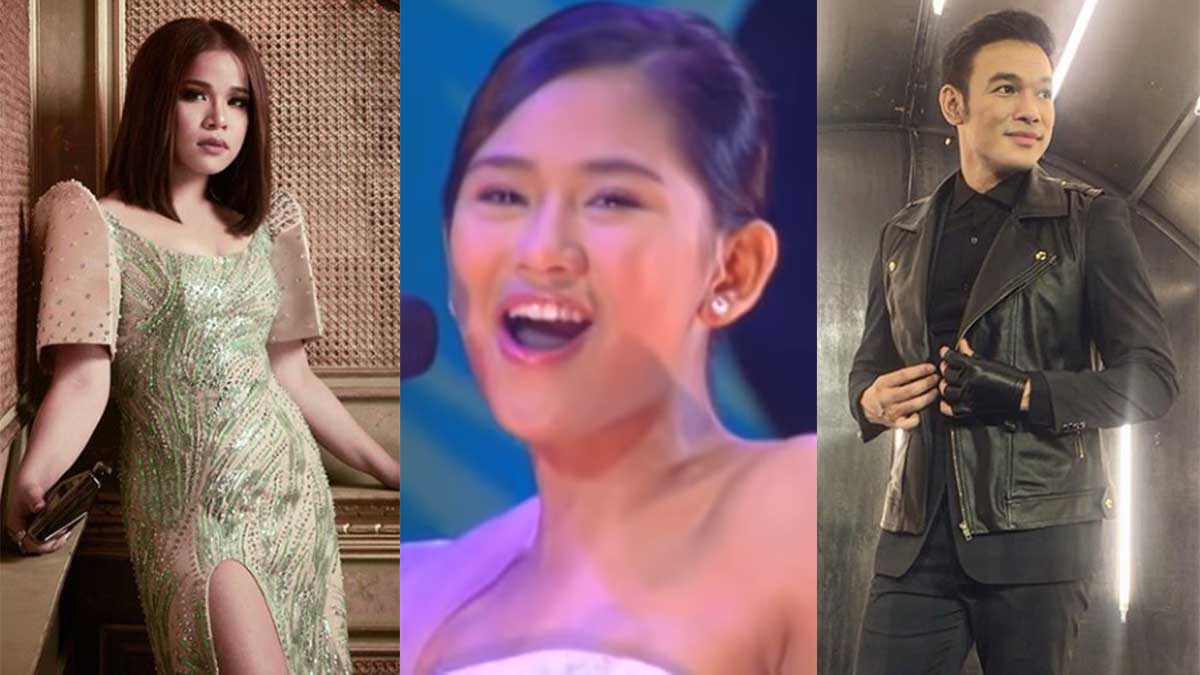 PEP.ph takes a look at the careers of the finalists of VIVA TV's singing competition, Star For A Night, with Sarah Geronimo (middle) as the grand champion. Klarisse de Guzman (left) and Mark Bautista were some of Sarah's co-finalists.
PHOTO/S: @klarissedguzman / @iammarkbautista on Instagram / Star For A Night (VIVA TV)

It has been 17 years since IBC-13 and VIVA Television launched its reality singing competition, Star For A Night, in March 2002.

Known as the first televised singing competition during its time, Star For A Night gave aspiring singers the chance to showcase their talents and become a recording artist.

On the night of March 1, 2003, Megastar Sharon Cuneta, who was one of the judges, announced that 14-year-old Sarah Geronimo was the grand winner of the competition.

Some of Sarah's co-finalists were still able to make a name for themselves, after joining other contests or pursuing a career in the music industry.

PEP.ph (Philippine Entertainment Portal) looks back on the finalists of Star For A Night to see where they are now 17 years after the show's grand finals in 2003.

Sarah Geronimo emerged as the winner of Star For A Night, with Celine Dion's "To Love You More" as her winning piece.

VIVA immediately groomed Sarah to be a singing superstar and dubbed her as the Popstar Princess.

Among Sarah's hits during this time were "Forever's Not Enough" and "Sa Iyo." She was also tapped to sing the theme song of GMA-7's teleserye, Twin Hearts, starring Tanya Garcia and Dingdong Dantes.

Sarah became a performer of GMA-7's variety program SOP, and starred in several VIVA movies such as Filipinas (2003) and Lastikman (2004). Her life story was also depicted in GMA-7's drama anthology, Magpakailanman, with Kyla portraying her on the small screen.

In 2004, a year after Sarah won Star For A Night, VIVA transferred her to ABS-CBN.

Sarah became one of the regular performers of ASAP, where she shared the stage with Erik Santos, Sheryn Regis, Christian Bautista, and Jed Madela, among others in a segment called "Champions Showdown."

In ABS-CBN, Sarah's acting career went full steam after she was given her first drama series, Sarah The Teen Princess, where she was cast as Sarah Alagao. This was the first TV series that aired from Monday to Saturday. Although the series struggled in terms of TV ratings and experienced several timeslot changes, Sarah The Teen Princess continued to air for seven months.

Sarah would later headline a remake of Sharon Cuneta's Bituing Walang Ningning in 2006, and another musical drama, Pangarap na Bituin, in 2007. She also did episodes of Maalaala Mo Kaya.

Although Sarah had already done several movies in the past, she became a certified movie star in 2008, when she was paired with John Lloyd Cruz in the romantic-comedy film A Very Special Love. The sucess of the movie gave birth to two more sequels that were also box-office hits: You Changed My Life in 2009 and It Takes A Man and A Woman in 2013.

In 2010, Sarah returned to acting via the huge musical series, iDOL. Unfortunately, the series suffered low ratings and schedule constraints, which is why it was cut short.

In 2012, Sarah would top-bill her own musical-variety program on primetime, titled Sarah G. Live!

A year after Sarah G. Live! ended its run, the Popstar Princess became a coach in ABS-CBN's singing competition, The Voice of The Philippines. She served as a coach in all of its editions, except for The Voice Kids season 3.

In a span of 17 years, Sarah received a lot of local and international accolades for her music. The most recent was the Most Popular BAMA Artist at the 2018 Big Apple Music Awards held in the United States.

She is also the first Filipina singer to have a concert-documentary streaming on Netflix titled THIS i5 ME. Her 2018 movie, Miss Granny, is currently being streamed on Netflix.

Ss for Sarah's personal life, she has been in a relationship with actor Matteo Guidicelli since 2013.

Sarah is currently a coach in The Voice Kids season four, and is busy promoting her latest movie project, Unforgettable. She is also one of the main hosts of ASAP Natin 'To. 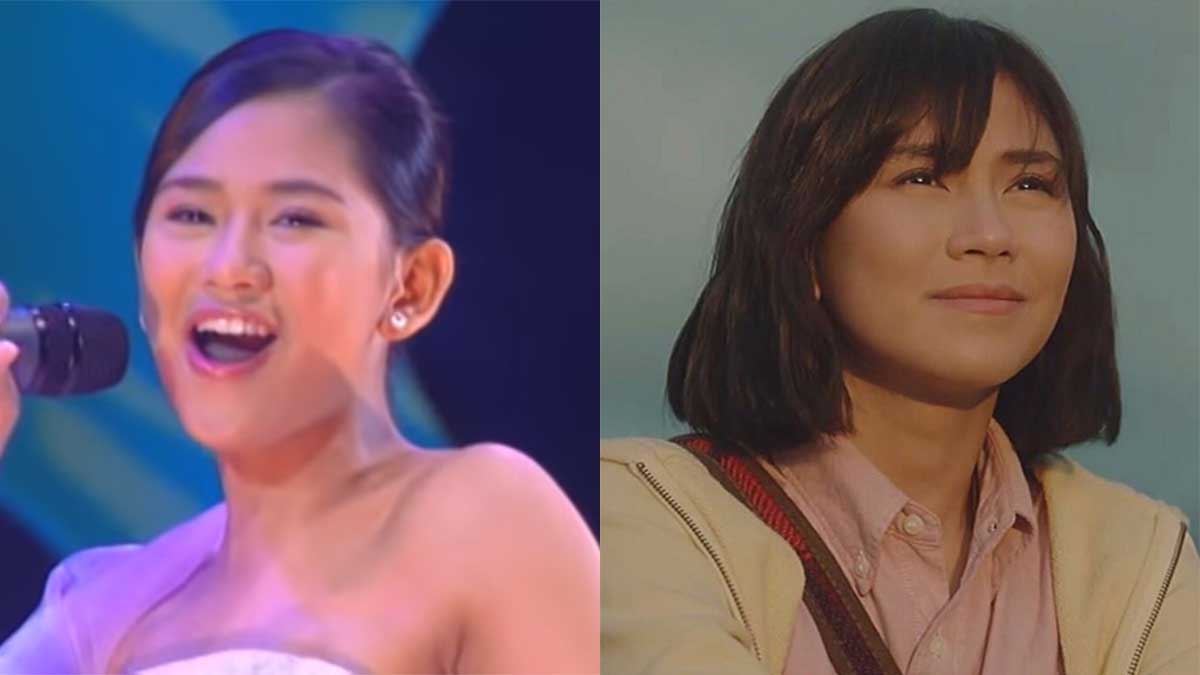 Mark Bautista placed first runner-up during the grand finals of Star For A Night, but VIVA also groomed him to become one of the most recognizable balladeers of his generation.

The talent agency also banked on Sarah and Mark's popularity as a love team that they were able to do duets for songs such as "Broken Vow" and "Ako'y Maghihintay."

In 2004, Mark was given the title role in the movie Lastikman, with Sarah as his leading lady. They were also paired in Sarah The Teen Princess.

In 2007, Mark did his first drama series without Sarah, which was Sana Maulit Muli. He portrayed the role of Gloria Diaz's young lover.

In 2014, Mark portrayed the role of Ferdinand Marcos in the musical Here Lies Love, which was staged at the Royal National Theatre in London.

In early 2018, Mark wrote a book titled Beyond The Mark, where he came out as bisexual, and narrated how he spent one drunken night with a guy friend.

At present, Mark is a host of GMA-7's late-night variety-musical program, Studio 7. 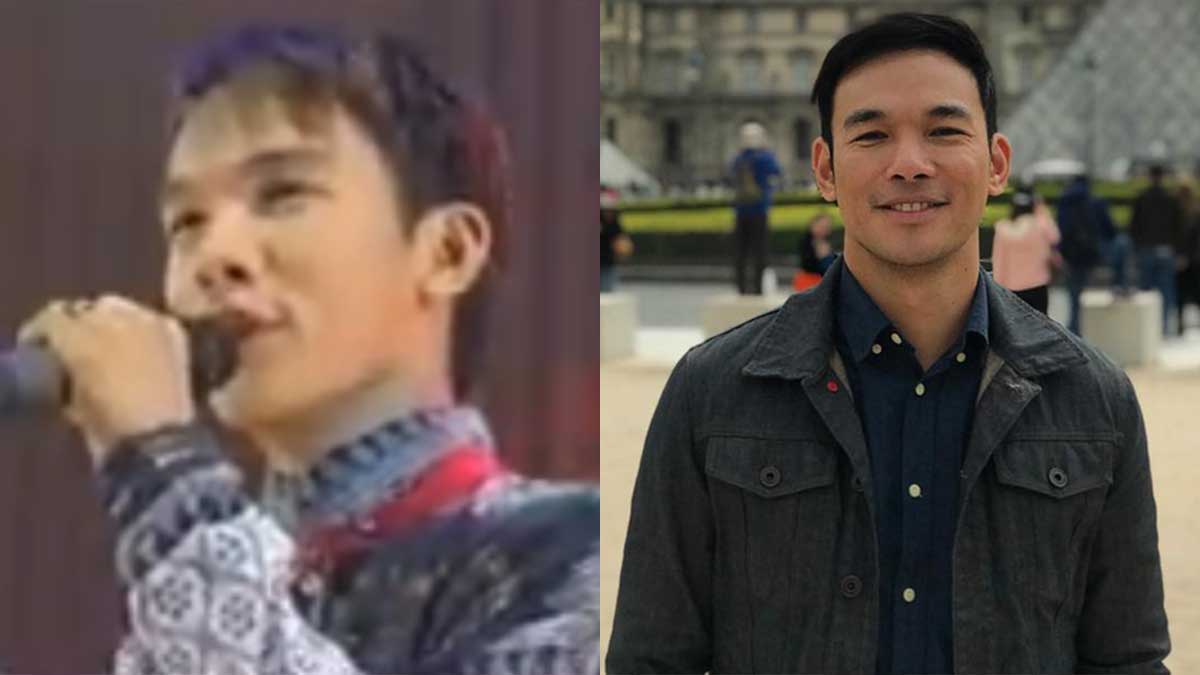 Angeline Quinto was one of the grand finalists of Star For A Night, but she failed to win the grand prize.

After her stint in the show, Angeline also joined Magandang Tanghali Bayan's "Teen Popstar," where she emerged as grand champion with Sherilyn Flores. However, they were not given projects by ABS-CBN.

Months later, Angeline joined ABS-CBN's Star Power: Sharon's Search for the Next Female Pop Superstar, where she emerged as the grand champion during the grand finals held in February 2011.

It was revealed in her Maalaala Mo Kaya life story that Angeline had depression after losing Star For A Night and tried to commit suicide, but she was able to overcome her problems.

In a span of her eight-year career, Angeline was able to launch five albums and produce several hits.

This is why Angeline was tagged by the Kapamilya network as "The Queen of Teleserye Theme Songs."

Angeline also ventured into acting via the 2012 movie Born To Love You with Coco Martin. This was followed by a teleserye titled Kahit Konting Pagtingin in 2013. Her most recent acting stint was in FPJ's Ang Probinsyano, aired in 2018.

She also top-billed movies produced by Regal Films such as Foolish Love (2017) and That Thing Called Tanga Na (2017).

Aside from occassionally appearing in ASAP Natin 'To, Angeline's regular show is the interactive game show I Can See Your Voice where she serves as a sing-vestigator. 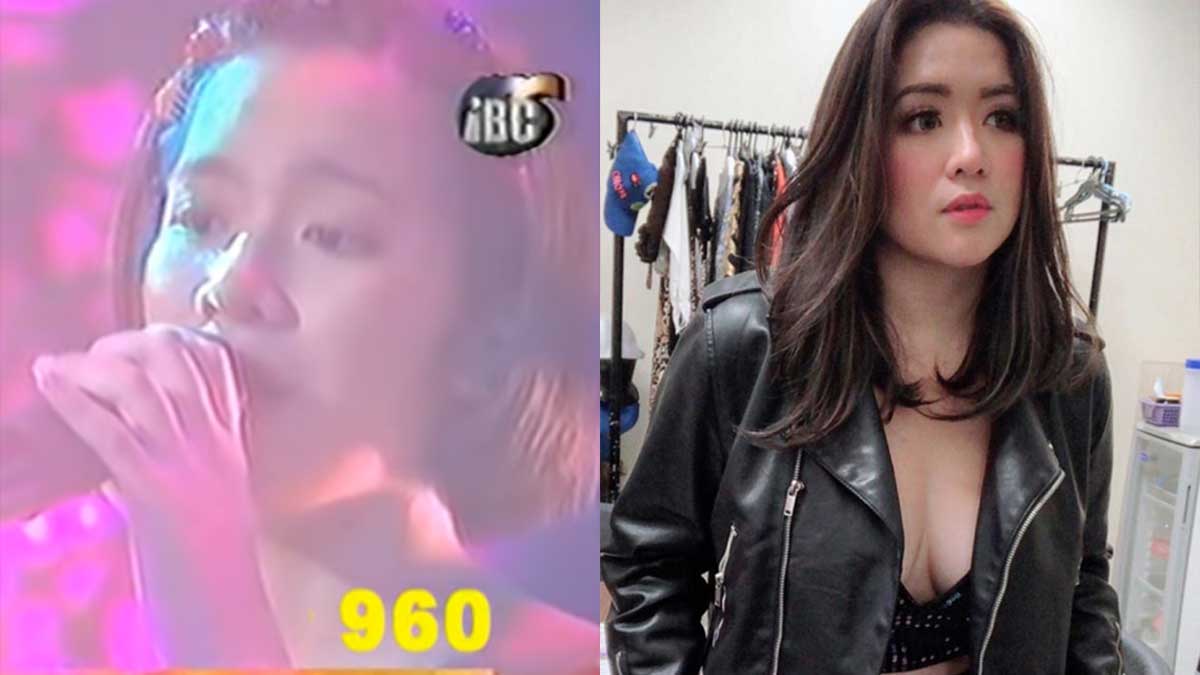 Mau Marcelo did not win in Star For A Night during the grand finals but she did win another contest: Philippine Idol.

Philippine Idol was the first Idol franchise to air in the Philippines via ABC-5 in 2006.

However, Mau did not pursue showbiz fulltime, although she would ocassionally appear in ABS-CBN's ASAP and GMA-7's SOP. She was able to release two albums in 2007: On My Own and I Shine For You.

In 2018, after taking a long break from showbiz, Mau tried her luck again by joining It's Showtime's Tawag ng Tanghalan segment. However, she failed to join the finals.

Mau was also among the medalists of the World Championship of Performing Arts (WCOPA) competition held at Long Beach, California in July 2018.

In 2019, Mau's daughter Trish Bonilla auditioned for Idol Philippines, ABS-CBN's incarnation of the Idol franchise. Trish was able to make it to the Final 12, but was eliminated on the second live show. 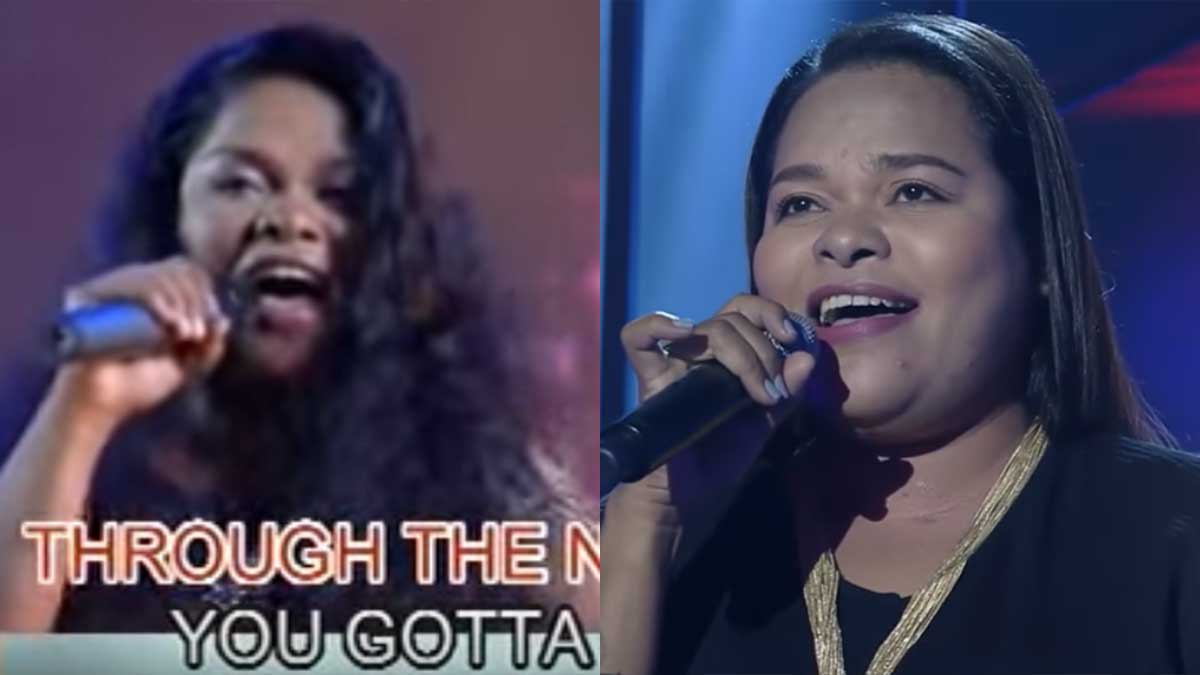 Klarisse de Guzman tried her luck in Star For A Night monthly finals when she was 10 years old. She even fought against the 13-year-old Sarah Geronimo during the monthly finals, but Klarisse was not able to make it to the grand finals.

In 2013, Klarisse crossed paths again with Sarah via The Voice of the Philippines. Sarah became Klarisse's coach in the Kapamilya show. Klarisse made it to the grand finals and finished first runner-up to Mitoy Yonting.

Klarisse was tapped to sing theme songs for Kapamilya teleseryes, such as Mira Bella (2014) and Doble Kara (2015). She also became a part of ASAP's Birit Queens. 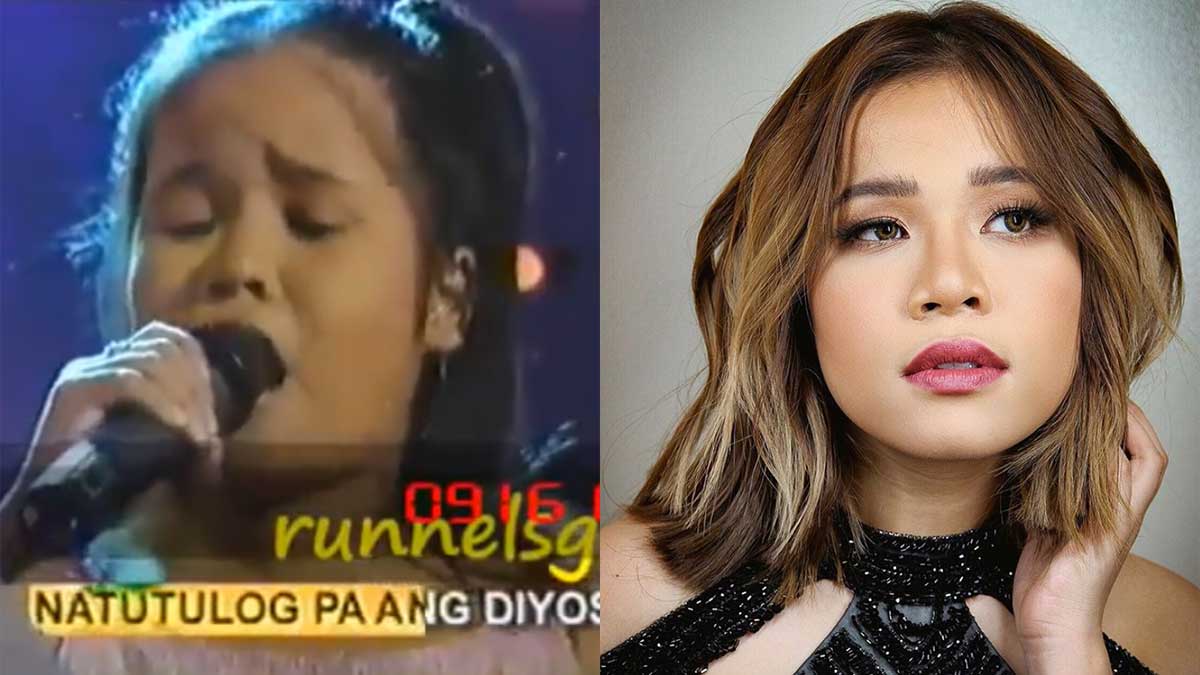 After the contest, in 2003, Angeli Mae portrayed the young Carol Banawa in Maalaala Mo Kaya.

In 2008, Angeli tried her luck again in showbiz when she joined Pinoy Idol in GMA-7, and ended up getting a spot in the Top 12. The following year, in 2009, she was tapped to sing the theme song of Sine Novela presents Dapat Ka Bang Mahalin?

In 2015, Maya returned to the Philippines and was managed by PPL Entertainment Inc, headed by Perry P. Lansigan. Maya then formed a duo with another PPL talent, Migz Haleco.

In 2016, Migz and Maya were tapped to do a rendition of Barbie Almalbis's "Ambon." This was used as the theme song of Bea Alonzo and Gerald Anderson's movie, How To Be Yours. Migz and Maya also launched an album under Star Music.

In that same year, it was revealed that Maya was in a relationship with actor Geoff Eigenmann. In 2017, Maya gave birth to their first child, Arabella Simonein. 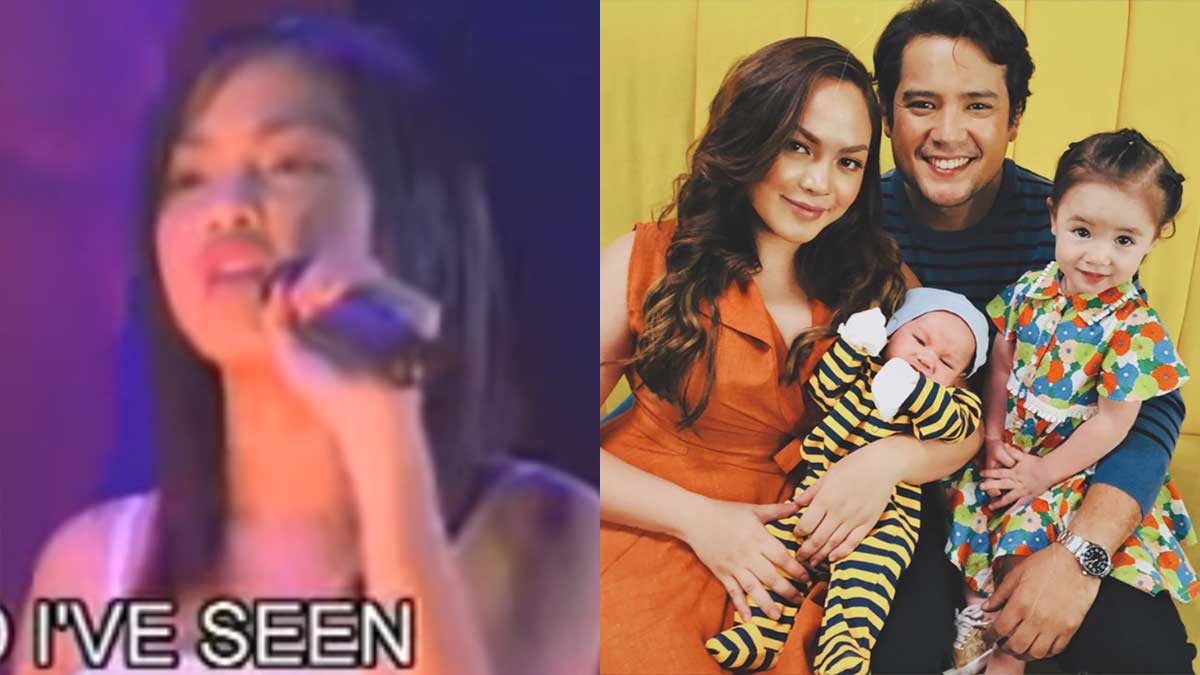 Kristela Musica Cristobal, who was called Musica during the competition, was one of the grand finalists of Star For A Night.

Musica was then cast as as one of Sarah's friends in the ABS-CBN drama series, Sarah The Teen Princess. Musica became known for winning Magandang Tanghali Bayan's popular segment, "High Ka Diva."

Musica then decided to shy away from the limelight.

In 2014, Musica tried her luck again in showbiz by joining the second season of The Voice of the Philippines, where her co-finalist, Sarah Geronimo, was one of the coaches. However, during her blind auditions, the coaches did not turn a chair for Musica.

When the coaches faced Musica, Sarah was suprised to see her and gave her a hug on stage. They then did a duet of the Destiny's Child song "Emotions," Musica's piece during Star For A Night's grand finals.

Musica is currently active on social media and continues to do acoustic shows in places such as Resorts World Manila. 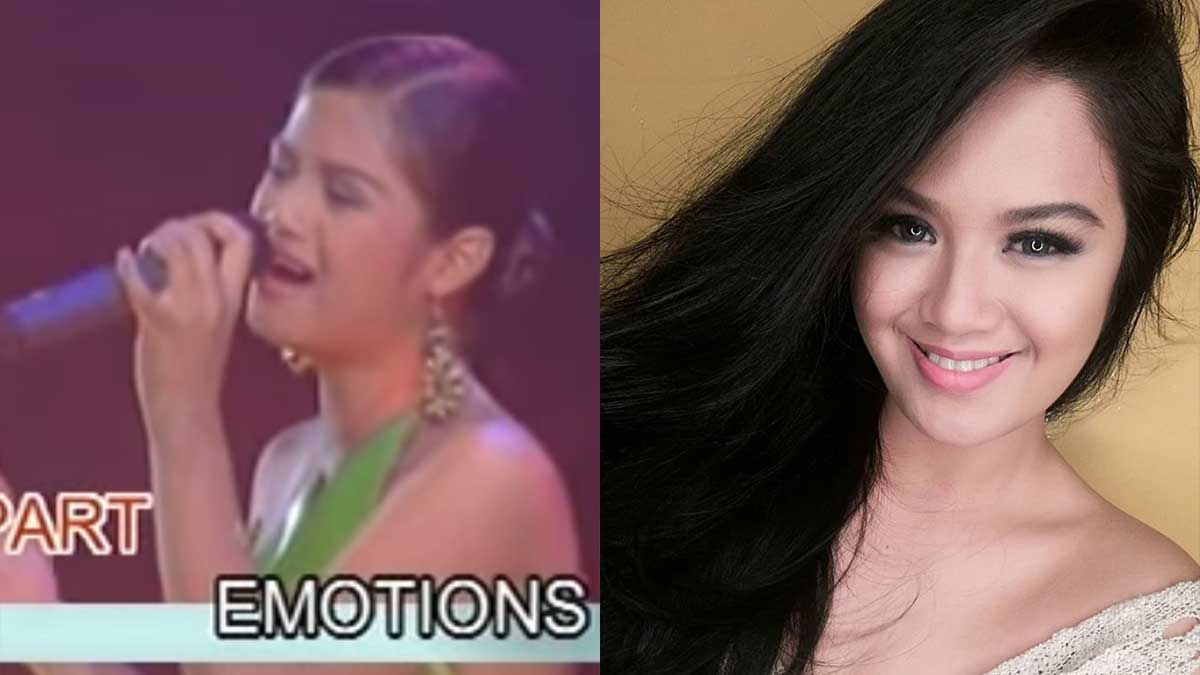